Soda ads with health warnings? That's about to be a real thing 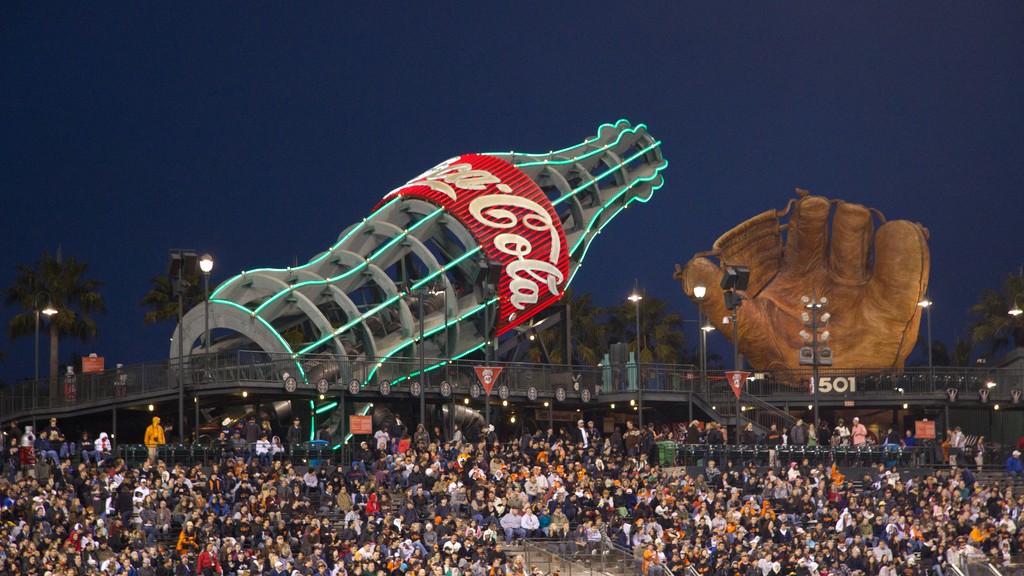 Time to slap a warning on the bottle over AT&T Park? Dan_H
Food

Soda ads with health warnings? That’s about to be a real thing

Last year, an initiative to tax sugary beverages in San Francisco failed, so instead the city’s board of supervisors voted unanimously Tuesday to require companies to slap a warning label on their sugary-beverage ads. The labels won’t go on the cans and bottles themselves, but the law does require all ads to bear the words:

WARNING: Drinking beverages with added sugar(s) contributes to obesity, diabetes, and tooth decay. This is a message from the City and County of San Francisco.

The warning must comprise 20 percent of the advertising space. Existing ads get a pass: The Coke bottle over the Giants’ field and the neon billboard that greets drivers as they come off the Bay Bridge won’t have to add labels. But you can see how the warning rule would discourage any more high-profile ads like those.

At the same time, San Francisco prohibited the use of city money to purchase sugary drinks and banned advertisements for them from city property. That’s quite an assault on sweet beverages, but it’s still mild in comparison to the some of the horrific labels showing up on cigarettes.

Many studies have suggested a strong causal link between sugary drinks and weight gain. One study found that children that drank a soda a day increased their odds of becoming obese by 60 percent. That’s persuasive evidence. But I suppose the world is not yet ready for a label that says “Please drink me, I’d like to take up residence in your subcutaneous regions.”