Somebody in Trump's cabinet came out in favor of carbon pricing? 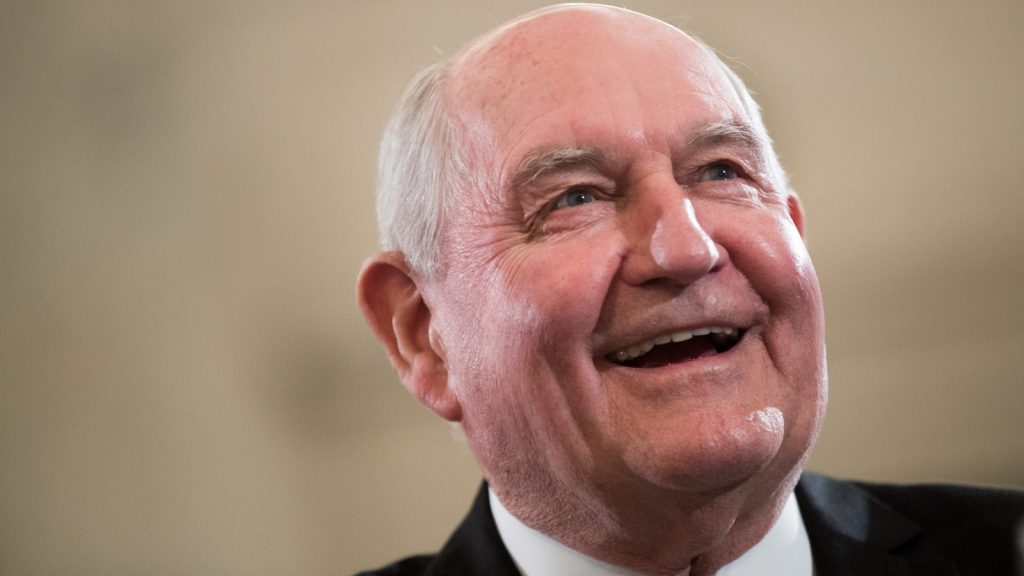 Somebody in Trump’s cabinet came out in favor of carbon pricing?

Trump’s agriculture secretary managed to alarm lots of rural conservatives and White House staffers when he broke with the administration last week to say that farmers would make money if the government did what economists, think tanks, and some old-school Republicans have been clamoring for — putting a price on carbon.

“If it is a social goal and social priority there, then let’s put a price over carbon emissions,” Sonny Perdue told reporters. “And I think you can really see farmers show out in their carbon sequestration efforts.”

The biggest farm-lobbying group, the Farm Bureau, has long opposed any carbon-pricing plans. But it has warmed a bit to the idea that farmers might benefit: In January the conservative lobbying group voted to support research on carbon-storing soils, and “unbiased science-based research on climate change.”

Perdue’s apparent break with White House orthodoxy had the executive-branch’s flaks scrambling to spin the story. Perdue couldn’t possibly have proposed that the government put a price on carbon emissions, they said, because President Donald Trump opposes that. Instead, he was simply pointing out that farmers could win: “If the free market puts a value on carbon,” an Agriculture Department spokesperson told the Washington Examiner.

Oh, okaaaaay. It’s unclear how the free market would impose a price on carbon pollution, but sure. Putting aside the spin, was Perdue right? Would farmers benefit if we put a price on carbon? It’s a worthwhile question with agriculture responsible for about 9 percent of the greenhouse gasses emitted in the United States.

Back in 2009, when Congress came close to passing a climate bill, scholars were asking these same questions. One of the people to do the math was economist Bruce Babcock, then at Iowa State, and now a professor at the University of California at Riverside. Babcock calculated that a carbon price would drive up the cost of propane farmers use to dry their corn the diesel that fuels their tractors, and the nitrogen fertilizer spread on their fields. But all those costs could be wiped out if farmers were paid for storing carbon in soil.

A price of $20 per ton of carbon dioxide would increase an Iowa farmer’s costs by about $4.50 an acre, while no-till farming could earn that farmer $8.00 per acre, Babcock calculated. So farmers wind up netting $3.50 thanks to a carbon tax.

The basic math still applies today, but a couple dollars an acre probably wouldn’t convince farmers to make major changes, Babcock said. “A more productive way would be to convince them they have a private benefit from better soil health. Improving soil is the best investment they can do, and carbon is an indicator of healthy soil.”

It always depends on the individual farm, but most would be able to adapt to a price on carbon emissions. But adapting to climate change is a different story. “Given how much irrigated agriculture in the West relies on consistent mountain snowfall and Corn Belt agriculture relies on warm summers with abundant rainfall, any disruptive change in climate will have a far greater impact on livelihoods than will the price of carbon,” Babcock wrote.