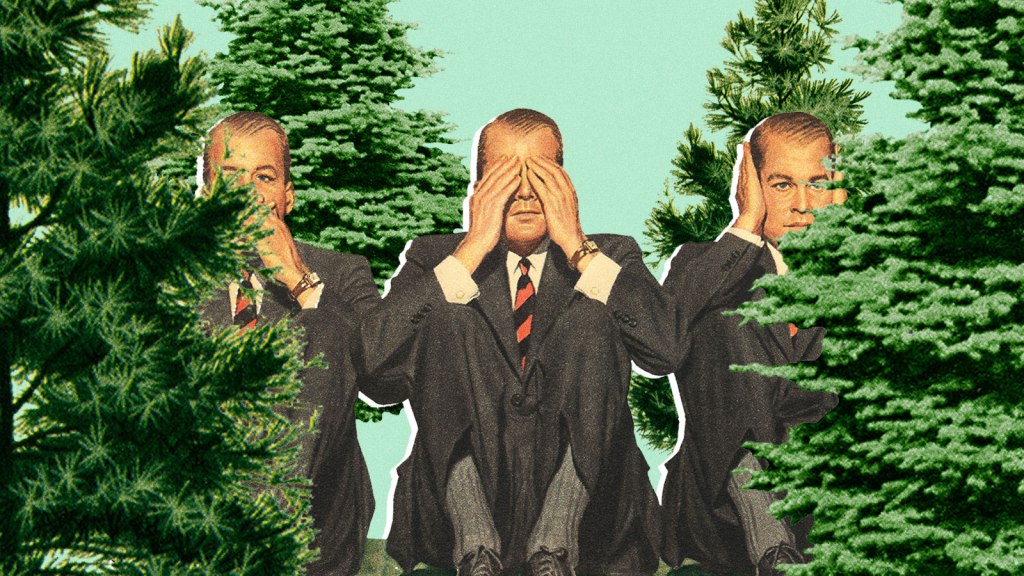 When it came time to vote on a bill to limit greenhouse gas emissions in the Oregon Senate on Monday, the Republican state senators’ chairs were empty. All of them except state Senator Tim Knopp of Bend had run away from Salem in an attempt to kill Oregon’s cap-and-trade bill. Again.

That left Democrats one senator short of the 20 they need to hold a vote, effectively putting the state government on pause. If signed into law, the legislation would make Oregon the second state in the country after California to adopt a cap-and-trade program. But that would require bringing Republicans back to Salem.

It’s the third walkout by Oregon Republicans in 10 months: the first for a business tax to raise money for Oregon schools, and the second for the vote on the cap-and-trade bill last June, which ended up lacking enough Democratic support to pass.

“Frankly, the entire world is watching,” Governor Kate Brown said in a news conference on Monday. “We need to get this done now. The votes are there to pass it straight up.”

Brown said she had “bent over backwards” to make compromises with the Senate Republicans. “They’re adults,” she said. “They need to come back to the building. They need to do the jobs they were elected to do. And instead, they’re taking a taxpayer-funded vacation.”

There are still two weeks left of the 35-day legislative session — and if one of the senators comes back, it’ll be enough to hold a vote.

The Senate Republicans have been threatening to walk out for weeks, arguing that Democrats were refusing to compromise with them on the cap-and-trade bill, which is opposed by some odd bedfellows. The logging industry argues that it would raise fuel costs, threatening a compromise the industry had made with the state’s environmental groups. Climate activists with Portland’s Sunrise Movement oppose the cap-and-trade policy, arguing that it isn’t strict enough.

Despite Oregon’s reputation as a green state, a fact sheet from the Northwest-based Climate Solutions shows that it’s falling behind on taking steps to curb greenhouse gas emissions. Though other states have passed policies to put a price on carbon, raised fuel standards, and committed to a timeline for running on totally clean electricity, Oregon is not among them. If the state government doesn’t do something soon, according to Climate Solutions, Oregon won’t be able to meet its own emissions goals for 2020.