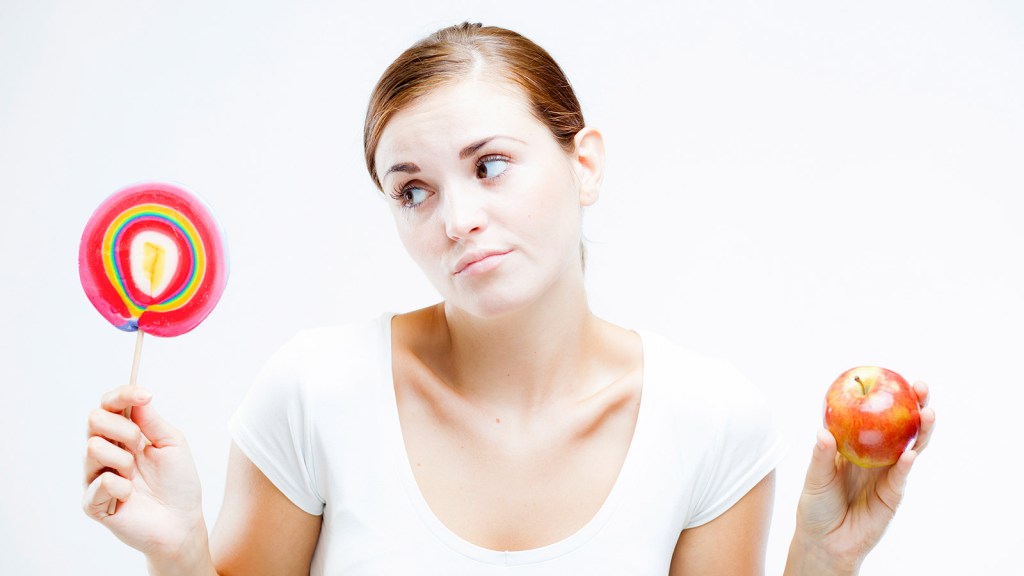 End of day two, year 2015: So far, you’re right on track with your New Year’s resolution to eat healthier. Kicking ass, in fact. You’ve successfully cooked up six consecutive feasts of only local, non-processed, organic food. Too bad you’ve been sneaking spoonfuls of Nutella after mealtimes. A new study finds while Americans do purchase healthier food with the onset of New Year’s resolutions, we continue to buy treats like it’s still Christmas.

A research team from The University of Vermont worked with a grocery store chain in New York to track food purchases throughout the year. They then looked at the spending habits of 207 participating households during three seasons: Thanksgiving to New Year’s, New Year’s until March, and July to Thanksgiving. Here’s Smithsonian Magazine on the results:

Predictably, buyers made plenty of non-healthy choices during the holiday period, a time known for festivity, feasting, giving to others and a good bit of self-indulgence. Household food expenditures rose 15 percent over the baseline ($105.74 to $121.83), and three-quarters of that increase was represented by the purchase of less-healthy foods, the team reported this month in the journal PLOS ONE.

During the post-holiday period, sales of healthy foods spiked by 18.9 percent above the holiday period and nearly 30 percent above the baseline. But sales of less-healthy foods continued unabated at holiday levels. The addition of healthier purchases to less-healthy buying meant that weekly per-serving calories purchased actually rose after New Year’s by some 9 percent.

So what’s happening here? Researchers haven’t put a finger on exactly the reason, but muster a guess that we could just be wasting more food, waiting for bikini season to really get serious, or eating more in general.

If you plan on sticking with your resolution, then instead of reaching for the chips and soft drinks at the grocery store, try rewarding yourself with leftovers or homemade treats. It’ll lead to cupboards less cluttered with excess food, which also means less potential food waste. And if you still don’t know how to cook, well, there’s always next year.