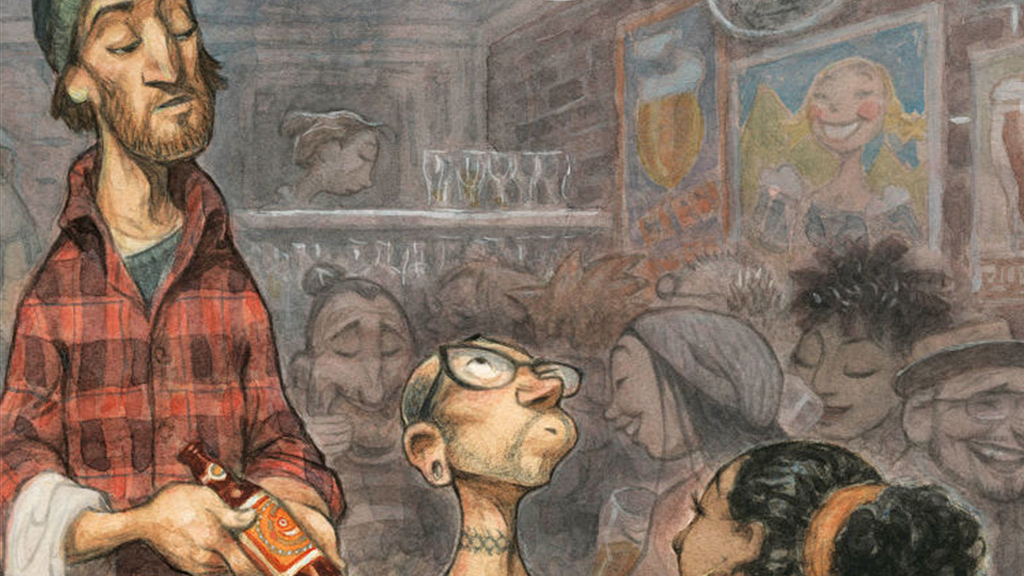 In the New Yorker food issue, the word “kale” appears in 83 percent of the feature stories — including the fiction. Writer John Lanchester got his mention in while coining the term “compulsory kale,” a phrase which feels deeply right. If kale is compulsory, even in magazine features, then the trend must be past its apogee: What is compulsory cannot also be surprising, subversive, and delightful.

That’s just one of the insights into our culinary state that emerges when you focus the collective thinking power of the New Yorker staff on food! Here’s my summary guide to the whole issue — annotated to indicate how many times each piece uses the “K” word.

“Shut up and eat“: John Lanchester on the excesses of food fixation

Key point: In a very real, but non-physical way, we are what we eat.

Once upon a time, food was about where you came from. Now, for many of us, it is about where we want to go — about who we want to be, how we choose to live. Food has always been expressive of identity, but today those identities are more flexible and fluid; they change over time, and respond to different pressures.

This is why it’s all but impossible to talk about GMOs or (fine!) kale without also talking about their metaphorical meanings. We are really talking about identity. In fact, when we talk about either of those things, the metaphor usually obscures the reality. This frustrates farmers and scientists, and leads to strange food fads, but:

Underlying it, however, is that sense of food as an expression of an identity that’s defined, in some crucial sense, by conscious choice. For most people throughout history, that wasn’t true. The apparent silliness and superficiality of food fashions and trends touches on something deep: our ability to choose who we want to be.

“Bakeoff“: Adam Gopnik on the cronut (and the pretzel croissant)

Sanity is always soporific. This is why mildly reformist social democrats, however sterling their records of success, rarely make the face of the currencies they have saved. The truth will not set us free. It is too tedious to do that. The truth is a cup of coffee and a boiled egg on plain white toast. Fantasy is a croissant in love with crystal salt, or, better, a fried and filled croissant sold in the early morning and costing hours in lost sleep.

[S]o many prized tastes, from white truffles to durians, sit right on the edge of being slightly sickening.

Key point: A large number of people confined in close quarters eats an ungodly amount of food: a metric ton of lobster per trip; 600 pounds of French fries a night. This is what those fries look like while still frozen:

Piled on a counter to his left were a dozen bags the size of pillows. “That’s about five minutes’ worth,” [executive chef Lorenzo] Dearie said.

Think of the implications for feeding a more affluent world — where every city is essentially an oversized cruise ship.

“Against the grain“: Michael Specter on gluten

Key point: It may be that the culprit behind whatever part of “gluten intolerance” is real is certain carbohydrates in bread, and not gluten at all.

Another key point: Gluten has been marketed as a health food (seitan), and gluten-free versions of processed foods are often more unhealthy than the originals.

People seem to forget that a gluten-free cake is still a cake.

Belcampo … in a country flooded with three-dollar-a-pound skinless, boneless chicken breasts, wants to restore meat to its status as a luxury: delicious, expensive, and rare.

We live in a time of overindulgence and asceticism: Cronuts and cruise-liner fare excess leads to gluten-free repentance, which in turn becomes an overindulgence in gluten-free junk food. The possibility that Belcampo offers is alluring: We could trade this binge and purge cycle with a steady reliance on higher quality and smaller portions. But maybe the correct approach is to stop trying so hard to have a correct approach. As Lanchester writes, “If shopping and cooking really are the most consequential, most political acts in my life, perhaps what that means is that our sense of the political has shrunk too far — shrunk so much that it fits into our recycled-hemp shopping bags.” I, at least, want to be more than what I eat.