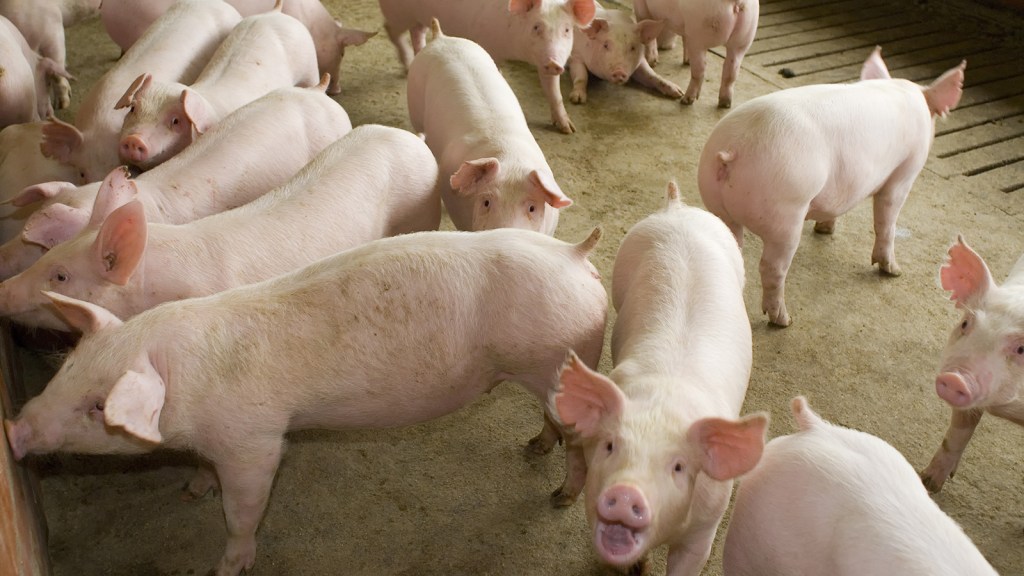 Like little kids trying to show you their karate moves, food labels will do anything to get your attention. They’ll scream “organic,” “all-natural,” “grass-fed,” “hormone-free,” “antibiotic-free,” “free-range,” “farm-raised,” “fresh,” “pasture-raised,” or whatever else marketers think will elicit happy thoughts of animals frolicking on sunlit farms. And now, thanks to one Virginia farmer, there’s “no ractopamine.”

What’s ractopamine, you ask? According to NPR, it’s basically FDA-approved pork roids, and conventional pig farmers use it all the time to pork up their chops. It’s not a hormone (those are illegal in pig farming), but it does help ole’ Wilber and Babe pack on the pounds. Here’s more from NPR:

Most pigs in America get this drug, because it’s extremely effective. It’s a “beta agonist” and has effects that are similar to adrenaline. It gets a pig to put on more muscle, instead of fat, and also put on weight more quickly. That’s money in the farmer’s pocket: According to some experts, it adds two or three dollars of income per pig.

But David Meren of Tendergrass Farms just got approval from the USDA to stick this label on his pasture-raised pork: “no ractopamine — a beta-agonist growth promotant.”

The FDA approved ractopamine back in 1999, but there have been some reports of animals suffering under the drug, according to NPR. And other countries, including Russia, China, and those in the European Union, have yet to deem the drug safe for consumption. China has even demanded that all pork imported from the U.S. be ractopamine-free — a problem for conventional pig farmers like David Hardin, who spoke with NPR about the issue:

Hardin says that farmers are divided about how to respond to China’s demands. Some farmers don’t want to abandon ractopamine as a matter of principle. Using it, they point out, means cheaper pork for consumers and less stress on the environment (because pigs on ractopamine don’t need as much feed, and don’t produce as much manure.)

Other farmers, he says, are ready to follow the signals of the market. If consumers are willing to pay more for pork labeled “ractopamine-free,” that’s how they’ll raise their pigs.

Grist just spent a whole month talking about the ethics and sustainability of meat-eating. Needless to say, we didn’t solve the myriad problems of today’s meat industry, but one thing’s for sure: Food labels shouldn’t have to try so hard to show us their karate moves. And they wouldn’t have to if we just acted like responsible adults who… damn — I don’t know how to tie off this metaphor.