There's a scary toxin in your beer can, and it isn't alcohol 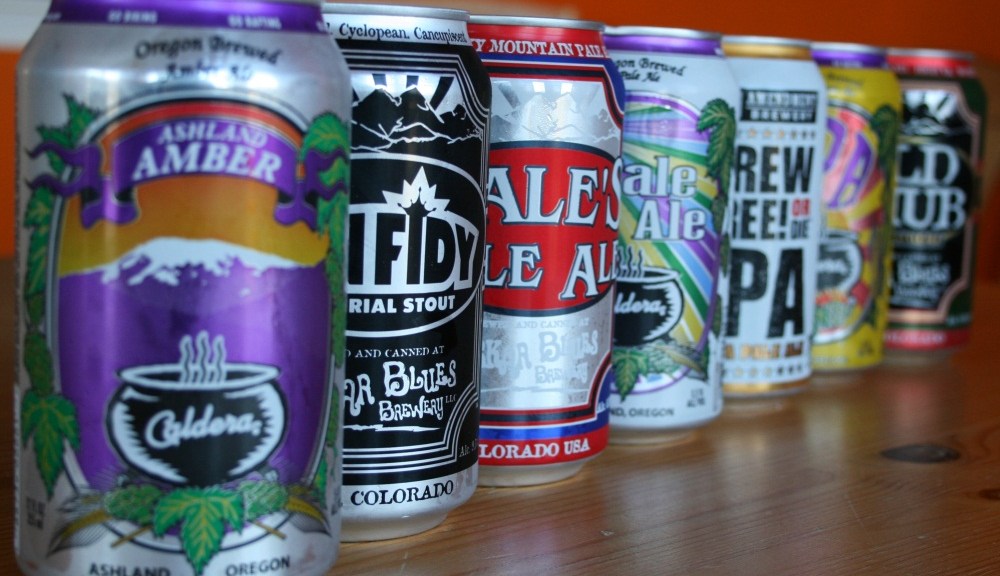 There’s a scary toxin in your beer can, and it isn’t alcohol

Your favorite beer is probably around 5 percent ethanol, the volatile, flammable alcohol that doubles as a solvent, a fuel, and humanity’s favorite recreational drug. It’s a psychoactive depressant whose ill effects need not be described here, since it’s Monday and — let’s be real — you’re probably still feeling them from the weekend. If the source of all your weekend regrets came out of a can, though, it’s not the only substance you need to worry about ingesting.

Lest you think your small-batch, organic smoked stout is 100 percent toxin-free, you should know that bisphenol A, or BPA, a chemical added to the epoxy that lines the inside of cans, can fuck with your hormones. It’s a synthetic version of estrogen that has been linked to cancer, baby-making problems, and screwing up kids’ developing brains.

Hat tip to Mother Jones’ Tom Philpott for his excellent write-up of beer canning’s BPA predicament, on the heels of the 80th anniversary of brews in metal — and at a time when the aluminum beer vessel is making a comeback as craft brewers increasingly can their suds. Here’s how he sums up the dilemma:

BPA is well established as an endocrine-disrupting chemical, meaning that it likely causes hormonal damage at extremely low levels. The question is whether we get enough of it in beer (and other canned goods) to cause harm.

The short answer: We don’t know. Scientists are hard at work studying the effects of BPA in cans, and Philpott’s article discusses the latest studies and research agenda.

While the evidence suggesting our beer cans might endanger us piles up at the pace of science — i.e. slowly, with hesitant confidence — the U.S. Food and Drug Administration, as well as the European Food Safety Authority, continue to give the go-ahead to canners using the chemical. The government agencies in charge of protecting us from dangerous products use the “innocent until proven guilty” manifesto with potentially harmful substances. So much for precaution.

But there’s another question: Can we can brews without cancer-linked BPA?

Nope, says the FDA. Cans are lined with epoxy to prevent the aluminum from reacting with food. For highly acidic products like carbonated beverages, the lining must be hardened with BPA or else the can and its contents will react.

The BPA-free beer can remains a figment of the future, but we eagerly await its eventual creation and introduction. After all, cans can be recycled pretty easily and take less energy to transport (which is a big deal when my backpack is the conveyance vehicle and the fuel is a sandwich I already ate). For now, I’ll have whatever’s on tap.