This is a story about weed and hoes 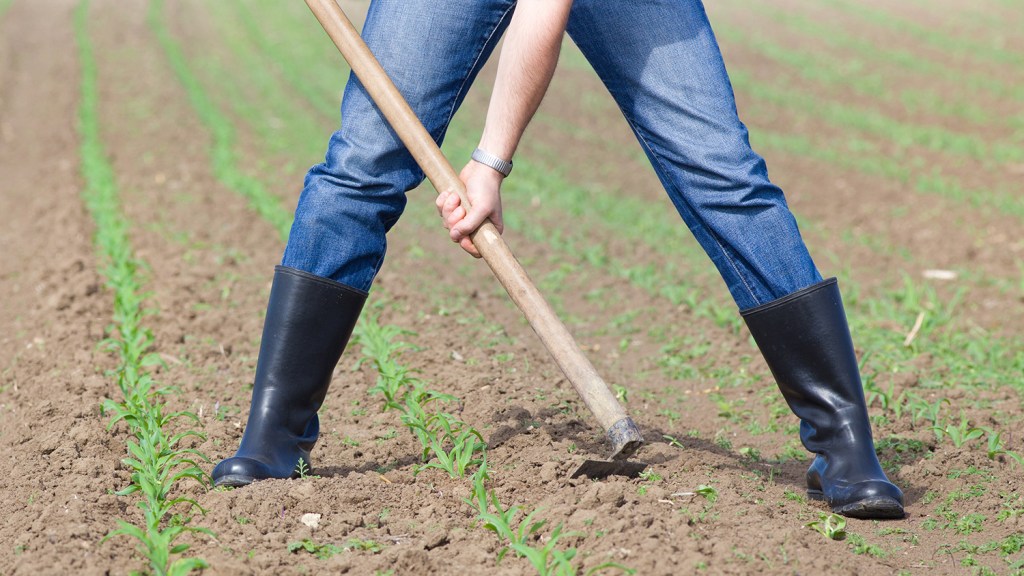 This is a story about weed and hoes

I’ve been hearing for a while now that farmers in certain parts of the country were having a hard time, but I didn’t think things were this bad. First of all, farmers had a weed problem. That led to superweeds. And now, farmers are relying on hoes to support them.

According to Progressive Farmer writer Pam Smith (paywalled), farmers are turning back to this old technology — the garden hoe (wait, what did you think I was talking about?) — to combat weeds, now that many plants have gained resistance to herbicide. Twenty years ago, Smith writes, it was common for farmers to employ “hoe crews.” But that work stopped when herbicide-tolerant GMO soy made it possible for a quick pass with a sprayer to replace a team of laborers.

“Weeds are getting the last laugh, though,” Smith writes. A few plants could survive the sprays, and those spread their seeds far and wide. Now, only old-fashioned elbow grease will get rid of them.

I do have one semi-serious point to make here: We often talk about herbicide-resistant superweeds as if they were a massive catastrophe. Yet here we are seeing the worst-case scenario: A lot of manual weeding. It’s hot, unpleasant work, and it drives up the price of food, but it’s not the end of the world.

By the way, if Smith’s descriptions of “frisky boys” with hoes gets you going, check out Aiden Turner with a scythe.