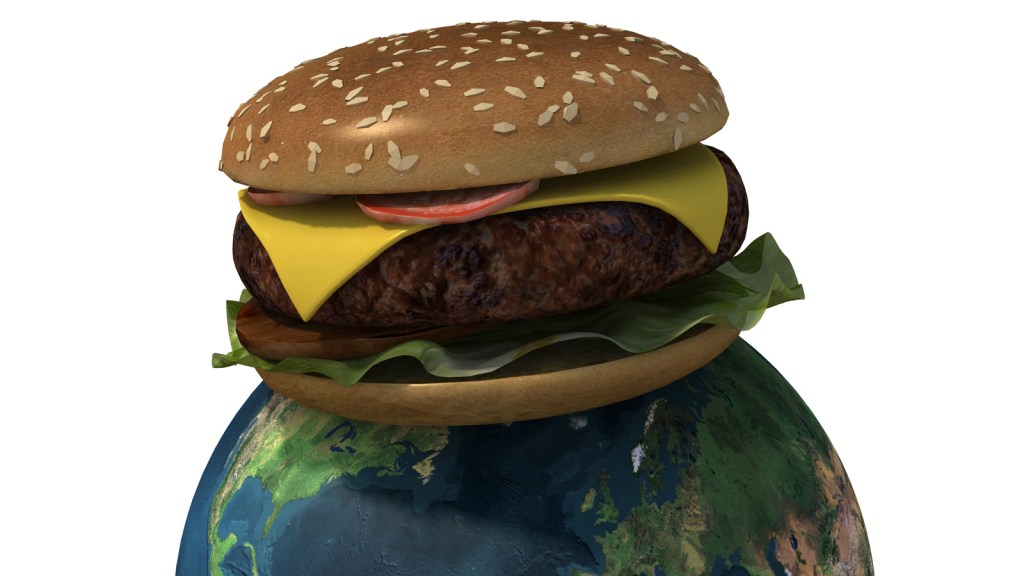 Ever wonder which foods Americans crave most across the country?

Using menus, tips, and ratings from Foursquare, an algorithm determined which food and drinks are statistically more popular from one state to the next and mapped the results. Most are unsurprising: crab cakes in Maryland; maple syrup in Vermont; and chicken fried steak in Oklahoma. But who knew Missourians pine for toasted ravioli? Not I, that’s for sure. Check out the map:

Laura Bliss for CityLab has the story:

A Foursquare representative tells me that in a just few cases, states overlapped in tastes, and an editorial team chose which to pair up. But for the most part, it’s the search app’s massive 6-year-old data set telling the story of America’s highly, highly specific food tastes.

In Tennessee, restaurants and diners mention “banana pudding” at a rate some 318 percent higher than the national average: No surprise there, the state has a whole festival dedicated to the creamy yellow treat. And sure, it makes sense that Pennsylvania likes chicken cheese steaks 1,085 percent more than everyone else. But guess where foodies talk about “avocado toast” at 3,143 percent above the national average? Not California, but New York. California will take its Chinese Chicken Salad, thanks. And Nevadans? They just want bottle service—842 percent more than the rest of the country.

My two cents: 1) Pennsylvanians, you’re doing it all wrong if you’re craving chicken cheesesteaks. Come on, people! 2) Someone FedEx me a Jucy Lucy stat. Seriously, I’m not kidding. What’s a Jucy Lucy, you ask? Only one of the most mouthwatering delicacies of all time:

A Jucy Lucy [sic] or Juicy Lucy is a cheeseburger that has the cheese inside the meat patty in addition to on top. A piece of cheese is surrounded by raw meat and cooked until it melts, resulting in a molten core of cheese within the patty. This scalding hot cheese tends to gush out at the first bite, so servers frequently warn patrons to let the burger cool for a few minutes before consumption to avoid injury.

Molten, schmolten. I’d brave third-degree burns and a blistered tongue for one of those heavenly patties any day.