This new startup wants to sell you ugly fruit and veggies 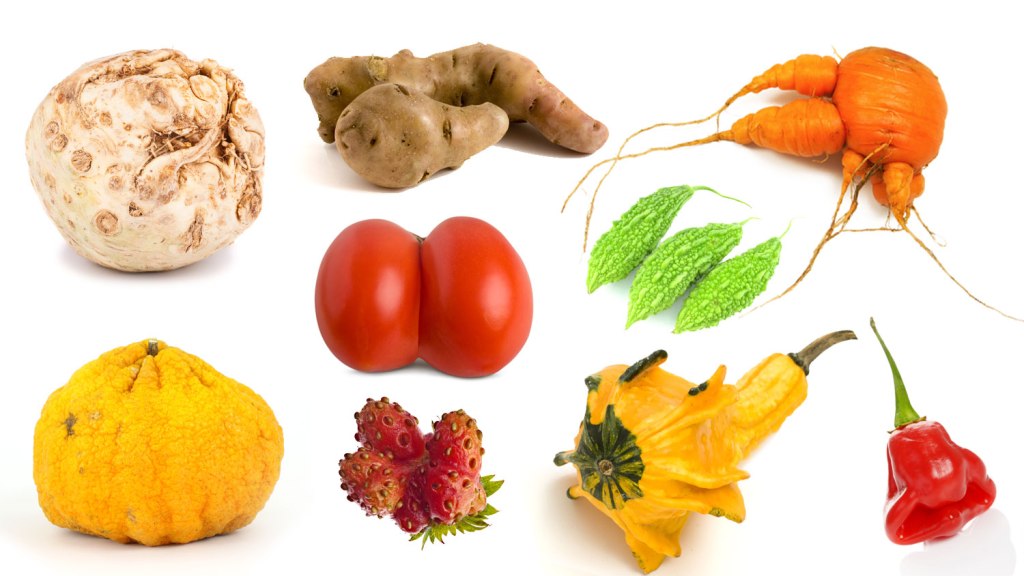 This new startup wants to sell you ugly fruit and veggies

Remember the ugly fruit and vegetables that were all the rage in France last summer? We’ll, they’re coming to America.

More to the point: They’ve actually been here this whole time — just not on most people’s plates, nor in supermarket aisles. A new Oakland-based startup called Imperfect is out to change that. Its founders, three veteran food-waste entrepreneurs, are on a mission to bring ugly produce (they prefer the term “cosmetically challenged”) to, quite literally, your doorstep.

“Our bold vision is for consumers across America to have the option of having a box of Imperfect produce delivered to them weekly, for 30 to 50 percent cheaper than [what they’ll find in] grocery stores,” said Ben Simon, Imperfect’s cofounder. Before they go national, however, the team will roll out a trial in Oakland and Berkeley in the summer of 2015, with the goal of reaching 1,000 customer households in the first six months.

Here’s a video the Imperfect team put together for an Indiegogo fundraising campaign:

In addition to its doorstep delivery service, Imperfect plans to partner with grocery stores to set up special displays of “cosmetically challenged” fruits and vegetables in the produce aisle, alongside their smoother, glossier (more expensive) counterparts. It’s in talks with a major West Coast retail chain (which prefers not to be named while negotiations are ongoing) to set up a pilot program aimed at low-income people.

Imperfect will also deliver produce to special distribution points in poorer parts of Oakland, where grocery stores with fresh produce are scarce. “We’re tipping the scale so that McDonald’s is no longer the most convenient, affordable option in food deserts — now, fresh produce is,” Simon wrote in an email.

Imperfect won’t subsidize its products; it’ll just be passing on the savings it makes at the farm level to its customers.

The reason Imperfect can get ugly produce at such a steep discount from farmers is that otherwise those fruits and vegetables would almost certainly go to waste. As Grist has previously reported, most large supermarket chains simply won’t buy products that don’t meet certain size, diameter, consistency, and color requirements. If a field turns up “substandard” produce (which sometimes just means slightly crooked cucumbers or carrots half an inch too small), it may cost the farmer more to harvest it than he or she would make by selling the crop. As a result, roughly 7 percent of the produce that’s grown in the U.S. each year is left to rot in the fields.

“Believe me, farmers hate to see a field of perfectly good, nutritional produce go to waste,” said Ron Clark, another Imperfect cofounder and the company’s director or sourcing. Clark helped to launch California’s Farm to Family program, which buys more than 125 million pounds of “ugly” produce per year from statewide farms and distributes it to food banks. He’s behind Imperfect’s drive to partner with major supermarket chains.

“I see retail as the real game changer,” said Clark, explaining that while the CSA-style model will appeal to a “sophisticated, educated urban market of millennials,” supermarkets reach a much broader audience.

Similarly, though the team’s natural preference would be to work only with smaller, local, organic farms, they knew they would have a better chance of recovering large volumes of unused produce by working with bigger conventional farms. And they’ll also be sticking to “the fruits and vegetables Americans know and love,” explained Simon, as opposed to more niche products like kale or guava.

By choosing California’s Central Valley — with its rich variety of year-round fruits and vegetables — as their starting point and home base, the Imperfect team expects to have a steady supply … for now. But they’re closely watching California’s ongoing drought. “If the produce supply in the Central Valley actually starts to dry up, then gosh … America is just going to look drastically different as a country,” said Simon.

He points out that fighting food waste is an excellent way to conserve water. By some estimates, agriculture represents 80 percent of California’s water use. As Dana Gunders, who researches food waste for the Natural Resources Defense Council, put it on the KCRW show Good Food, “the idea that so much water is going to growing food that ultimately never gets eaten is really a tragedy.”

When it comes to reducing your water footprint, says Simon, buying recovered produce is just as important as watching your personal water consumption. He estimates that for every pound of ugly produce bought, consumers are preventing the waste of at least 25 gallons of water — the equivalent of a leaving a faucet running for 11 minutes.

Good to know, next time you fall asleep under the shower on a groggy Monday morning.

Correction, 11 May 2015: This article originally stated that Ron Clark created California’s Farm to Family program. In fact, he was one of the people who helped to launch it, but not the sole creator.