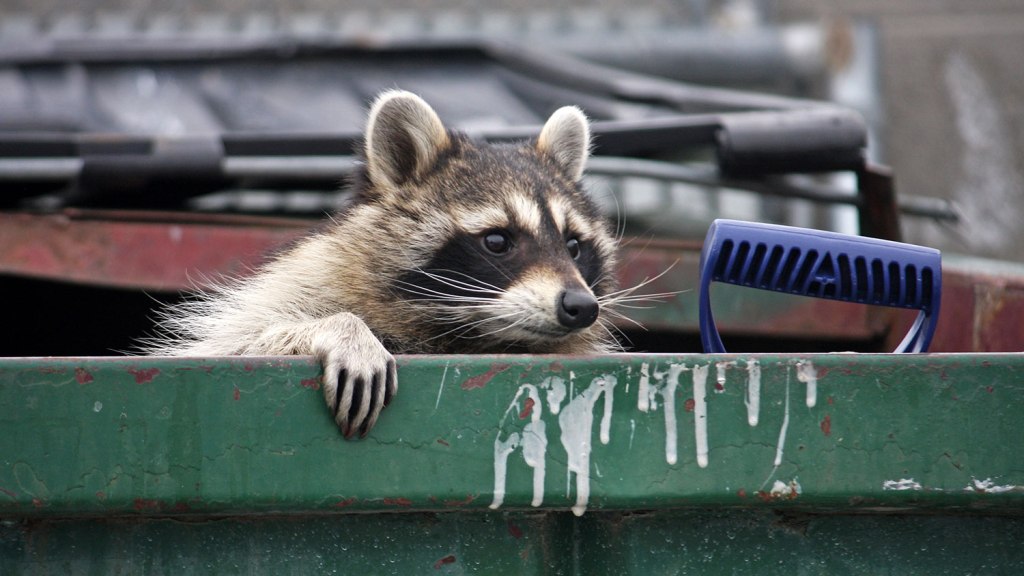 The Los Angeles Department of Public Health is investigating a local Asian market that’s selling raccoons — dead ones! Not alive! Although I’m not sure which the average reader would find more alarming.

But as it turns out, it’s perfectly legal to sell raccoon meat because it’s considered a “game animal” in California, according to San Jose Mercury News. The L.A. health officials are merely making sure that it came from a licensed trapper, of course.

The disgusted customer who reported the raccoon-selling to the DPH apparently does not know that meat is dead animals. “The way it’s packaged in the store, it’s so real, and it’s so fresh, and you don’t see chickens with their feathers and blood all over them, and their expression, with their tongue hanging out,” she told CBS Los Angeles.

Here’s the horrified shopper’s video that started it all:

I personally haven’t tried it — although some consider it to be pretty standard dinner fare — but raccoon meat strikes me as a brilliant way to reduce food waste. You get to eat the food you tried to throw out, because that’s what raccoons are made of! Think of the critters as little processing plants that steal your veggie trimmings and chicken bones out of the trash and transform them into edible animal protein and fat.

The Mercury News story reports that at $9.99 per pound, these treats weren’t exactly flying off store shelves, which isn’t surprising at all. Why buy the ’coon when you can get the meat for free?