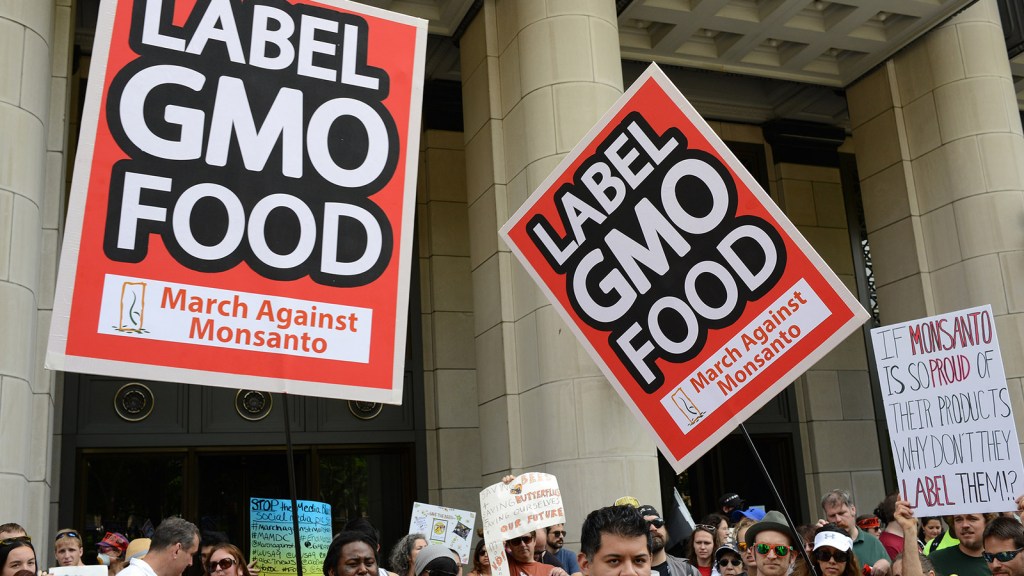 Democrats in the Senate and House Thursday introduced bills to make GMO labeling mandatory across the U.S. These bills are slightly tweaked versions of legislation that died in the last Congress.

This is a Hail Mary at best, and a token gesture at worst. As bill sponsor Sen. Barbara Boxer (D-Calif.) said in a press conference, “A lot of things don’t stand a chance [in Congress], but it doesn’t mean we’re not going to push it.”

The legislation is primarily a project of Democrats, although two Republicans from Alaska, Don Young and Lisa Murkowski, signed on to the previous legislation as co-sponsors. And last time around, as Politico reported, some key Democrats were unenthusiastic about labeling:

[A] handful of key lawmakers from the Democratic party with a reputation for being proactive on food regulation surprisingly expressed concern over the recent push for GMO labeling requirements.

“I’m concerned that mandatory GE labeling could be inherently misleading,” Rep. Henry Waxman (D-Calif.) said in his opening statement. Given that the FDA has raised no health or safety concerns with GMO foods, a label could unintentionally appear to imply that the foods are somehow less safe than conventional varieties, he argued.

Waxman has since retired, but other conflicted Democrats remain. The larger problem for the bills is that most of the Republican majority seems to favor a different, voluntary labeling bill instead — which would pre-empt any mandatory labeling laws at the state level. That bill, which also died in the last Congress, will also probably be reintroduced in this session. It might have a slightly better chance with the Republicans now controlling both House and Senate.

I’d like to see either bill pass. Voluntary labeling would give food companies a chance to try GMO labels, and I suspect that they’d find that most people ignore them and the sky fails to fall. Maybe if we got labels we could move on and talk about things that really matter to a healthy diet.