This water lawsuit could be huge and it's happening in ... Iowa? 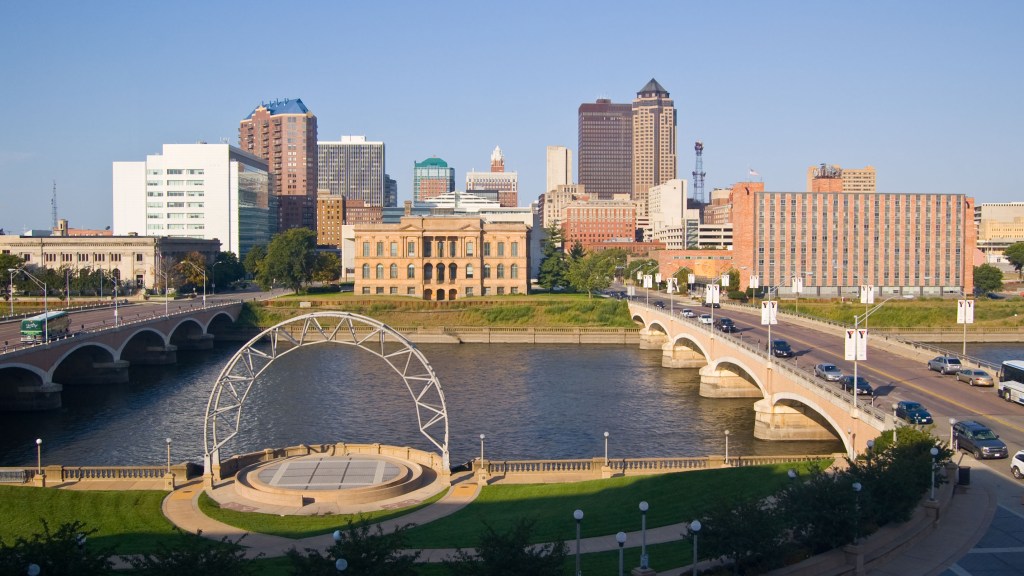 This water lawsuit could be huge and it’s happening in … Iowa?

Ah, Iowa. Frequently confused with heaven, the Hawkeye State is a place of simple yet profound beauty: filled with pink-hued sunsets, rolling hills, golden corn fields, and strapping basketball players. Now, in an effort to preserve the purity of the state’s stunning resources (DON’T give me that look — beauty is in the eye of the freaking beholder, OK?), the state capital’s water utility company is facing off with farmers over fertilizer in an effort to curb water pollution.

Des Moines Water Works sent an intent to sue to three neighboring counties with high nitrate levels in the Raccoon and Des Moines rivers. The utility is fed up with filtering nitrate out of drinking water — it spent $900,000 on the issue in 2013. And the lawsuit just might finally make a difference in a nationwide issue that has been unregulated and out-of-control for years.

Farmers spread nitrogen fertilizer on their corn fields, which becomes nitrate — a colorless, odorless, tasteless compound. Nitrate becomes a problem when it leaks into streams and rivers. In Iowa, underground tile pipes drain the soil beneath farmers’ fields. Those pipes, which are often managed by county governments, bring polluted water to nearby rivers and waterways, and eventually into the unknowing Iowan’s cup of drinking water. Here’s more from NPR’s Dan Charles:

Too much nitrate can be a health risk, especially for infants under the age of 6 months, and it’s difficult to remove from water. …

Des Moines Water Works is now proceeding on the theory that those governments can be held legally responsible for the pollution that their pipes carry.

“When they build these artificial drainage districts that take water, polluted water, quickly into the Raccoon River, they have a responsibility to us and others as downstream users,” he told Iowa Public Radio.

Polluted water is not only a risk to public health — high nitrate levels also wipe out aquatic life from Midwestern lakes all the way down to the Gulf of Mexico.

This isn’t the first attempt to limit run-off. State and federal governments already offer financial assistance to farmers who try to reduce nitrogen leaks. The government-issued dollars can go towards building pollution traps like sediment-trapping ponds and wetlands. (Not only do the wetlands decrease nitrate leaks, they also bolster dwindling waterfowl and bird populations.)

But not every farmer can qualify for the government programs, so Des Moines Water Works is starting to play hard ball. We’ll raise a glass of safe drinking water to that.