Urban farms won't feed us, but they just might teach us 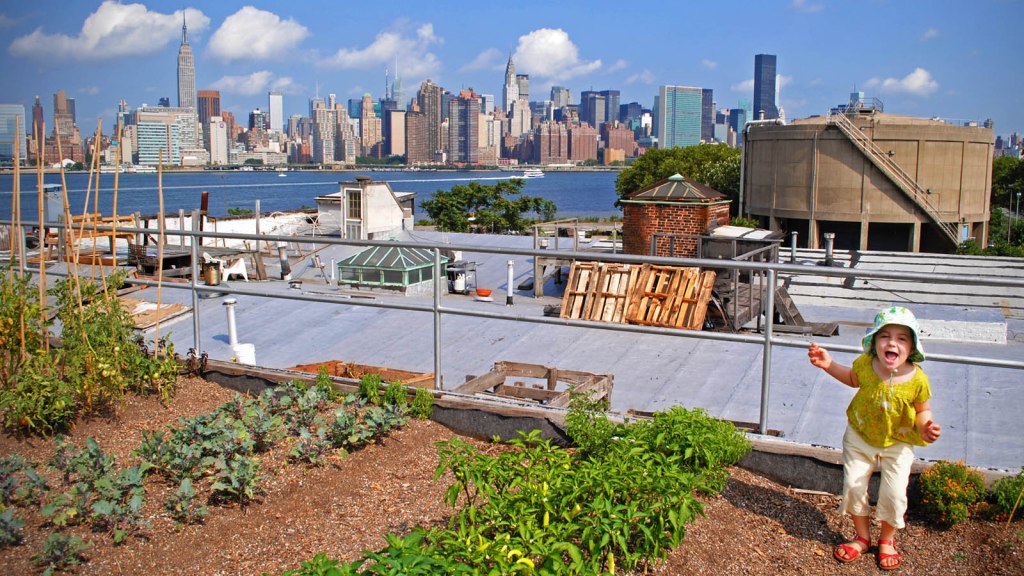 Evan Long
How green was my alley?

Urban farms won’t feed us, but they just might teach us

During World War II, when the government rationed food, Americans turned their backyards and front lawns into “victory gardens” that supplied 40 percent of the nation’s fruits and vegetables. Could we do that again, or even improve on it?

If we want to scale up regional food systems and stop giving farmers an incentive to expand into prairies and rainforests, it seems like it would be a great idea to grow a significant amount of our calories right in our cities. It’s a beautiful concept, reuniting humans and nature to solve many of the problems brought about by our urbanization. But talking to urban farmers and reading the recent research turned a cold hose (of reclaimed rooftop drain water) on my enthusiasm.

There’s plenty of good reasons to grow food in cities. But the hype of urban farms curing all ills and supplying a significant portion of their city’s calories is just that: hype. The arguments for urban farming have been so persuasive that they’ve been irresistible to marketers and faddists who pay lip service to the ideals without reckoning with the realities.

“Remember this date: Thursday, April 5, 2012. That was when, as best as I can figure it, corporate America co-opted the urban farming movement,” urban farmer Jason Mark wrote in an essay for Gastronomica. “On that spring day, Williams-Sonoma began offering its ‘agrarian’ collection, a line of tools and equipment for novice backyard homesteaders.”

If we want to see past the made-to-order world of $200 raised beds and “exclusive” backyard beehives and grapple with the actual reality of urban farming, we’re going to have to accept the limitations of space, time, and money. Once we get over those three hurdles, though, I think there’s still a lot to recommend certain kinds of city farming.

Open land, obviously, comes at a premium in cities. And though an urban farm of one or two acres can produce a lot of food, the definition of “a lot” is relative, said Eli Zigas, food systems and urban agriculture program manager of the urban planning nonprofit SPUR. “It can be a substantial amount of food, but for a dense area, compared to the number of people who live nearby, it’s a small dent.”

You can farm rooftops, but only certain rooftops will do: They have to be flat, large enough to make it worthwhile, and structurally sound enough to support the weight. You could devote more land to crops, but that has the effect of spreading cities out, and we’d end up with something more like suburban sprawl. A SPUR report on San Francisco’s urban gardens concluded that trying to replicate the successes of the victory gardens and produce 40 percent of the city’s own veggies would be a bad idea: “Trying to reach anywhere near that proportion today within San Francisco would be a poor use of land and effort, especially considering the productivity of farmland so close to the city.”

You could solve this problem with vertical farms: There’s no reason that agriculture couldn’t follow the format set by cities and build up rather than out. But you’d have to generate truly heroic amounts of food to justify the cost of building a skyscraper. Right now, at least, the market suggests that it’s much more valuable to have office towers, housing, and transit hubs in cities.

One of the promises of urban farming was that it would provide city dwellers with access to good food. But the cost of time in cities is just as high as the cost of land. The people struggling to afford healthy food who could benefit most from their own market gardens simply don’t have the time to plant and harvest. For someone with two or three part-time jobs, it makes economic sense to put in time at work and collect a paycheck, rather than cultivate a garden in hopes of saving a little money at the store.

In the same way, the time-to-money conversion affects more affluent city residents who might farm their backyards. A few people will start planting market gardens just because it’s fun or trendy. But to get a critical mass of people harvesting victory-garden amounts of produce, you need bigger incentives. Young professionals would need to choose weeding and watering as their foremost hobby en masse, rather than, say, drinking, Tinder, and electronic music.

“If we are going to foster a revolution in the methods of American agriculture, we must pioneer ways to make small-scale farming economically viable. The honest truth is that with urban agriculture, we are not there yet,” wrote urban farming luminary Will Allen in his book, The Good Food Revolution.

One of the bright promises of urban ag was that it would allow the unemployed to make use of blighted land and vacant lots. That promise has been fulfilled in many places around the country, but it’s very rare to find it fulfilled profitably. Farmers starting out have always found that it can be hard to break even, let alone support the higher cost of living in a city. In an in-depth investigation of urban farming published by NextCity, journalist David Lepeska found that there were just two kinds of successful urban farms: nonprofits propped up by outside funding, and high-end producers who are able to sell to fine restaurants and well-heeled customers for a premium.

To make an urban farm function, you need space to plant, time to do the work, and a customer base with enough money to make it all worthwhile. Cities like New York and San Francisco have plenty of customers, but no space. Cities like Detroit have plenty of space, but far fewer customers interested in paying a premium.

Gardens, Jason Mark wrote in his Gastronomica essay, turn people into good ecologists: “Spend a few months taking a broccoli from seed to harvest, and you’ll soon have a much deeper appreciation for the natural systems on which we depend. Our connection to the earth becomes gobsmackingly obvious when you watch the crops grow (or fail). The garden produces a harvest of teachable moments about what it means to live in an environment.” We’ve grown ignorant of the hard realities of agriculture, and urban farms have the potential to enlighten us to the environmental tradeoffs in any choice.

Even more importantly, Mark wrote, gardens grow good citizens. They teach people to work together to nurture something almost as vulnerable as a democracy. And, they provide an object lesson in the value of food. “Maybe, then, urban agriculture is most valuable for how it forces us to be more conscientious about the people who feed us: the farmworkers, the truck drivers, the processors and the packagers, the prep cooks, all of whom work for next to nothing and have little time themselves to play in the dirt.”

And though most urban farms are not making money, they are improving communities. In Philadelphia Common Market has employed youth for years to work neighborhood gardens. The project makes blighted land beautiful, gives kids a role and responsibility in their community, and instills a lasting appreciation for the healthful goodness of fresh produce. As the SPUR report on urban farming put it: If you’ve never had one before, “a fresh strawberry is a memorable lesson in seasonality.”

The profitable urban farms, which sell food at a premium, also do good. There’s Lufa Farms, which started in a rooftop greenhouse in Montreal and has been turning steady profits — enough to attract venture capital for expansion. The Brooklyn Grange has made rooftop gardening profitable by combining food sales with a sort of agritourism: It hosts weddings and parties. In his new book, The Market Gardener, Jean Martin Fortier lays out instructions for replicating his success in earning a decent living off an acre and a half. Fortier estimates that 1.5 city acres can yield net profits of between $36,000 and $60,000 a year — just barely enough to support a family, perhaps (though keep in mind that he gets three months off during the winter).

Like the nonprofits, these farms can help connect urbanites to the natural world. If the model proves successful enough to spread, young people will be able to take summer jobs working on farms without ever leaving the city. Rooftop farms will cool buildings by using the sun’s energy rather than absorbing it. Cropland will trap storm water that might otherwise overwhelm water-treatment plants and flush sewage into the nearest body of water. Farms will create oases of biodiversity and beauty amid the concrete.

Perhaps there’s one other form of successful urban ag aside from nonprofits and high-end farms: the regular folks who plant some food in their backyards, never expecting to make a profit or to pay for their time. Time spent in the garden might not ever turn into money, but it can yield great satisfaction. These micro-farms can also help knit communities together: Someone’s garden is always producing more than he can eat, forcing neighbors to seek each other out with baskets of tomatoes or loaves of zucchini bread. There’s even a web service, called Ripe Near Me, designed to help you find your neighbors with too much produce.

In my fondest flights of fancy, I could imagine the culture of cities changing to incorporate agricultural rhythms — where everyone works a little less and gardens more, where every company assumes you’ll take time off every year to help bring in the harvest.

In the most reductive analysis, urban farms aren’t an important part of regional food systems: The numbers just don’t add up. But it’s just as true that they can make cities better places, and those who live there better people.