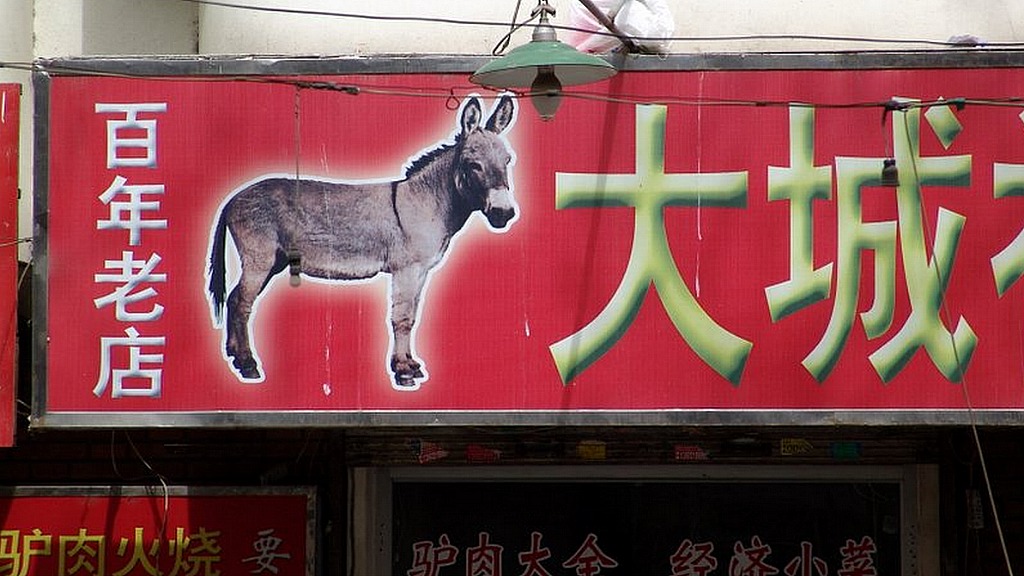 One Chinese Walmart shopper wanted meat that tasted like ass. But something was fishy about the 1,600 packages of donkey meat he bought — namely, they tasted like fish (a telltale sign they were tainted with fox meat, though you’d think it would be a telltale sign they were tainted with fish). Now Walmart is recalling its “Five Spice” donkey meat, performing meat DNA tests, and offering refunds.

Why would anyone be adding foxy filler to ass burgers? “Donkey meat [is] a regional delicacy,” notes Quartz. “Selling undesirable (and cheaper) meat under these names [donkey, beef, and mutton] can therefore boost profits enormously.” According to Reuters, China eats 2.4 million donkeys’ worth of ass lunchmeat and snacks every year. (Donkey Lunchables would actually explain a LOT.)

But what the heck does donkey taste like? Writes Businessweek:

Donkey meat is tough and can have a strong smell, though bizarre food enthusiast Andrew Zimmern told NPR’s StateImpact: “You wouldn’t be able to tell the difference between it and veal, except that it’s better than veal. It is fantastic, absolutely delicious.”

Alas, too bad Walmart shoppers had to kiss that ass goodbye!