Walmart is trying to trick your kids into eating veggies 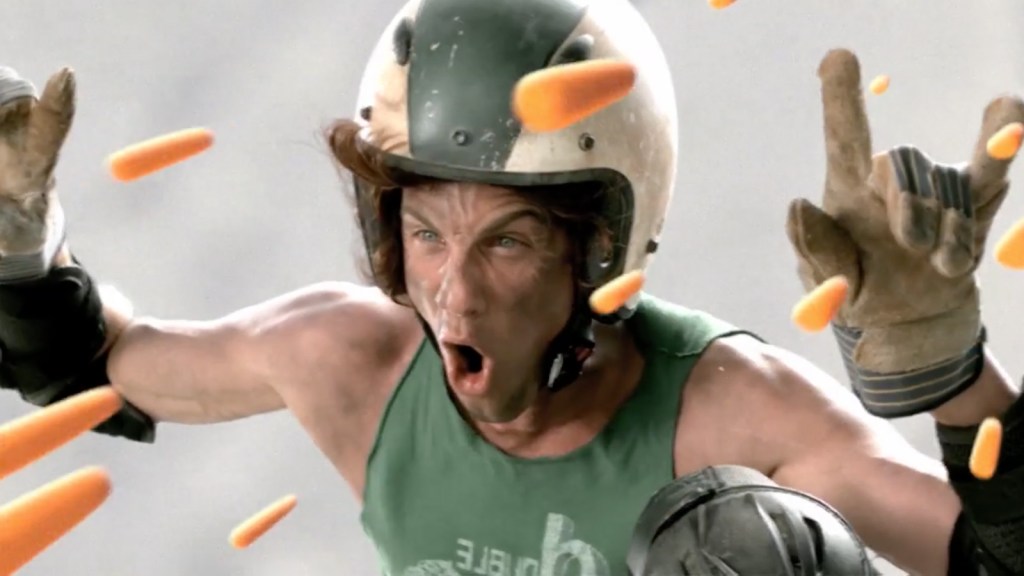 Walmart is trying to trick your kids into eating veggies

When it comes to kid-friendly advertising, some brands get a little too friendly. Lucky the Leprechaun claims to want to keep kids away from his dangerously sugary cereal, but we suspect he’s a double-agent whose real goal is to sell children as much high-fructose corn syrup as they can eat. And Frosted Flakes may be grrrreat, but our diets aren’t — most Americans eat only one or two servings of fruits and vegetables a day. (No, fruit roll-ups don’t count.)

But instead of debunking these marketing gimmicks, how about turning the lunch tables by using junk food’s marketing arsenal to sell actual veggies to impressionable kids? That’s what retailers like Giant Eagle and Walmart will be attempting, by featuring “kid zones” stocked with produce that’s been dressed up to look like it’s way more fun than it really is.

“Giant Eagle is in the process of installing the go-to kid sections in about 400 stores in the mid-Atlantic and Ohio,” NPR reports. “And Walmart is piloting the concept in 30 stores in California, with plans to roll it out to 1,500 stores later this fall.”

The stores are taking their cue from Bolthouse Farms, whose successful re-marketing of the bland baby carrot as a hip snack food hinged on selling them with shake-on seasonings in a range of Dorito-esque flavors. Also, whatever this commercial is about:

Other snacks in these candy-colored displays will include squeezable tubes of fruit puree (à la Go-Gurt), and smoothies made from fruit and vegetable juices. From NPR’s story:

“I think the kid-friendly snacking stations are an absolutely fascinating concept,” says David Just, a behavioral economist at Cornell University. Telling kids what they should eat is not very effective, he says. “They’re not concerned about beta-carotene, or what diseases they might get when they’re 50. They’re much more in the moment.”

And what could be more in the moment than surfing down a mountain in a shopping cart under machine-gun barrage of baby carrots?

I’m all for instilling healthy eating habits early on, so here are some other ideas straight from my childhood vices: A hapless anthropomorphic mascot who hoards a secret stash of antioxidant fruits in some kind of whimsical, low-security secret lair; “gushers” a.k.a cherry tomatoes; zucchini chunks carved into the shapes of Frozen characters; emoji temporary tattoos at the bottom of every package of celery.