We recall 100 blue whales' worth of meat a year

We recall 100 blue whales’ worth of meat a year

There’s just something about possibly putrid meat that triggers the most basic of limbic alarm bells: You may be able to cut a rotten part out of an apple and happily eat the rest, but try doing that with a steak and your brain (or your stomach) is likely to revolt. We are hyper aware to the potential for our food to make us sick, especially when it comes to meat, but the things that disgust us have very little to do with the things that are dangerous. Our brains aren’t equipped to detect the germs that are most hazardous.

In many places around the world, people gain immunity to these foodborne germs (though some get sick and die in the process). In the United States, we rely on food producers and government agents to search out pathogens. Here’s an update on how we are doing.

A lot of people get sick from eating bad food.

It’s roughly comparable to the flu. 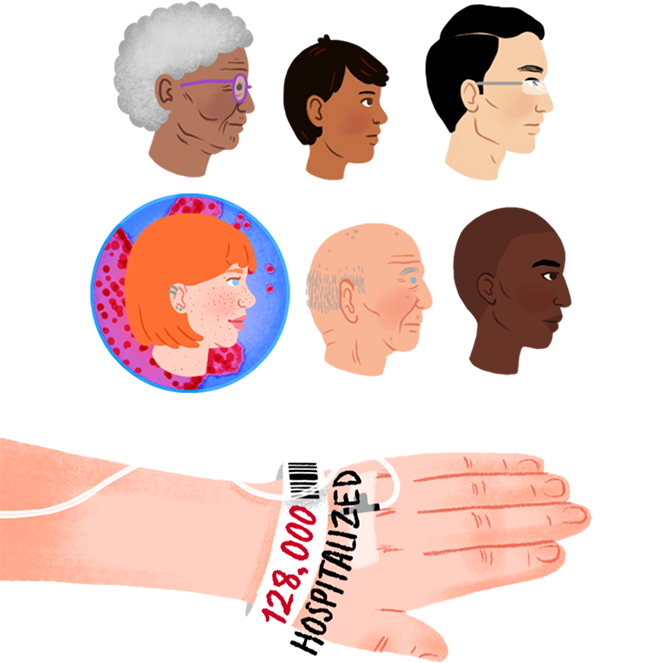 In addition to hospitalizing people, foodborne illnesses kill an average of 3,000 people each year. 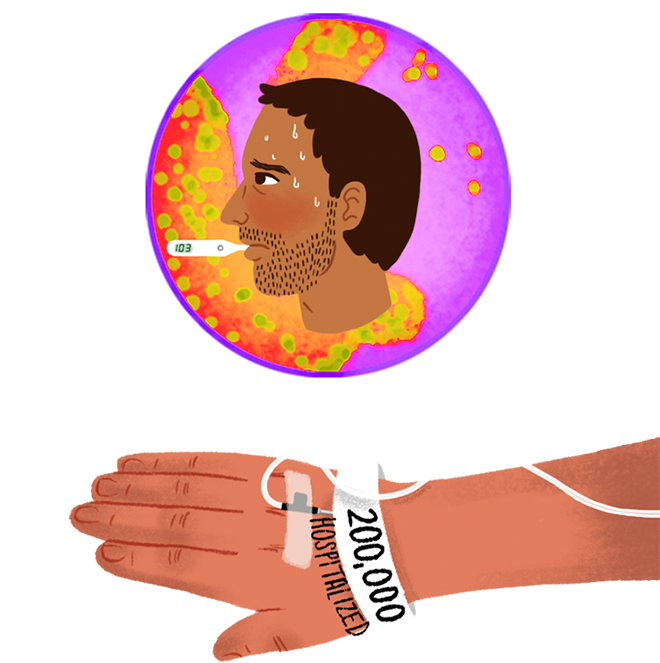 The USDA recalled an average of nearly 43 million pounds of meat each year between 2005 and 2014.

That’s roughly 100 blue whales’ worth of meat a year. A lot of it was recalled for quality control reasons that almost certainly were not a risk to anyone. I’m looking at you, Hickory Smoked Sliced Bacon containing an undeclared substance. And you, Chicken Nugget Products with extraneous material.

The amount of meat recalled varies every year

When something does pose a health risk, it’s called a Class 1 Recall. In that same time period, there was an average of about 27 million pounds of meat recalled under Class I every year.

Still, that amount of recalled meat is just a drop in the bucket compared to food waste. U.S. stores throw out 43 billion pounds of food a year, or 100,000 blue whales’ worth of food.

But there are a lot more to recalls than just meat. 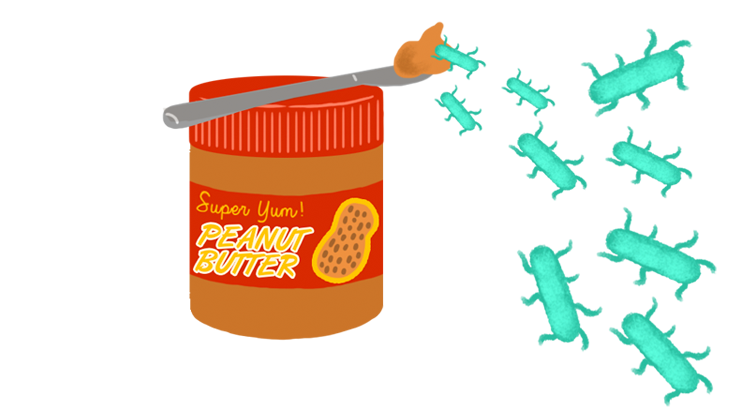 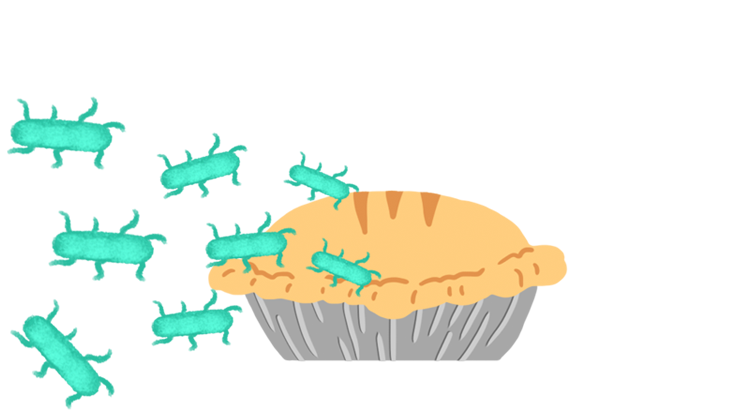 That spike in 2007 was caused by a massive frozen pot pie recall. The salmonella-tainted pies sickened an estimated 15,000 people. The problem was probably the vegetables in the pie — if you got the pies hot enough to kill the germs, the veggies turned to mush. The seven-ounce frozen pot pies were made by ConAgra at a plant in Marshall, Mo., and sold by supermarkets under their own brand names (Kirkwood, Great Value etc.) 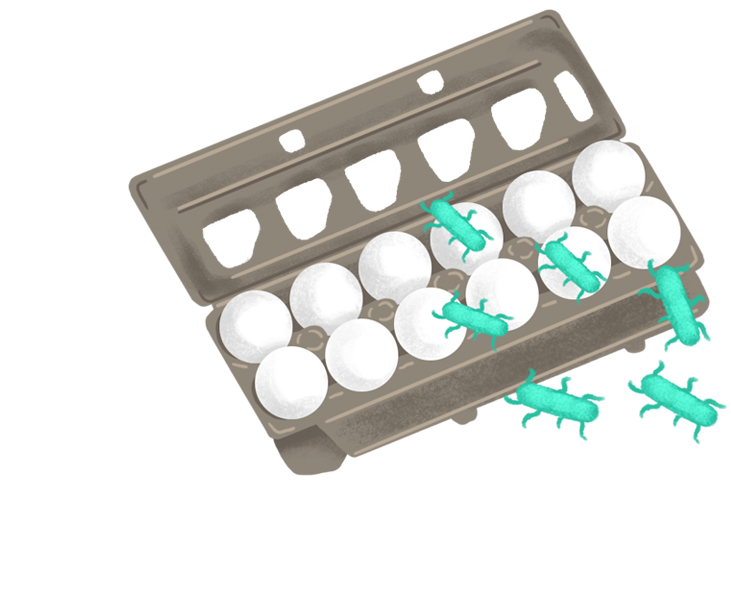 In 2010, 380,000,000 eggs were recalled and 1,470 cases of illness were reported during a salmonella outbreak from Wright County Egg and Hillandale Farms. If you put the recalled eggs in cartons and laid them out side by side, they would cover 240 acres. 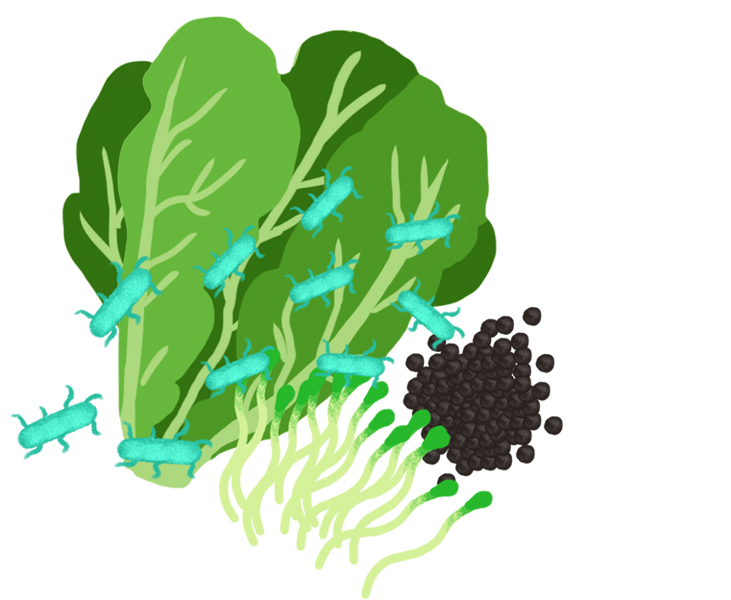 A sampling of Class 1 Recalls 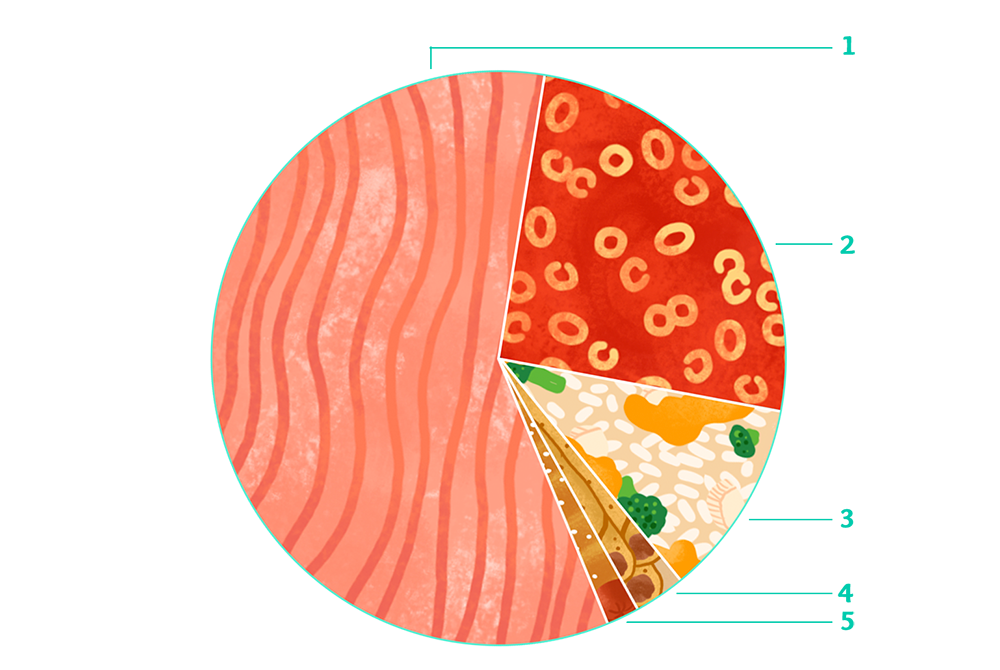 ARE WE SOLVING THIS PROBLEM? 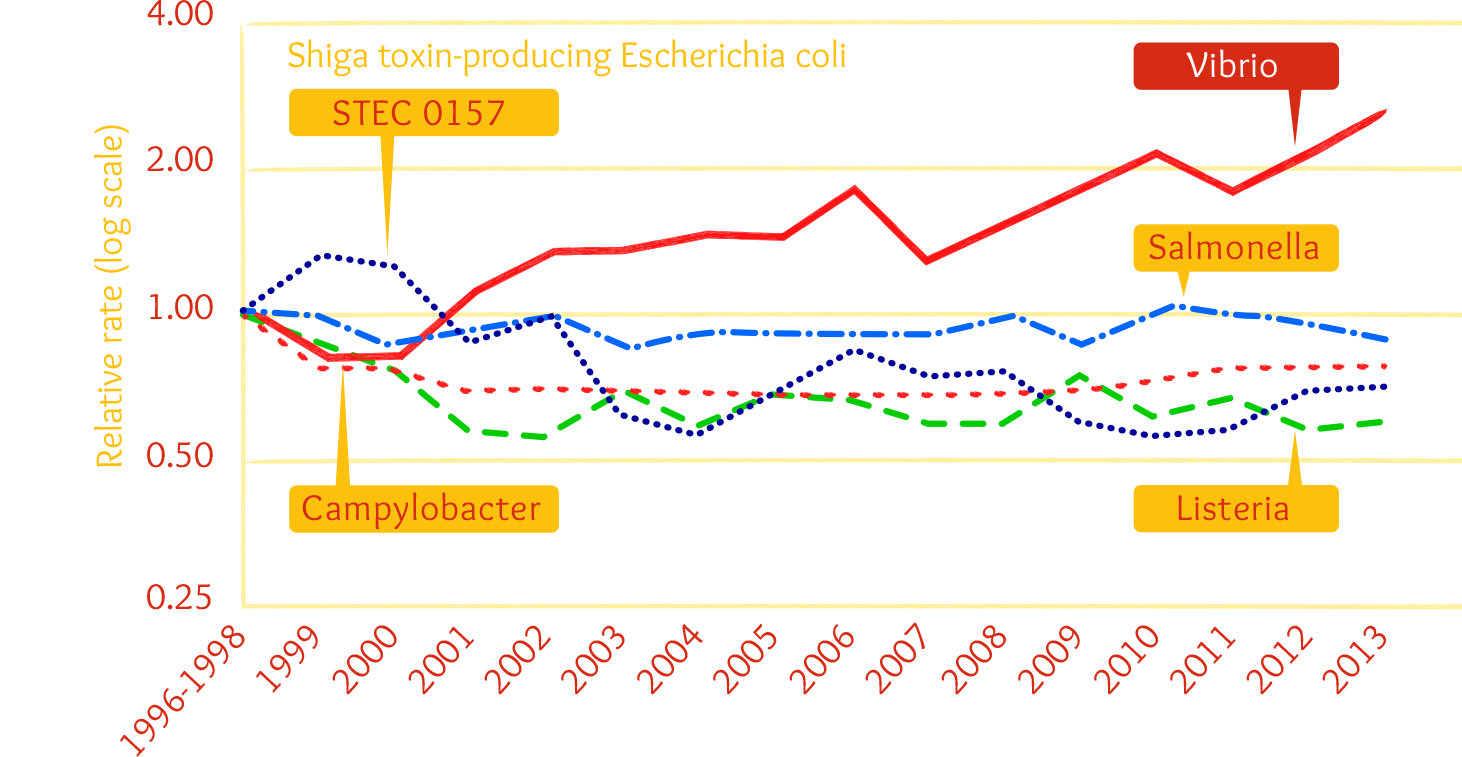 It’s more like we are treading water. Vibrio infections (usually associated with raw oysters) are going up. Salmonella hasn’t budged. The others (shiga toxin-producing E. coli, Campylobacter, Listeria) are all down, but definitely not out.

The Food Safety and Inspection Agency (FSIS) standards allow companies to sell poultry contaminated with salmonella as long as it’s not all contaminated.

There are 15 different federal agencies responsible for food safety, but two do most of the heavy lifting. FSIS in the USDA covers meat, and the FDA covers almost everything else, including eggs, and fish, but not catfish. Each agency has different rules and powers. Obama’s 2016 budget includes a proposal to consolidate this mess into a single food safety agency.

In the chart above: The position of each line indicates the relative change in the incidence of that pathogen compared with 1996-1998. The actual incidences of these infections cannot be determined from this graph. (Source).