What does organic actually mean? It’s tricky, because the word “organic” has at least two distinct meanings. It arose as the name for a movement with a particular belief system. Later, it also became a formal regulatory label governed by the U.S. Department of Agriculture. Meanwhile, most of us just want to know if organic means “better”: if it’s healthier, more sustainable, and, in short, worth the money.

My unsatisfying answer: It depends. There are spectacular organic farmers, and spectacular farmers who don’t comply with the organic rules (and their opposites). I equivocate here because the organic rules are more about process than outcomes. Instead of governing results — i.e. defining organic by the nutritional content of food, or environmental quality measurements on farms — the rules mostly govern the tools used in food production.

Need the three-minute version? Watch this:

OK, let’s start with those official rules. What are they? And how good a job does each rule accomplish of actually making food “better”? I don’t aim to determine whether organic, overall, is “better” — I think that depends on the way farmers use their tools, not on which tools they use. Instead, I’ll try to tease apart the assumptions that link the rules to our judgements about goodness. 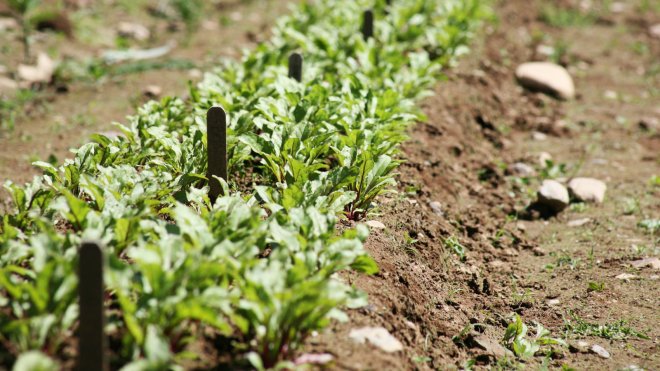 Basically, if humans made a substance, you can’t use it in organic farming. There are exceptions: There’s a list of approved synthetics that organic farmers can use under certain circumstances.

But the whole idea that “natural” is safer than synthetic is just wrong. It is true that we’ve had more time to get used to the natural hazards — and not as much trial and error to discover hazards in newer substances.

It’s often impossible, anyway, to say definitively whether something is natural or synthetic. The dividing line is subjective; “natural” means different things to different people. This hazy line between natural and non-natural has caused all sorts of controversy among farmers over the years. Julie Guthman, in her book Agrarian Dreams: The Paradox of Organic Farming in California, lists some of the arguments on this issue:

Several grape growers mentioned their frustration that cryolite [used as an insecticide] was being phased out as an allowable* substance because it was no longer being mined … its synthetic forms were completely prohibited. Black plastic is allowed for solarization [heating] or for mulching as long as it is removed from the field after use, yet solarization completely kills all biological activity in the soil … Other comments: “We can use Bt [a bacterial insecticide] but not urea, compost but not [heated] oil. How can you be more natural than crude oil?” “Why is it perfectly acceptable to drive tractors around that not only use diesel fuel but also worsen soil compaction?”

The organic community continues to struggle with these contradictions. Currently there’s a movement to prohibit hydroponically grown plants from gaining organic certification.

This one seems simple, but it’s surprisingly confusing, because the definition of GMO is squishier than you might think. For the organic standards “no GMOs” means no plant or animal can be used in organic food if it has a gene from another species that’s been put there by humans. It also means no meat or dairy from animals fed on GM fodder. (Organic farmers can use manure from animals fed GMOs for fertilizer.)

But organic farmers can, and do, use plants that have been genetically modified with ionizing radiation or chemicals. There are several great organic crops made through this kind of mutagenesis, including my favorite organic brown rice.

And as scientists get more skilled at genetic engineering, the focus is shifting toward making small revisions in the genome rather than moving DNA from one species to another. The products of this kind of gene editing are not always defined as GMOs.

Only non-organic farmers can use treated, sterilized municipal sewage for fertilizer. The technical term here is biosolids: dried, composted human poop that has come out of city sewage treatment. Organic people don’t like it because who knows what else besides crap ends up in there — motor oil, medications, Drano? But it sure would be more sustainable to close the cycle and reuse nutrients rather than flushing them into the ocean.

Sometimes people expose foods to ionizing radiation as a food safety measure. There aren’t many foods that are irradiated — but some are, to kill disease-causing germs. You can tell because those foods have this label. Anyway, organic can’t do that. 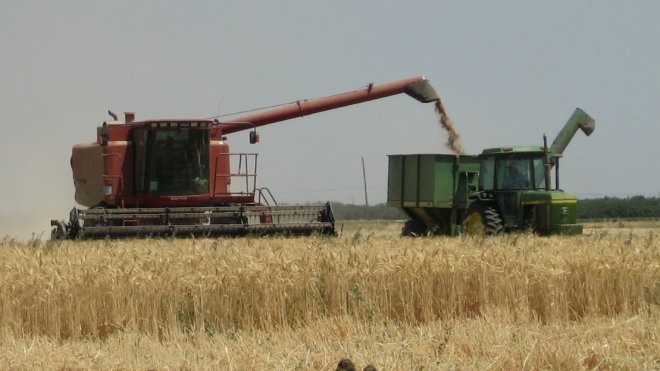 Conventional farms often get fertilizer that is synthesized from the air and natural gas. Organic farms mostly get it from composted manure. In addition, organic farmers may use nitrogen from South American mines, which has the same characteristics of synthetic nitrogen, but also contains salt (a potential problem for soil health). You can read my deep dive on nitrogen fertilizer here. In brief: Both approaches to fertilizer are appropriate in their place, for complex reasons having to do with land use change and the nitrogen cycle.

To qualify as organic, farmers must rotate what they plant on any given plot of land. This breaks up insect pest life cycles and encourages biodiversity. Most conventional farmers do crop rotation, too — the classic Midwestern system alternates between corn and soy every year. Organic farmers often do longer rotations: corn, soy, alfalfa, for example.

This is a big one. When conventional farmers have a weed or insect problem, they often control it with a chemical pesticide. Organic farmers rely on plowing, weeding, pheromone traps, and by providing habitats for predatory insects.

Organic farms also have a set of approved pesticides that they can use — for instance, copper and sulfur are both widely used, as are oils, which are sprayed to smother insects. Organic pesticides tend to be less toxic than synthetic pesticides, but are used in larger quantities per acre. 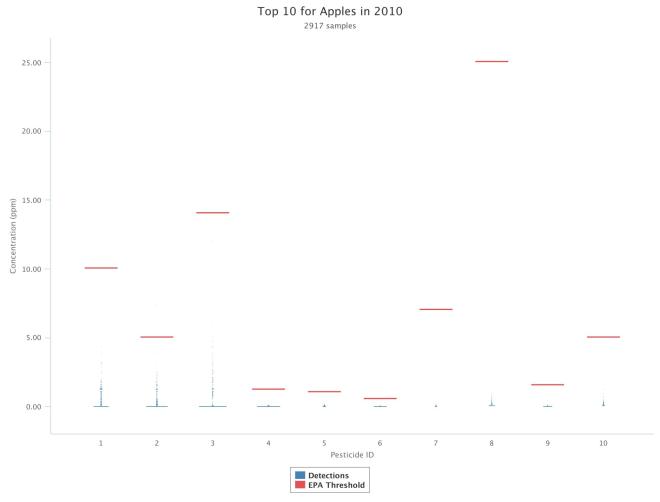 Controlling weeds without herbicides creates complications for workers as well. Farmworkers have successfully banned the use of the short-handled hoe, which forced them to bend close to the ground as they weeded crops. But in California, organic farmers are allowed an exception to the rule — instead of a short-handled hoe, farmers can have their laborers weed by hand. The classic labor rights issues are just as fraught, or even worse, for workers on organic farms, both small and large. 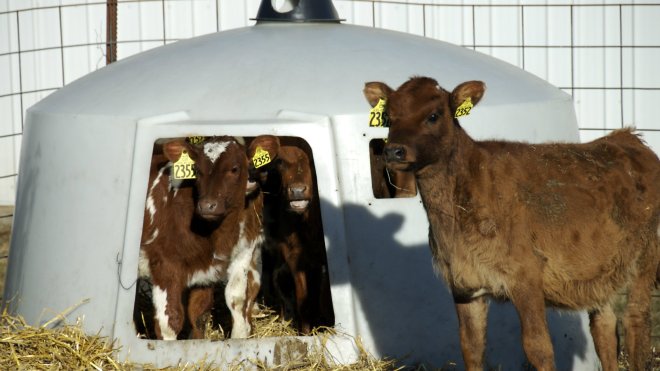 OK — when it comes to organic meat and dairy, here’s the deal:

For animals to be organic, you gotta feed them organic corn or other organic kibble.

And if it’s a chicken, pig, or other non-ruminant, its must have access to the outdoors. Sometimes, however, that may just be a door to the terrifying beyond that no animal ever uses.

No antibiotics, no growth hormones

If your animals are going to be organic, no growth hormones are allowed and no antibiotics are allowed, period. If the animal gets sick, however, the farmer is still required to treat it with antibiotics if they are needed — but then the animal is no longer organic.

Those are the main rules. Oh, you’ve probably seen a ton of labels — Oregon Tilth, California Certified Organic, Midwest Organic Service — but you can basically ignore those: These organizations just serve as the certifying agencies that check the USDA organic standards.

If farmers and environmental scientists were to design the perfect system, it might not be strictly organic. For instance, in some situations it would make more environmental sense to use a little bit of a synthetic pesticide than to spray the oils, copper, and sulfur that the organic program allows. Using compost and manure is really good for soils. But we also have to use some synthetic fertilizer if we want to shrink our agricultural footprint and stop cutting down forests. Even growth hormones make sense from a greenhouse gas perspective: A faster growing steer spends fewer days burping up methane and needs fewer acres devoted to feeding it. None of this is simple.

Organic — behind the rules 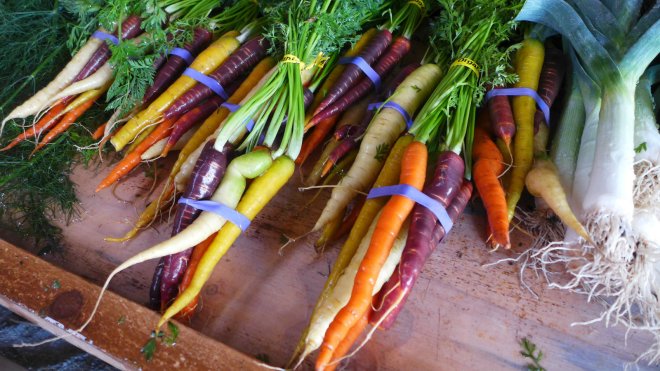 No one has ownership over the term organic. Yes, as a certification it is defined and regulated by the U.S. Department of Agriculture and other government agencies around the world. But before any of that, it was a set of principles. My reading of organic literature, and this review by the National Research Commission, suggests that organic belief systems are built on two main pillars:

This stands in opposition what might be called the industrial belief system. The main pillars of that philosophy:

Any adequate analysis of agricultural sustainability should try on both these pairs of ideological sunglasses. It seems to me that the industrial partisans — looking through the rose-colored glasses of ever-improving efficiency and technological progress — have at times been blind to inefficiencies at the ecosystem level (dead zones in lakes and oceans, greenhouse gas emissions). Likewise, organic partisans — looking through the dark glasses of environmental decline and technological failure — have at times been blind to imperatives for land-use efficiency (there really is a lot of evidence that we can preserve more biodiversity by farming more intensively), and to the true humanitarian improvements that have come with industrialization.

We’ve got to do it all: Work in concert with ecosystems, grow the raw materials to support a thriving civilization, do it on a land area small enough to preserve wilderness, and accomplish that with tools that won’t hurt us. The organic ethos gets us part way there. To go the rest of the distance, we’ve got to embrace the good from both belief systems.

*Correction: An earlier version of this story misquotes the book by using “unallowable” instead of “allowable.”