What you need to know about antibiotics in livestock 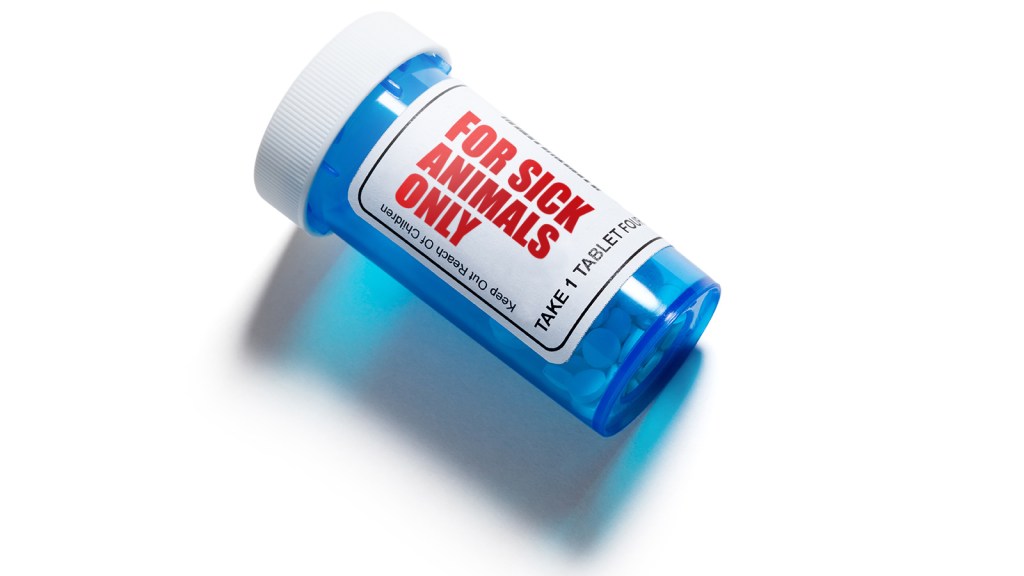 What you need to know about antibiotics in livestock

You’ve probably heard some controversy about antibiotics being used on farm animals – what’s the deal?

First, it’s important to clarify what we’re actually worried about. If you’re grossed out by the idea of antibiotics in your meat, don’t worry, that isn’t really the issue. Since some people are allergic to antibiotics, the USDA already inspects meat to ensure it doesn’t contain any antibiotic residues, and animals have a required withdrawal period before slaughter so that the drugs can fully leave their system1. Same with milk and eggs. Phew.

What might keep you up at night, though, is the growing problem of antibiotic-resistant bacteria. About 23,000 people in the U.S., and 700,000 people globally, die each year of antibiotic-resistant infections. These infections are hardest to treat in vulnerable groups like cancer patients, and in poor countries that don’t have the technologies and medicines to combat more complex infections. Bacteria evolve resistance as part of an inevitable biological process — we’ll never stop it. But we can accelerate it by making bad choices. Human medicine creates the most direct threat of bacteria evolving antibiotic resistance, but livestock are also a major reservoir for resistant bacteria.

“When it comes to bacteria, human and animal environments are inextricably linked,” said Lance Price, a professor of public health at George Washington University. Drug-resistant bacteria that develop in animals don’t necessarily stay there. But how do they get into humans? Hang on now, because it’s going to get a little gross: Bacteria in a cow’s gut can end up in manure that runs off into the water supply, or taint meat when the animal is slaughtered. Even if we wash our hands and cook the meat, bacteria can still get onto surfaces and into our gastrointestinal tracts.

We’re asking the tough questions on meat
Why does meat have to be manly?
Can meat actually be eco-friendly?
A restaurant isn’t “sustainable” if all its entrees contain meat

The key, according to the doctors and vets I talked to, is to give bacteria the least number of opportunities to develop resistance. As long as we still use antibiotics, we won’t eliminate resistance entirely; it’s a problem we work on, not solve. That means using antibiotics as minimally as needed to fight bacterial infections and keep animals healthy. (The same is true for human medicine, by the way, so stop asking for antibiotics when you have a cold!)

In the past, antibiotics were used fairly liberally in livestock feed to promote faster growth (Maureen Ogle has a great brief history on this). This practice is on the way out in the U.S., however, thanks to new FDA regulations and, frankly, because it doesn’t really work that well anymore. It turns out antibiotics only help animals grow better when other things like good nutrition and hygiene are lacking. Recent studies have shown that taking antibiotics out of feeds has little effect in developed countries, but may have a bigger impact in developing countries that don’t have advanced livestock sectors.

This fits with what I heard from Larry Sailer, a commercial hog farmer in north central Iowa. He explained that today, he uses antibiotics only on pigs that are showing symptoms of illness, and after consulting with a vet. But he says this wasn’t the case 50 years ago, when they kept their pigs outdoors and they were more exposed to weather and pests. “I can’t say that I ever used antibiotics for growth promotion back then, but I was worried more,” he told me, and explained that they used to use antibiotics more regularly than they do now.

Gail Hansen of the Pew Antibiotic Resistance Project said she welcomes the new FDA regulations that will ban growth promotion. However, she warned that the regulations, which limit antibiotics to uses “necessary for assuring animal health,” could leave the door open for antibiotics to still be used routinely for disease prevention, rather than treatment. “Preventive use isn’t always bad,” says Hansen. If you have 6,000 chickens in a barn and some of them are sick, you may have to treat the whole flock preventively. However, the regulations should be tightened so that preventive use doesn’t become scheduled, routine use.

The doctors, vets, and farmers I talked to all agreed that antibiotics should be used carefully under the supervision of a vet, and not as a substitute for good animal nutrition and hygiene. They also agreed that banning them entirely would be bad for animal welfare. As livestock veterinarian Jen Trout puts it, “Just as I don’t forgo medical attention for my children when they’re sick, I don’t forgo prescribing antibiotic treatment to an animal when it’s necessary.”

Another area of agreement was around ionophores, a class of antibiotics that are used in animals, but not humans. These drugs make up about 40 percent of the antibiotics given to animals in the U.S. When it comes to the resistance problem, the experts I talked to said ionophores are a low priority issue because they have never been used in humans. As we focus on reducing the use of medically important antibiotics, ionophores are a good option for the industry.

Although the U.S. may be turning the corner on antibiotics use in animals, we aren’t the only ones using these drugs. China is already the largest consumer of antibiotics for livestock, and Brazil and India are in the top five. Global use of antibiotics in animals is expected to grow by two-thirds by 2030, and much of that growth will be in developing countries. Since bacteria don’t have borders, the U.S. and Europe need to encourage the right kind of antibiotics use in these burgeoning livestock industries abroad. Antibiotics use in livestock will increase as developing countries adopt more advanced practices, so the key is to minimize the resistance pressure and ensure they are used prudently for health reasons, not growth promotion or unspecified “prevention.”

We also need better monitoring of how and when antibiotics are administered (to humans and animals) so we can better fight antibiotic resistance. If we can track when and how doctors and vets prescribe antibiotics, and where resistant infections develop, our public health will be safer.

Antibiotics are a crucial tool in both human and animal medicine, and overusing them threatens their effectiveness. But a lot of the attention on the livestock issue has been around a move towards “antibiotic-free” meat, which misses the point. After all, animals raised in an “antibiotic-free” program still have to be treated with antibiotics if they get sick; they will just wind up in the conventional market if they do. As with so many hot-button issues, the answer lies in the middle: responsible antibiotics use, not a blanket ban. That way we can keep our animals healthy, while also making sure our “miracle drugs” keep working in the future.

Marian Swain is a Conservation Analyst at the Breakthrough Institute in Oakland, Calif., where she researches global land use, food, and agriculture issues. She is on Twitter.