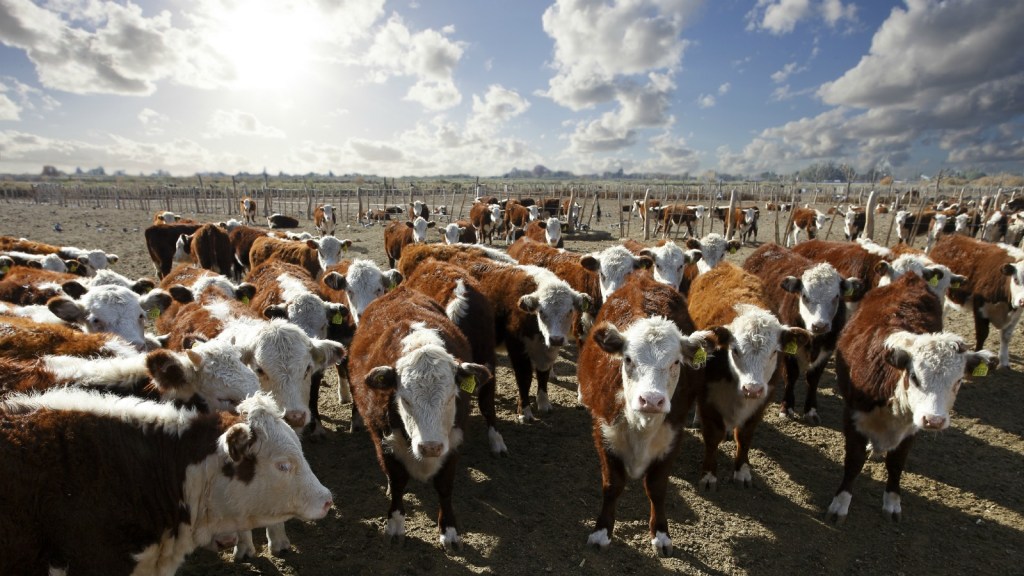 Cattle are already pretty bad for the climate — and now, for some Australian cows, a 13-hour flight to China is being added to their carbon hoofprint.

Chinese demand for beef — which used to be called “millionaire’s meat” — has grown fourfold since 2000, and Chinese beef prices are some of most expensive in the world, according to Bloomberg. That’s why Elders Ltd., an Australia-based company, decided to fly cows to China and milk the fresh beef market for all it’s worth.

Crated up and loaded onto the main deck of a Boeing Co. 747 cargo plane by hydraulic lift, the 150 beasts were on Australia’s first live cattle flight to central China. Destination: the abattoir.

The flights are possible, and profitable, because of China’s soaring demand for fresh beef and regulations that require imported live animals to be slaughtered close to their point of entry. That means that if you want to sell fresh steaks to China’s booming inland cities, like Chongqing, you need a big plane.

A recent free trade deal between Australia and China opened up the market for this experiment. For China’s coastal cities, cattle can be sent via ship — and Australia exporters have plans for that, too.

Precautions were taken for the Oct. 20 test flight to avoid too much of a mess: The cows were given limited food and water beforehand, and absorbent mats were placed on the floor to soak up the sloppy outcome of the bovine digestive system. After arrival, the cows were lifted out of Boeing 747 via crane and placed on a truck to take them to the slaughterhouse.

So bon voyage, Australian cattle! Hopefully, you’ll get a window seat (or crate?) on the plane and have the chance to see the Great Wall before you kick the bucket.