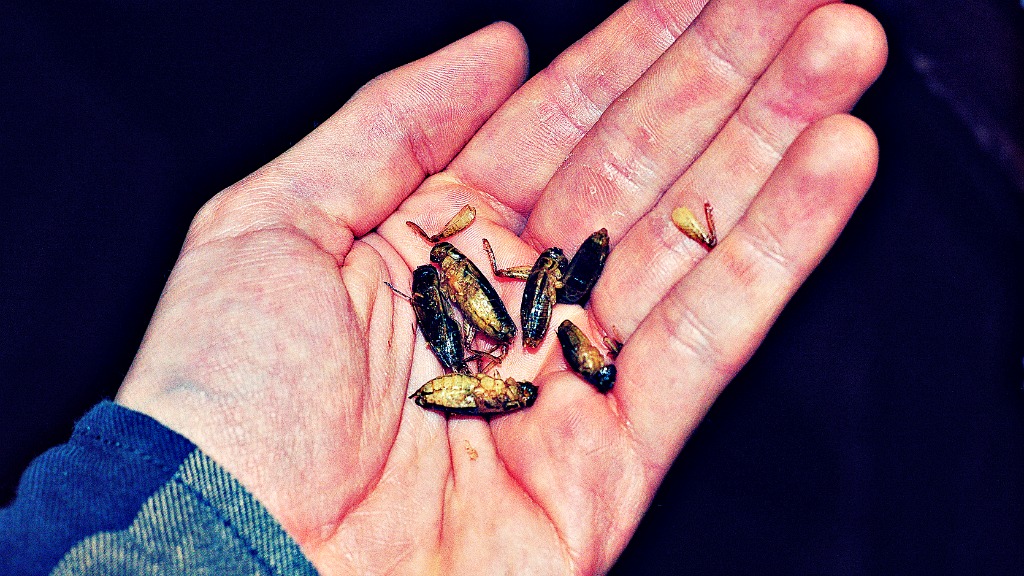 Gag at the thought of eating insects? Well, you already have: The FDA allows a surprising amount of bugs in everything from processed foods to spices to fruits and veggies. Seeing as we’re already snarfing them, entomophagist Daniella Martin argues that even vegans should embrace insects as a rich source of protein in her new book Edible: An Adventure Into the World of Eating Insects and the Last Great Hope to Save the Planet:

[T]he nutrient B12 can only be found in animal sources. Crickets and cockroach nymphs are both impressively good sources for B12. If vegans could accept the idea of eating insects, they could potentially manage their B12 intake just by popping a few crickets a couple times a week.

If the idea of tossing dead bugs down your gullet ain’t appetizing, Martin has a low-profile solution: ground-up insects in your protein shake.

[Insects] require much less space, pound for pound, than the standard livestock animal. They also have a superior input to yield ratio … In fact, with the same amount of food used between a livestock animal versus insects, approximately 400% more insect meat may result.

Mmm, tasty tasty insect meat! So far, Guilfoyle has been passing out samples of the insect-based protein powder at cage fights while trying to land a military contract. BugMuscle will supposedly be widely available this fall. Alert your personal trainer!