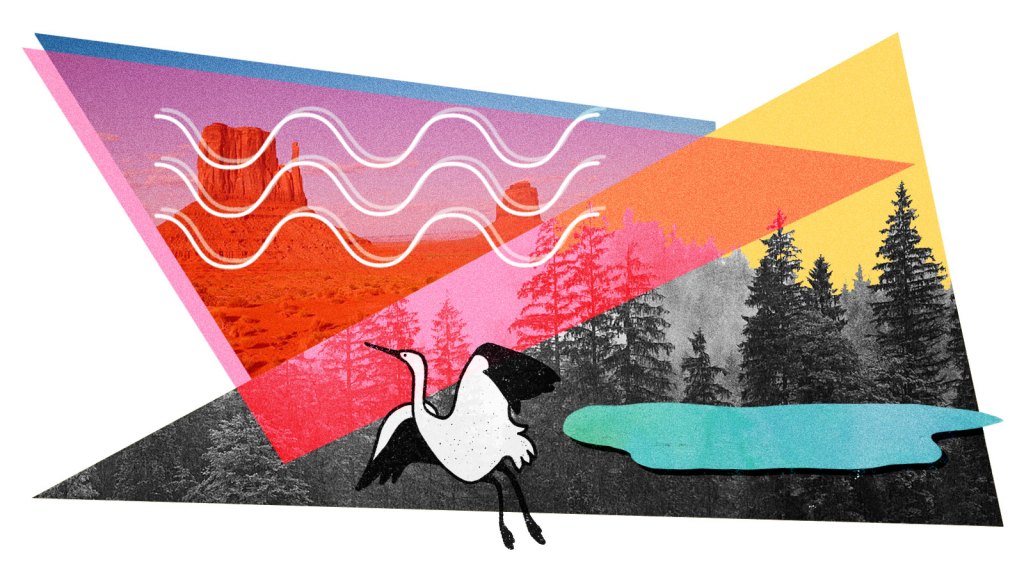 The abuse and neglect experienced by tribal nations throughout U.S. history has had far-reaching consequences. A wide range of health metrics for Indigenous people fall far short of those of other Americans, as does their access to preventative health care (and even, in some cases, their access to running water). Now, unsurprisingly, COVID-19 is having an outsized impact on Indigenous communities.

In hopes of combating these disparities, earlier this month the Biden presidential campaign released the “Biden-Harris Plan for Tribal Nations,” which outlines how the Democratic nominee’s administration would support better health outcomes for Indigenous communities.

The plan calls for investing in more doctors and medical professionals in tribal nations, increasing access to telemedicine for tribal citizens in remote areas, investing in education, and better targeting health care resources to Indigenous veterans. The plan also includes a substantial environmental justice component: It indicates that a large portion of Biden’s $2 trillion clean energy plan will go to infrastructure investment in tribal nations, and it promises to improve access to clean running water in Indigenous communities. Most significantly, perhaps, the plan promises to “immediately and ambitiously” tackle the unique effects that climate change will have on Indigenous communities.

“[Climate change] poses particular threats to indigenous tribes, from those that have to relocate because of erosion and rising sea levels on the coasts to those across the entire country experiencing varied impacts including droughts, flooding, wildfires, and changes in biodiversity that threaten their economic dependence on their land and water, as well as traditional subsistence activities critical to the survival of many tribal communities,” according to the plan.

The proposal promises to protect tribes from the after-effects of resource extraction by plugging abandoned oil and gas wells and reclaiming abandoned mines that may be polluting the air or nearby water sources for tribal communities. The Biden-Harris plan also calls for directing the Department of Agriculture to ensure that its “climate smart production” programs are geared toward Indigenous farmers and other farmers of color.

The plan was released earlier this month after a meeting with Indigenous veterans and tribal leaders in Arizona, where Biden and vice presidential nominee Kamala Harris also promised to increase the representation of Indigenous Americans in government.

A week after the plan was released, over 200 Indigenous leaders formally endorsed Biden for president, stating that they trust that the Biden administration would support social justice for Indigenous peoples.

“As Indian Country continues to face enormous challenges to protect the health, safety, and welfare of their nations, we need a leader who is willing to take bold action and make the investments that are needed,” the endorsement read.

Elizabeth Kronk Warner, a dean and professor at the University of Utah’s law school who is also a citizen of the Sault Ste. Marie Tribe of Chippewa Indians in Michigan, praised the plan’s attention to detail and the way that it dovetails with the Biden-Harris clean energy plan to address systemic environmental justice issues for Indigenous groups.

The latter plan was released this summer and promises to invest about $2 trillion in clean energy infrastructure, including upgrading the nation’s electricity grid with substantially more wind and solar energy generation. The proposal also promises to fund emission-free public transportation and upgrade and weatherize buildings for better insulation and lower energy costs.

“That’s something that has been a challenge broadly in Indian Country, is that we don’t perhaps have the data that we need to make those data-informed choices to help our communities,” Warner said.

Teresa Seamster, a health committee member with the Navajo Nation’s Counselor chapter, reviewed parts of the plan and called it a realistic approach to addressing disparities in Indigenous communities.

“These are all measurable things — services, if you will — that could be deployed and that are very needed,” she told Grist.

Seamster said that additional medical facilities in tribal nations could improve how both tribal authorities and the federal government track pollution and its effects on tribal health. More doctors and clinics could lead to earlier detection of different pollutants that cause long-term health issues.

“[Tribal nations] may not have the facilities to do the kind of testing that needs to be done in a timely way, especially if you’re measuring things like exposure to toxic pollutants of any kind,” Seamster said. “Tests have to be done within a few hours to be accurate at any level.”

The Biden campaign has also promised to appoint more Indigenous people to higher government positions and to work with tribal leaders on health care and safety issues.

According to Seamster and Warner, pushing for more Indigenous representation in the federal government could mean more care for the environment and better health outcomes for tribal nations in the long run.

“it’s going to take having more native people in higher positions to communicate and to protect the Indigenous way of life,” Seamster said.