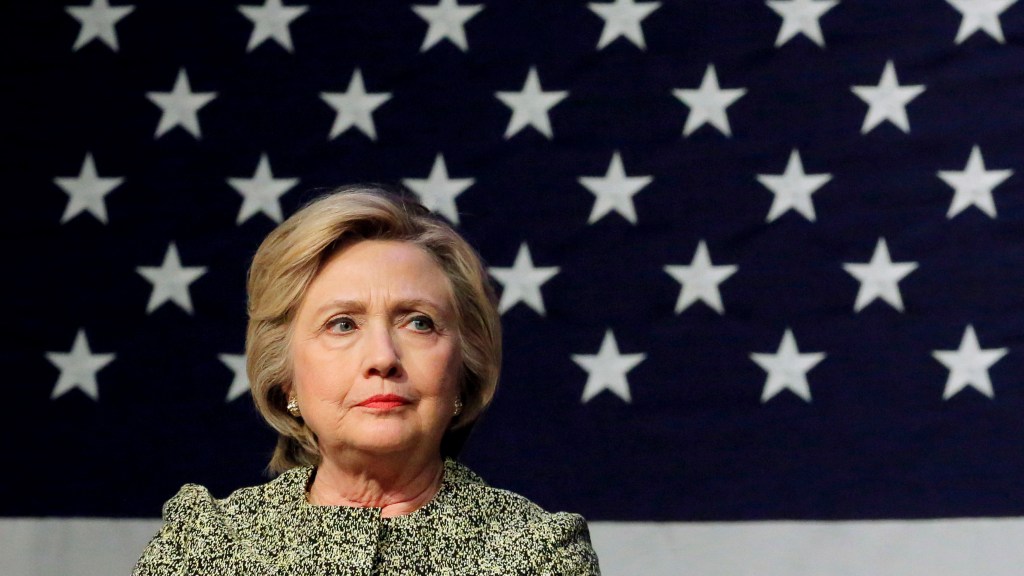 Devoid of solid action strategies, Clinton’s plan fails to mention those who’ve made her analysis possible: People of color who have spent years fighting against (and sometimes dying from) environmental contamination and climate injustice. If Clinton wants to confront environmental racism, they say, she would do better to start by acknowledging and supporting the work already happening on this front.

Clinton’s plan — which is the most detailed statement on environmental justice issued by a candidate in the current race — includes eight major points to combat environmental racism. Top on the agenda is eliminating lead. A lofty goal, but one that people in Flint, Mich., a mostly black city, have been raising for a while. Elevating the conversation about environmental and climate justice to a federal level may sound good at first, and the plan does suggest that some laws and rules need to be more stringent, but some of Clinton’s proposals largely hinge on complying with what’s already on the books.

That doesn’t go far enough, says Angelo Logan, campaign director for the Moving Forward Network. “Uphold[ing] the law,” he points out, “is the least that should be done.” Logan adds that Clinton’s suggestion of creating an environmental justice task force doesn’t count for much either; there’s already a National Environmental Justice Advisory Council in place, and the current administration hasn’t followed its recommendations.

Clinton’s plan also outlines the need to modernize water systems, pointing out some places have little to no access to water. One of those places is the Navajo Nation, home to Jihan Gearon, who runs the Black Mesa Water Coalition. Gearon thinks Clinton is missing a very basic understanding of what it means to work with the people most affected by environmental racism. “When [Clinton refers] to indigenous communities,” she says, “the basic principles of sovereignty and of free, prior, and informed consent — which should and could include the right to say no to certain kinds of energy developments — are missing from this plan.” (Clinton does outline her stance on tribal sovereignty on a separate factsheet, but neglects to mention it in her environmental justice plan.)

Gearon’s comment gets at an important point. If you want to combat environmental racism, you’ve got to figure out how to support the communities you claim solidarity with; that includes allowing them to take the lead. By seemingly ignoring the fighters around her as she enters this arena, Clinton runs the risk of alienating the very people she says she wants to fight for. “We’re not just the poster children of why things are bad,” explains Gearon. “We need to be the decision-makers about the ways these things are addressed in our communities, and I don’t see that laid out in this [plan].”

Asked by Grist to comment on the criticism being leveled at Clinton, her deputy national press secretary Jesse Ferguson responded that Clinton “has been fighting for environmental justice for decades.” He cited the fact that she has worked with the EPA on air pollution and child asthma; was the first senator to ever hold an environmental justice hearing; and was “the first presidential candidate to call attention to the crisis in Flint.” But simply bringing up what people of color already know isn’t necessarily fighting for justice.

The inability to really acknowledge the people who are most affected by environmental racism and climate change was evident this past weekend when Clinton made a campaign stop at Industry City, a contentious symbol of gentrification in Brooklyn, N.Y.’s Sunset Park neighborhood. The chic warehouse complex stands a few blocks away from UPROSE‘s Climate Justice Community Resiliency Center, which was created in the wake of Hurricane Sandy. Elizabeth Yeampierre, who runs UPROSE, helped organize a protest against the venue while Clinton was there. One of the key points in Clinton’s plan is to “[p]rotect communities from the impacts of climate change by investing in resilient infrastructure” — precisely the kind of work UPROSE is already taking on.

“I don’t think [Clinton’s plan] goes far enough or has an understanding of how these core, densely populated urban areas can actually use these spaces to build for a climate adaptable future,” says Yeampierre.

Clinton isn’t alone in facing such scrutiny. While the leading GOP candidates have been largely silent on the topic of environmental justice, Bernie Sanders has incorporated it into both his climate and racial justice plans. Reactions by activists to his platform have been mixed: He’s been touted by some allies as the best candidate on environmental justice, but the recent resurfacing of a decades-old effort to export Vermont’s nuclear waste to a poor, Latino town in Texas inspired criticism from activists who fear that underneath the populist rhetoric there’s a whole lot of business-as-usual.

Genuine and well-financed federal attention to grassroots battles that have gone on for decades would not be unwelcome, and both Clinton and Sanders say they will make environmental justice “a national priority.” But in the wake of this week’s development, the message back to Clinton is clear. Whether it’s prosecuting big polluters, cleaning up brownfields, combating air pollution, or diversifying the climate energy sector — all key points in Clinton’s plan and necessary battles to fight — people of color have already put their lives on the line for these challenges, even when it’s not an electoral year. These struggles deserve principled support. The last thing this movement needs, concerned activists say, is vague promises from politicians who will co-opt their battles and render their work invisible.