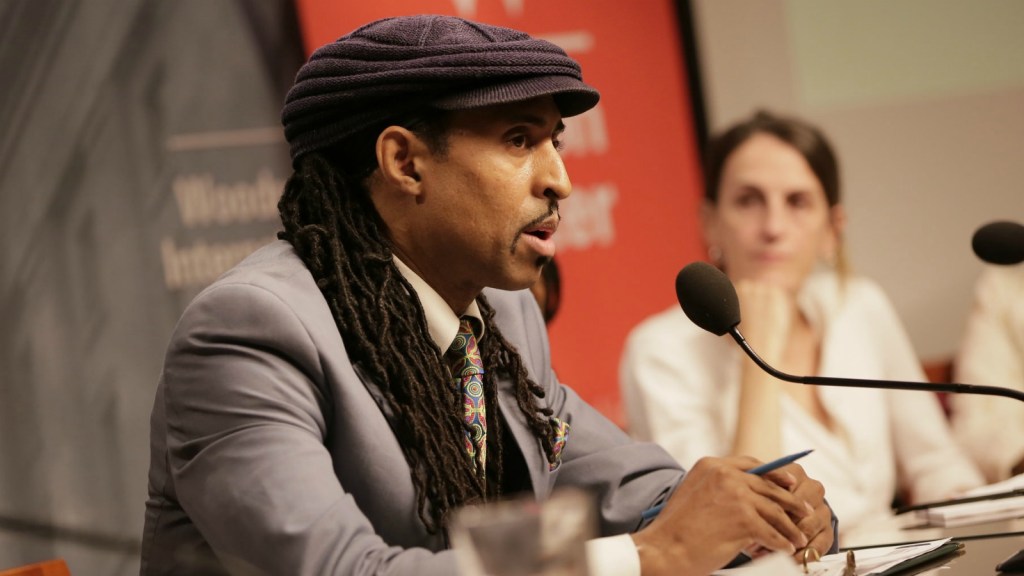 Environmental Change and Security Program
Taking My Talents To ...

When reports detailed the Trump administration’s planned budget cuts to the Environmental Protection Agency leaked earlier this month, it seemed like Mustafa Ali was a marked man.

Ali, an agency vet who helped lead the EPA’s environmental justice efforts for 24 years, oversaw an office that was going to lose close to 80 percent of its funding under Trump’s plan. That proposal sent a clear signal that the Trump White House wasn’t all that interested in helping vulnerable communities living amid environmental contamination.

Within a week of the budget leak, new EPA Administrator Scott Pruitt had a three-page resignation letter from Ali on his desk. It was gracious in tone, encouraging Pruitt to seize his “once-in-a-lifetime opportunity to bring people together,” and beseeched him to protect initiatives like the Collaborative Problem-Solving Model and Environmental Justice Small Grants Program that had helped more than 1,400 communities, according to Ali.

Neither Pruitt nor anyone else in the Trump administration has acknowledged his letter, says Ali. Since then, he’s taken a new role at the non-profit Hip Hop Caucus, where he’ll continue to work on environmental and economic justice, as well as voting rights, aiming to “move vulnerable communities from surviving to thriving.”

Ali spoke to Grist about the struggle for environmental justice and the effect that the Trump administration’s proposed cuts would have on veterans and young people. Our conversation has been edited and condensed for clarity.

Q. The EPA’s Office of Environmental Justice was created during President George H.W. Bush’s administration, and you worked at the agency through three other administrations after that. During that time, did you feel like there was always progress?

A. Yes, I did. Of course some administrations are a bit more wedded to the issue, but there was always at least incremental progress, moving toward improving the public health and the environment for communities of color, low-income communities, and indigenous populations.

Q. But your assessment is that environmental justice wasn’t going to be a priority any longer?

A. I was worried about being able to continue this very critical work that many leaders and lots of community folks have invested in for decades. I didn’t want to take steps backward by rolling back regulations that are necessary to protect the health, the environment, the lives of our most vulnerable communities. And that was it for me. I tried to be as patient as I could to see if we were going to prioritize the lives of these communities. And I just didn’t see it.

Q. Is the environmental justice movement only focused on communities of color?

A. There is a false narrative out there. Yes, these issues are definitely about disproportionate impacts that are happening in communities of color, but we also have strong relationships with brothers and sisters who are in Appalachia, who are in the Rust Belt, and many other places. And many low-income white communities are facing very, very similar challenges. This is a movement about people and about health. The environmental justice movement is inclusive, and it touches lots of different people.

Q. What will happen without a fully-staffed Office of Environmental Justice?

A. It means less information. Communities for years have been struggling to capture the information needed to verify and support what they’re seeing on the ground — health impacts, those types of things. Information is critical. The geographic information systems (like the EJSCREEN mapping tool) allow people to plug in their address and get a much better understanding of what contaminants are in the air or water near their community and what are some of the possible health impacts. Not having information means you’re weakening those systems and you’re weakening the ability for people to be able to protect themselves. So that’s a challenge.

Q. Who can fill that information gap going forward?

A. There are some really great organizations that have already been helping out. You have the Union of Concerned Scientists who have been doing work with some of vulnerable communities. Thriving Earth Exchange is another one. And then there are a number of colleges and universities.

Q. Are there other unforeseen consequences to the sharp budget cut the Trump administration is proposing for the EPA?

A. The EPA has been hiring a lot of veterans over recent years, because veterans get a preference for federal government jobs. So when you’re talking about cutting 3,000 jobs, or maybe 5,000 jobs, a big part of that is going to be veterans. And then some of the newer hires are young people who have done everything right. They went to school, did well, got a job. And now you’re going to cut those positions.