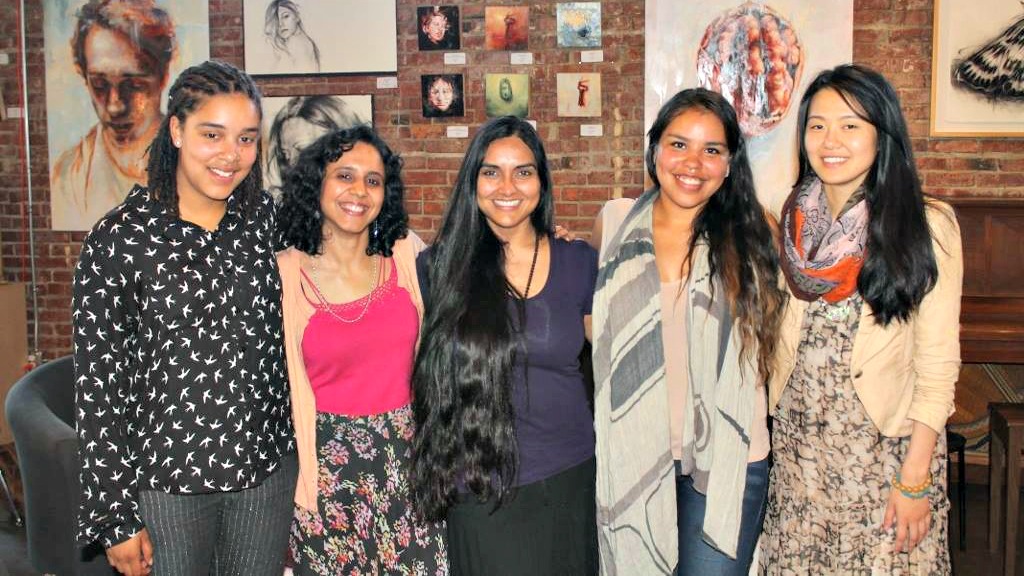 For Sarra Tekola, climate change hits close to home. Her father, Fasil, fled his homeland of Ethiopia in the ’70s (as documented in this Grist story last year). Fasil cites a bloody civil war as his reason for leaving. But Sarra sees a deeper connection: Ethiopia was suffering an epic drought at the time, one that crippled the agricultural economy and likely exacerbated the conflict.

The family story is just one of the things that fuels her work at Women of Color Speak Out, a new climate justice coalition based in Seattle. The group’s big quest: narrow the gulf between mainstream environmentalism and the environmental concerns of communities of color and women.

“We felt that the climate movement was mainly white, and cared more about planting trees and saving polar bears,” says Sopariwala. “It didn’t address other issues, such as the thousands of people who died in India’s heat wave last year.”

Grist recently met up with the women (Joshi was unable to attend) to find out what will make their project a success.

According to the group members, the massive, messy, tangle of colonialism, capitalism, racism, and patriarchy are the roots causes of global warming — but are often left out of the conversation in mainstream environmental movements. What’s more, these centuries-old institutions leave certain communities behind when it comes to dealing with the effects of climate change.

The group’s presentations not only connect such issues, they bring people from different walks of life together. For example: A recent talk about the relationships between climate change and systems of oppression was held at a cultural center for indigenous communities in the region. The audience? About 150 members of the local activist community, including members of Greenpeace and 350.org.

“The mainstream activists we come into contact with recognize there’s a gap in their understanding of people of color’s perspectives,” says Sopariwala. “Members of 350.org actually sponsored this event, and invited their communities to share our words.”

The women were first drawn to each other during the 2015 Seattle protests of Shell’s plan to drill in the Arctic, where they were some of the few people of color participating. There is still a dearth of voices of color at environmental organizations. While minorities make up about 38 percent of the U.S. population, a 2014 report found that they made up around 12 to 17 percent of staff at environmental organizations.

“We’ve had people of color tell us, after our talks, that they thought climate change affected only polar bears, forests,” says Tekola. “And hearing what we had to say brought the issue back to them, as something that affects them directly — which incites them to action.”

The group itself is a mini-U.N.: Sopariwala is an ex-Google-employee-turned-activist who moved to the U.S from India six years ago. Tekola, a PhD student in sustainability, is of Ethiopian-African American descent. Yu moved here from Taiwan when she was eight, and Joshi is a London transplant. Allen describes herself as “Tlingit Alaskan-black Caribbean-Mohawk-with-a-smidge-of-European.”

“We’ve all grown up in different places and cultures, with very different upbringings,” says Sopariwala. “That definitely feeds into our group’s overall perspective, and allows our audience to relate to us better.”

The group is already making an impact. Alex Chuang, a recently graduated high school senior, started up Youth of Color Speak Out at her school after attending one of the women’s presentations.

“WOC Speak Out changed my entire life,” she said at a recent presentation. “They pushed me over the edge of understanding how the world actually works and how we’re going to change things.”

But their message, which delves unapologetically into issues of poverty, white supremacy, and the prison industrial complex, amongst others, can be a hard pill to swallow. During the presentation at Alex Chuang’s high school some teachers walked out, recalls Tekola.

“Now we have a disclaimer before we start our presentations,” says Sopariwala. “‘You will feel uncomfortable and may feel defensive. This work is not going to be easy.’”

The group is also changing up its M.O. to be more inclusive and, well, fun. “We organize events with food, education, music, healing spaces,” says Yu. “That draws more people in and opens them up to the message.”

R&R is important, too. When I asked Yu what she was doing for the weekend, she said she was running off to New York for a couple of days. “I need a break from activist life. It’s hard!”

NB: Tekola just left for Arizona to complete her PhD, so the group comprises the other four women — for now.