4 things Trump got very wrong in his convention speech 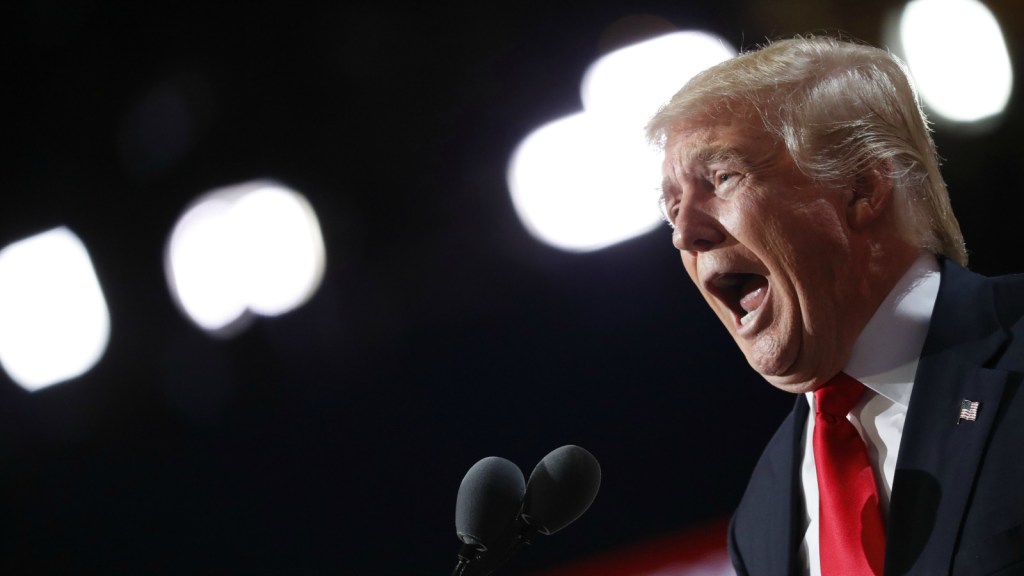 4 things Trump got very wrong in his convention speech

Donald Trump’s big speech at the Republican convention on Thursday didn’t contain a single reference to the environment or climate change. It was vague on policy overall, focusing heavily on the primary themes of this year’s Republican National Convention: bashing Hillary Clinton’s character and fear-mongering over crime and national security, with a heavy dose of Islamophobia and xenophobia.

There was, however, one section that dealt hazily with energy policy. Unfortunately, it was filled with falsehoods. Let’s go through the four key assertions one at a time:

• “Excessive regulation is costing our country as much as $2 trillion a year, and we will end it.”

The apparent source for this figure is the National Association of Manufacturers, a conservative business lobbying organization that is fiercely opposed to regulations. The group’s $2 trillion estimate calculates only the cost of regulatory compliance and not the cost savings that result from government rules. So the fact that environmental and workplace safety regulations prevent health-care expenses and missed work days, for example, is simply ignored in this calculation. When you do account for the benefits of regulations, they often end up saving far more money than they cost. Experts debunked NAM’s report; the nonpartisan Congressional Research Service cited the Office of Management and Budget in calling the kind of methodology used “inherently flawed.” No unbiased, empirical cost-benefit analysis would come up with anything close to the number Trump cites.

• “We are going to lift the restrictions on the production of American energy. This will produce more than $20 trillion in job-creating economic activity over the next four decades.”

The source for this $20 trillion figure is the Institute for Energy Research, an organization funded by the Koch brothers. As The New York Times has previously noted, “economic reality” contradicts this projection. Additional fossil fuel production has diminishing returns because increased supply means lower prices. So, according to experts the Times interviewed, the number is wildly exaggerated.

• “My opponent, on the other hand, wants to put the great miners and steelworkers of our country out of work — that will never happen when I am president.”

Hillary Clinton’s admission that coal workers will be put out of work in the years ahead was not a statement of what she wants; it was a statement of reality. The coal industry is shedding jobs because of mechanization, tapped-out mountains, and increasing competition from natural gas and renewables. President Obama’s Clean Power Plan would prevent backsliding toward more coal use but not seriously worsen the industry’s already grim prospects. So Trump can’t actually reverse coal’s decline just by rolling back regulations. In any case, Clinton, unlike Trump, has a plan to put laid-off workers from this dying industry back to work in growing sectors — including, but not limited to, wind and solar energy production.

• “With these new economic policies, trillions of dollars will start flowing into our country. This new wealth will improve the quality of life for all Americans — We will build the roads, highways, bridges, tunnels, airports, and the railways of tomorrow. This, in turn, will create millions more jobs.”

Trump is right that infrastructure investment would be good for the economy. Too bad his party’s own platform explicitly rejects spending on railways and many other kinds of infrastructure. And, in reality, Trump’s insane budget plan would leave no money for such projects.