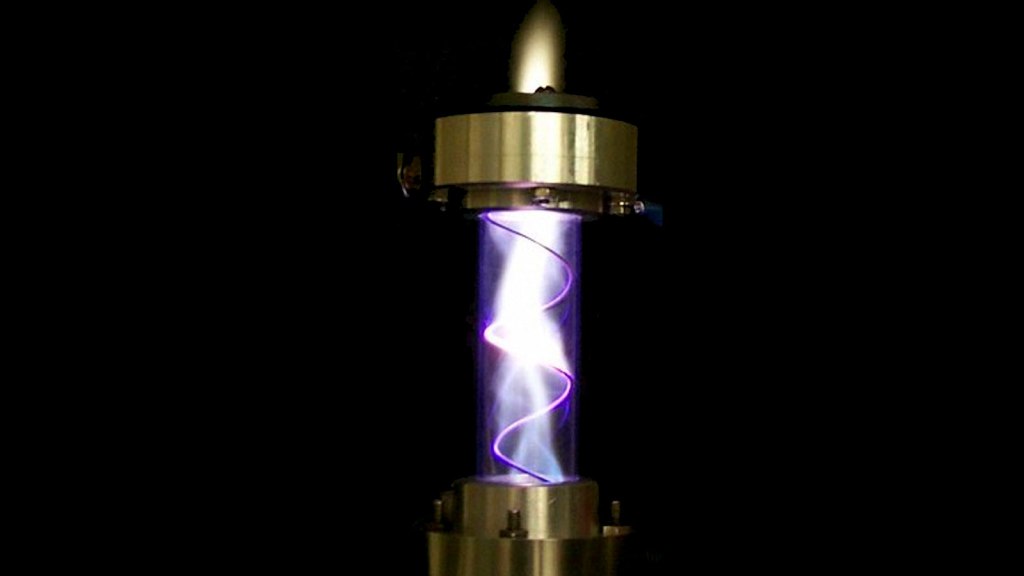 Christopher Sales is an environmental microbiologist, and until recently, his world was about harnessing the power of microorganisms to break down contaminants in the environment. But a resilient intruder that does not succumb to the same old tricks has shaken up the remediation community and led Sales to look outside of his field for a solution. It’s a chemical that’s been found in water, soil, and food all over the planet: PFAS.

PFAS (per- and polyfluoroalkyl substances) are a group of chemical compounds used in carpet, waterproof clothing, nonstick pans, and many other common products, that have gone unregulated and been dumped into the environment for decades. Exposure studies have linked some forms of PFAS to thyroid disease and some cancers, but there’s very little health research on most of them. They’ve been dubbed “forever chemicals” because they don’t break down over time, and now scientists like Sales are racing to figure out how to clean PFAS up.

“PFAS is becoming a big issue,” Sales told Grist. “It’s being found in a lot of different places, and unfortunately we haven’t found a microorganism that can degrade it.”

Sales is a professor at Drexel University, and he has experimented a little bit with biological treatments for PFAS with little success. But while chatting with one of his colleagues at Drexel’s Nyheim Plasma Institute, he learned that plasma was being used to kill bacteria and other contaminants in water, and wondered if it might be effective on PFAS. Plasma is the fourth state of matter after solids, liquids, and gases, and it is created by applying heat or electricity to gas. In September 2017, when the Department of Defense announced new funding for technologies to degrade PFAS, Sales asked the Nyheim researchers if they would be interested in collaborating. They secured a grant and got to work.

In January, Sales published a study detailing the results of that collaboration. After testing a new plasma-based treatment system on water samples contaminated with 12 different types of PFAS, they found that it degraded significant amounts of all of the compounds, and for some types of PFAS, the system degraded more than 90 percent of the contamination.

Degrading PFAS doesn’t necessarily remove their threat, because it can result in new, smaller molecules of PFAS. The real target, and the more challenging one, is to defluorinate them, or break apart their carbon-fluorine bond. In some of the tests at Drexel, the plasma treatment system successfully defluorinated about a quarter of the compounds.

“In terms of treatment efficiency, plasma technology ranks really high,” said Jinxia Liu, an environmental engineering professor at McGill University who was not involved in the study. Liu said that plasma treatments for PFAS are promising because they do not require any added chemicals and do not seem to produce harmful byproducts.

There are two ways to remove PFAS from water. Right now, the most widely used approach is to filter them out. But because PFAS don’t break down, filters just transfer the contamination from one medium to another. If the filter ends up in a landfill, PFAS can still seep out into groundwater. The other approach is to try to destroy the compounds altogether. Currently, the only scalable method to destroy PFAS is incineration, but that requires large amounts of heat and is very energy intensive.

Sales’ plasma treatment still requires energy, but much less. In plasma, what were once gas molecules have been broken apart, creating what scientists call a highly reactive environment. The freely floating electrons, ions, and unstable neutral atoms in this environment can be deployed as a sort of arsenal of weapons against other molecules. Depending on what the original gas was, some of these weapons will attack pollutants like PFAS. In their study, the Drexel researchers used regular air, which is cheap and abundant, as the gas.

The study results are encouraging, but they do not necessarily translate to a breakthrough in real-world decontamination efforts. The concentrations of PFAS in the water in Sales’ experiments were much higher than levels that are found in the environment. Sales said that at lower levels, the compounds become more difficult for the plasma to target. But this system was just a proof of concept on one liter of water. If Sales can secure another grant, he plans to scale the experiment up.

Another lab at Clarkson University has developed a plasma treatment system with comparable results using real groundwater samples. Last fall, the Clarkson researchers were also able to test it in the real world with a field demonstration on the groundwater at the Wright-Patterson Air Force Base in Ohio. Groundwater near military bases is notoriously contaminated with PFAS, since the chemicals have long been a key ingredient in the firefighting foam used to put out blazes during training exercises.

The EPA recently announced long-awaited plans to develop a drinking water limit for two specific PFAS compounds, PFOA and PFOS. Currently, the agency has only set a recommended “health advisory level” for drinking water of 70 parts per trillion. Although they haven’t published the results yet, Clarkson researcher Thomas Holsen told Grist that his team’s system lowered PFAS concentrations below that level at Wright-Patterson in most of the experiments. Their system can treat one gallon per minute, which doesn’t exactly compare to the filtration systems at wastewater treatment plants that process hundreds of gallons per minute. Then again, those systems don’t actually destroy PFAS.

Liu said the best application of plasma might be at the end of a treatment train, after other technologies have concentrated the contamination. “There are a lot of different treatment needs. There’s drinking water treatment, groundwater, processing water” — the kind used in industrial plants. “There’s no one solution that fits all. People need all these different technologies, and it depends on the situation,” she said.