This Friday, the U.S. District Court for the District of Columbia is expected to issue a decision on the construction of the Dakota Access Pipeline, which would carry around half a million barrels of crude oil per day across four Midwestern states.

While the hearing will be in D.C., tribal and environmental activists have gathered in North Dakota for weeks, pledging to stop the pipeline from entering the Missouri River. Some have taken separate direct actions at nearby construction sites.

Grist’s been capturing the scene on the ground: 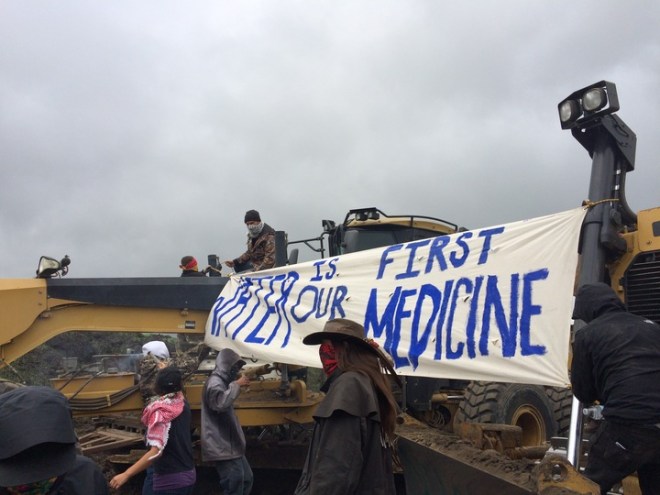 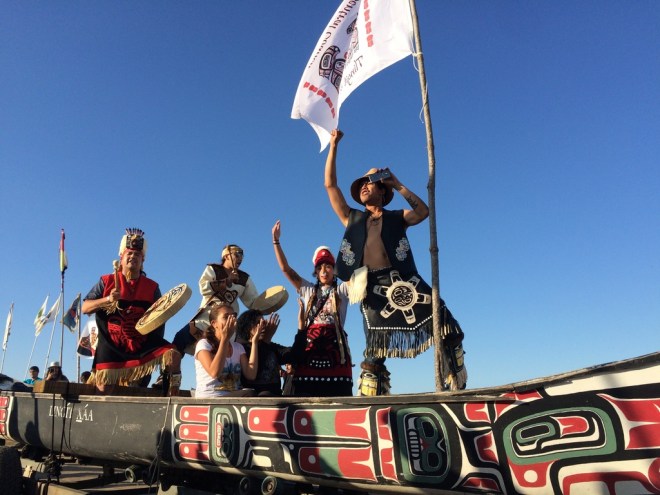 Tlingit artist Doug Chilton and his canoe traveled 2,800 miles from Alaska to North Dakota to take part in this week’s three-day canoe journey down the Missouri River to protest the Dakota Access Pipeline. On Tuesday, Chilton and a caravan of Northwest Indian tribes arrived at Red Warrior Camp near Cannon Ball, N.D. to a warm welcome from onlookers.Xian Chiang-Waren 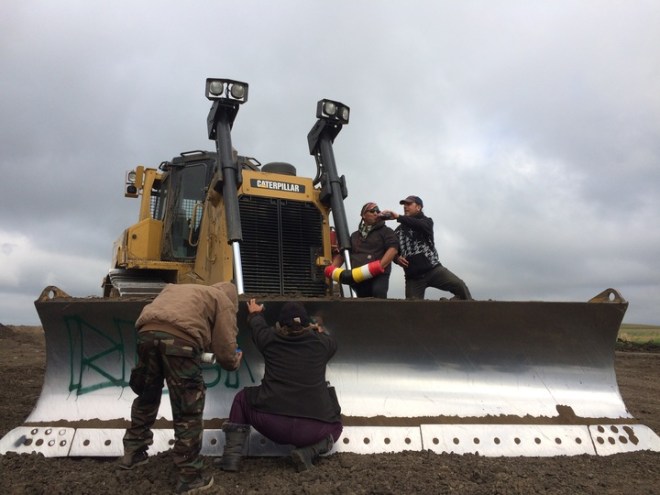 An indigenous activist locked to an excavator takes a drink of soda, while two others spray paint “Black Snake Kills” on the blade. “Black Snake” refers to an old Lakota prophecy about a black snake that would come to the prairie with the ability to destroy the world — or unify it.Xian Chiang-Waren