These dirty power plants cost billions and only operate in summer. Can they be replaced? 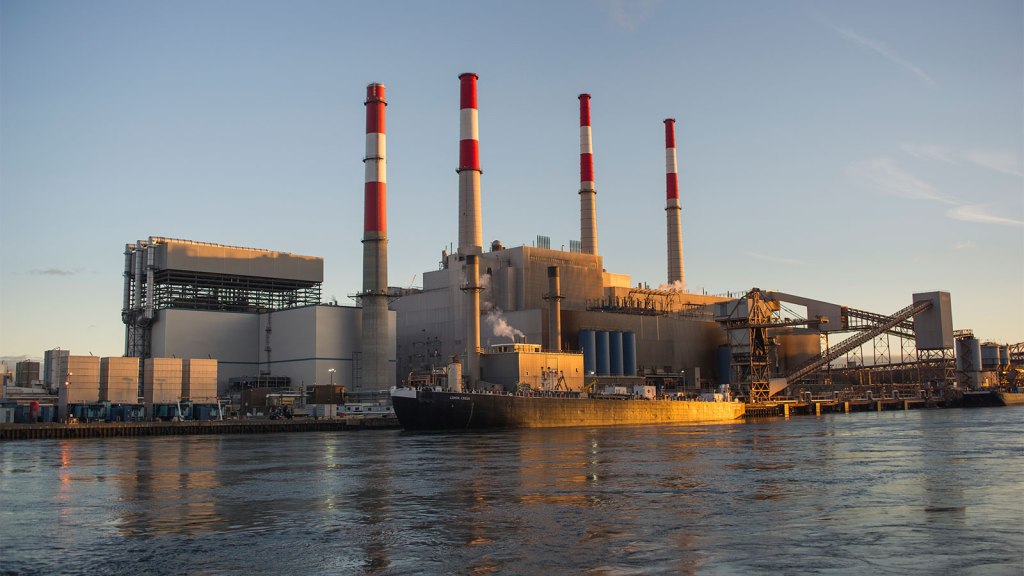 These dirty power plants cost billions and only operate in summer. Can they be replaced?

As the U.S. approaches another scorching summer, the power grid will be tested once again. Energy use typically spikes during heat waves due to the massive amount of electricity required by widespread air conditioning. This extra demand is met by so-called peaker plants, power plants that typically only run during these periods of peak demand. These plants can emit harmful pollutants like fine particulate matter, nitrogen oxides, and sulfur dioxide into nearby communities — which are often low-income neighborhoods of color.

Peaker plants are also expensive. In New York City, more than 600,000 families spend roughly six percent of their entire annual household income on energy payments, and peak electricity in particular is among the most expensive in the country. A new report has found that New Yorkers over the last decade have paid more than $4.5 billion in electricity bills to the private owners of the city’s peaker plants, just to keep those plants online in case they’re needed — even though they only operate between 90 and 500 hours a year. Even at the upper limit, that’s less than three weeks. This all means that the price tag for peak electricity in the Big Apple is 1300 percent higher than the average cost of electricity in the state.

Over 1.2 million New Yorkers live within a one-mile radius of a peaker plant — so not only do they pay unusually high electricity bills, but they are also exposed to harmful pollutants produced by the same entities who receive those payments, according to the report. Many of these facilities are 50 or more years old, lack modern pollution controls, and run on dirty fuels like kerosene or oil at least part-time.

“Instead of ratepayer money going to fossil fuel interests, we want to see that go to renewable projects, to community solar projects, to energy storage and other clean energy initiatives,” said Annel Hernandez, associate director of the New York City Environmental Justice Alliance (NYC-EJA). When it comes to transitioning away from fossil fuels, peaker plants are the “lowest-hanging fruit, because they’re only powered during peak demand.”

The new report, entitled “Dirty Energy, Big Money,” was published by the PEAK Coalition, which consists of New York City environmental justice groups NYC-EJA, UPROSE, and The Point CDC, as well as New York Lawyers for the Public Interest and Clean Energy Group. Their analysis found that about 85 percent of the last decade’s peak electricity payments were funneled to three private, out-of-state firms — a Boston hedge fund, a Houston fossil fuel generation company, and a New Jersey private equity firm — that own a large share of the oldest New York City peaker plants. These polluting plants are located in low-income neighborhoods of color, such as Brooklyn’s Sunset Park, a predominantly Chinese and Latino neighborhood, and the South Bronx, the country’s poorest congressional district and a predominantly black and brown neighborhood.

In the South Bronx neighborhoods of Hunts Point and Longwood, asthma hospitalization rates are nearly double the city average. Peaker plant emissions during a severe summer heatwave can exacerbate this underlying burden. Dariella Rodriguez, director of community development for The Point CDC, a South Bronx nonprofit that is part of the PEAK Coalition, says that residents being stuck indoors during the COVID-19 pandemic highlights the urgency of finding alternative solutions to existing peaker plants.

“Especially in the South Bronx, in a community like Hunt’s Point, where we know we’re very vulnerable to heat, weak infrastructure, and also air quality, this is a moment to rethink how our city and our state can use the land, build clean infrastructure, and support groups that are engaging in creative ways to change their communities,” Rodriguez said.

It’s not just New York City. A similar analysis released this month by Physicians, Scientists, and Engineers for Healthy Energy (PSE) shows that half of California’s 80 gas-fired peaker plants are located in what the state itself calls “disadvantaged communities,” based on socioeconomic, environmental, and health outcomes. California peaker plants disproportionately operate on days when smog levels already exceed federal standards, exacerbating local air quality and public health risks, according to the report. PSE said that it plans to release more results and data from other states such as Massachusetts, New Jersey, Texas, Florida, Nevada, New Mexico, and Arizona this month.

The reports argue that renewable energy and battery storage are the best alternatives to replace fossil fuel-fired peaker plants. In California, for instance, the aging Oakland Power Plant will soon be replaced with a mix of solar and battery storage. In New York City, environmental advocates have been pushing to transform Rikers Island, which houses the city’s most notorious jail complex, into a green infrastructure hub that would replace the peaker plants in the southernmost peninsula of the Bronx.

Both California and New York have already put out ambitious climate commitments to lower carbon emissions and phase out the use of fossil fuels, but environmental advocates say that government officials need the help of grassroots activists to achieve those targets.

“For us, we want to see the transition happen equitably and quickly,” Hernandez said. “In New York City, with strong planning, strong community input, and a real commitment from city and state government, renewable energy and energy storage and distributed generation can get us to the reliability and resiliency that we need.”