Young indigenous activists are leading on climate justice in Alaska 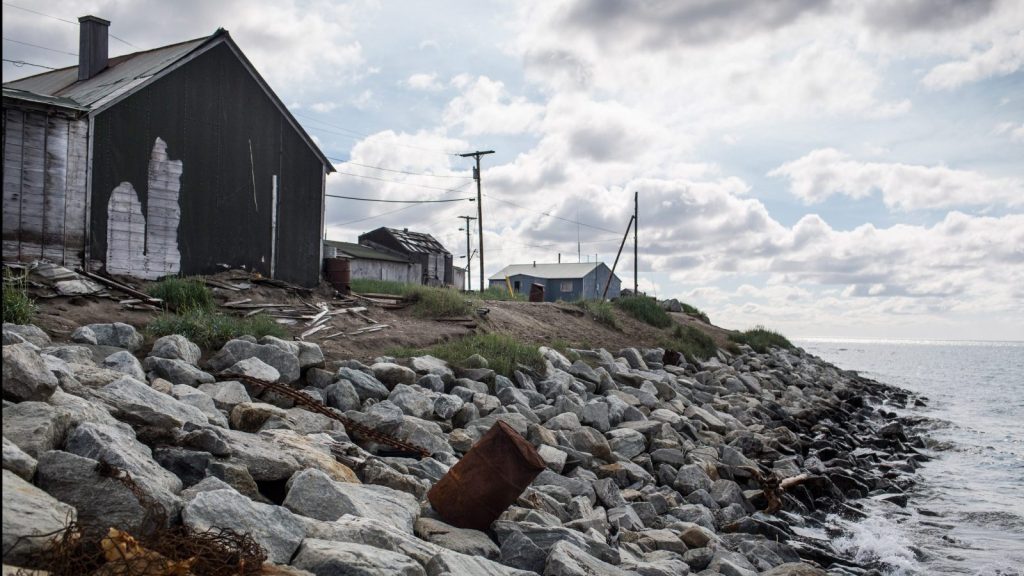 Young indigenous activists are leading on climate justice in Alaska

“We do not want to stop our ways of life. That’s why we’re here.” Seventeen-year-old Quannah Chasing Horse’s voice broke as she stood on stage in front of a sea of delegates at the Alaska Federation of Natives 2019 Convention in Fairbanks, Alaska. “We shouldn’t have to tell people in charge that we want to survive. It should be our number-one right. We should not have to fight for this.”

In October, at one of the largest gatherings of indigenous people in the U.S., the Hans Gwich’in and Lakota Sioux teenager stood with 15-year-old Nanieezh Peter (Neetsaii Gwich’in and Diné) and advocated for a resolution urging the federation’s voting members to take action on climate change as it affects Alaska Native people in a way that matches the scale and urgency of the problem. Chasing Horse and Peter, who spoke for the Elders and Youth Conference, which drafted the resolution, also called on members to create a climate action task force within AFN and to declare a state of emergency on climate change.

In appealing to the public for action, Chasing Horse and Peter join the likes of Swedish climate activist Greta Thunberg, 16, and clean-water activist Autumn Peltier, 15, (Wikwemikong First Nation). A groundswell of voices is amplifying the concerns of youth on larger stages — and decision-makers at the state, national, and global level are starting to listen. At the Alaska Federation of Natives Convention — a delegation of thousands of Alaska Natives from 12 different regions across the state — they were heard. Before the end of the session, the convention voted to declare a “climate emergency” to a standing ovation from the audience.

In their speech to the delegation, Chasing Horse and Peter noted that Alaska’s land and waters are warming at twice the rate as the rest of the world and that melting permafrost and mass erosion are forcing many communities to relocate. Chasing Horse said indigenous youth are watching the climate crisis impact traditional lifeways right before their eyes; she sees it every year as temperatures affect subsistence activities, with berries ripening early, permafrost melting, and animal migration patterns changing. Ruth Miller (Dena’ina Athabascan), 22, agreed.

Miller, who grew up in Anchorage, learned at an early age how her heritage, human rights, and environment are interconnected, in part from her parents, both native rights lawyers. This year, she represented the United Nations Association of the United States at the United Nations Permanent Forum on indigenous Issues in New York. At AFN, she was in the audience as Peter and Chasing Horse spoke in support of the climate emergency resolution. The impacts of climate change are “devastating,” Miller said, “because they affect day-to-day lives of subsistence hunters and gatherers of our rural communities of a state that relies on and is in deep relationship with our lands and waters.”

Still, the resolution faced opposition from delegates with oil and gas interests along the North Slope, who were concerned that it could hamper their ability to develop natural resources and extractive industry. The conflict illustrated philosophical differences between native communities relying on natural resource development for an economic base and infrastructure, versus communities who see it as a threat to subsistence lifeways.

Julie Maldonado works as a consultant for the Institute for Tribal Environmental Professionals, developing climate change adaptation plans with tribal communities. She sees a trend in governments and organizations beginning to seek out and listen to younger voices, a necessary step in finding answers to a global problem. “We have a whole lot to learn from them. And they can also see things much more clearly and be informed in ways that we don’t understand,” said Maldonado, a lecturer in environmental studies at the University of California Santa Barbara. Because tribal nations are sovereign, Maldonado says, interest groups and governing bodies looking at climate change have a responsibility to consult with them, and to include the expertise of indigenous communities when determining solutions. That includes heeding the knowledge and experiences of indigenous youth. “These voices have to be joined together,” Maldonado says. “It has to be an intergenerational conversation.”

Over the next year, the Alaska Federation of Natives delegation will use the climate emergency resolution to guide its legislative and policy work in the Alaska state legislature and the U.S. Congress. “For many indigenous peoples, we’ve had this agreement to our land and to our animals that we would protect each other, and we keep each other alive. We’d stand up for each other,” Chasing Horse said during an interview after the AFN resolutions gaveled out, with Peter by her side. “As youth, we have our new ideas and our perspective and fresh eyes,” Peter added, following up Chasing Horse’s thought. “Our voices are powerful.”