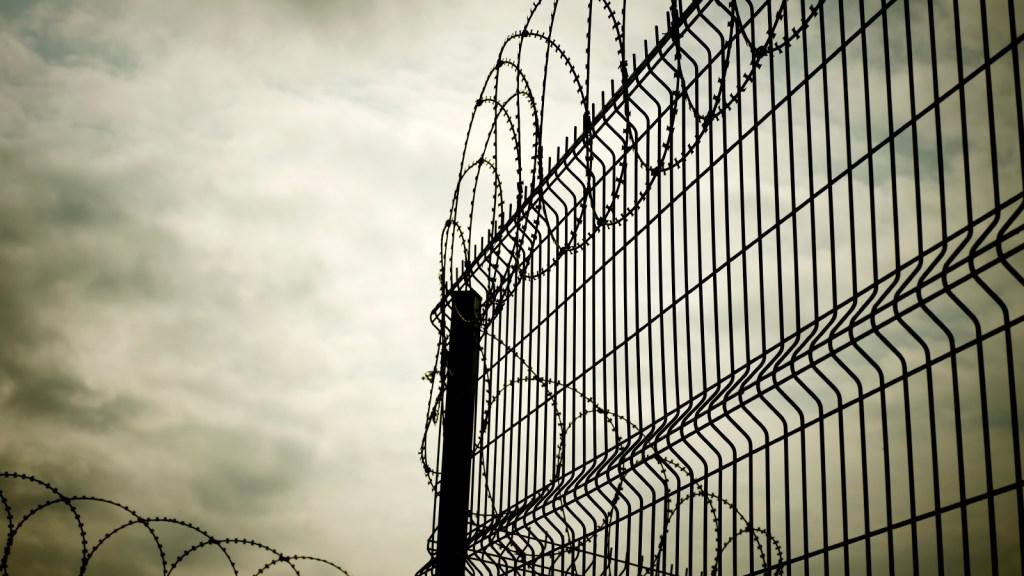 Earlier this week, the ACLU West Virginia chapter gave the state notice that they will be filing a lawsuit on behalf of the people incarcerated at the South Central West Virginia jail from Jan. 9 to 14 in 2014. Those seven days were a time of crisis for West Virginians.

Two years ago, on Jan. 9, a large-scale chemical spill occurred in the Elk River when thousands of gallons of the chemical 4-methylcyclohexane methanol, used to wash coal, poured into the river, contaminating the source of drinking water for hundreds of thousands of people. Residents of Charleston and nine surrounding counties were told not to drink the tap water for weeks. The company responsible for the spill was called — and no, I’m not making this up — Freedom Industries.

The name becomes even more ironic when one hears about the experiences of people incarcerated at the South Central jail in West Virginia. The ACLU accuses West Virginia of being in violation of the Eighth and Fourteenth Amendment for the treatment of prisoners during the week after the spill. People incarcerated “were given inadequate amounts of drinking and bathing water,” the ACLU asserts. “These actions denied basic human needs, inflicted unnecessary and wanton pain and suffering, and put [those incarcerated] at substantial risk of physical injury, illness and premature death.” The handling of the water crisis, they argue, was cruel and unusual punishment.

In the aftermath of the chemical spill, there were hundreds of people incarcerated at the South Central jail — all of whom relied on the state for clean water. But did the state provide it? An investigation by ThinkProgress uncovered some of the numbers:

Many prisoners interviewed by ThinkProgress say they suffered a myriad of health problems after exposure to MCHM and other chemicals present in the water supply.

“We got three 8 oz. jugs of water a day. I don’t think that’s enough water. We thought we was going to pass out,” said former inmate Perry Changes, who was transferred out of South Central in February.

Documents obtained by ThinkProgress show guards were only told to provide inmates with four 8-oz. servings of water a day. After inmates complained, officials decided five servings should be “sufficient,” according to internal emails. A heavily-redacted jail log shows flushing occurred in a single day, not three.

According to guidelines from the Institute of Medicine, men over 19 years old should be drinking roughly 100 oz. of water a day (over three-quarters of a gallon) to stay hydrated. Women need around 73 oz. (over half a gallon) a day.

While jail officials have denied some of the accusations, they did acknowledge to Think Progress that “inmates were given far less then eight bottles a day.” In response to the ACLU lawsuit, a spokesperson from the State Department of Military Affairs and Public Safety told the Charleston Gazette-Mail that inmates were given 48 ounces of water [in total] between Jan. 11 and 16, and stated that “officers worked overtime to conduct this process, section-by-section, until regular water use was restored.”

To make matters worse, according to the ACLU and the testimonies of people incarcerated, inmates who spoke up about receiving an adequate amount of water were punished both during and after the chemical spill. A month after the spill, a group of volunteers involved with the West Virginia Clean Water Hub and Radical Action for Mountains’ and People’s Survival (RAMPS) visited and interviewed over 50 people incarcerated in the jail and collected letters from others. The summary of their accounts of what happened during and after the spill paints a detailed and harrowing picture. According to their report, inmates were exposed to the contaminated water right after the spill and were not given enough water from other sources while the tap water was contaminated.

The report also outlines numerous health issues inmates experienced during the crisis, including headaches, dehydration, vomiting, diarrhea, rashes, blurry vision, and fainting. It states that those seeking medical treatment were punished for doing so, and that those who spoke up about the treatment or asked for clean water were punished with solitary confinement. Tyler Roy, a 20-year-old who was incarcerated in the jail at the time, described a moment of resistance that occurred during the crisis:

[M]yself and several other inmates started asking employees for water to drink. We also needed it for brushing our teeth, and normal everyday hygiene. They then refused to give us any water. We asked for their supervisor thinking he could help our situation. But the same thing occurred … We then sat down on the floor, and asked for water. The exact words were “We don’t want any trouble, we just need water.” They summoned at least 20 to 30 officers to make us lock in our cells. After a few moments we did so. The next day a shift supervisor and couple officers came and moved 6 of us out. They put us in the “Hole,” and claimed we had started a riot.

The lawsuit is a promising development in getting justice for those who were incarcerated at the prison. The ACLU will be seeking monetary damages, as well as changes in agency policies.