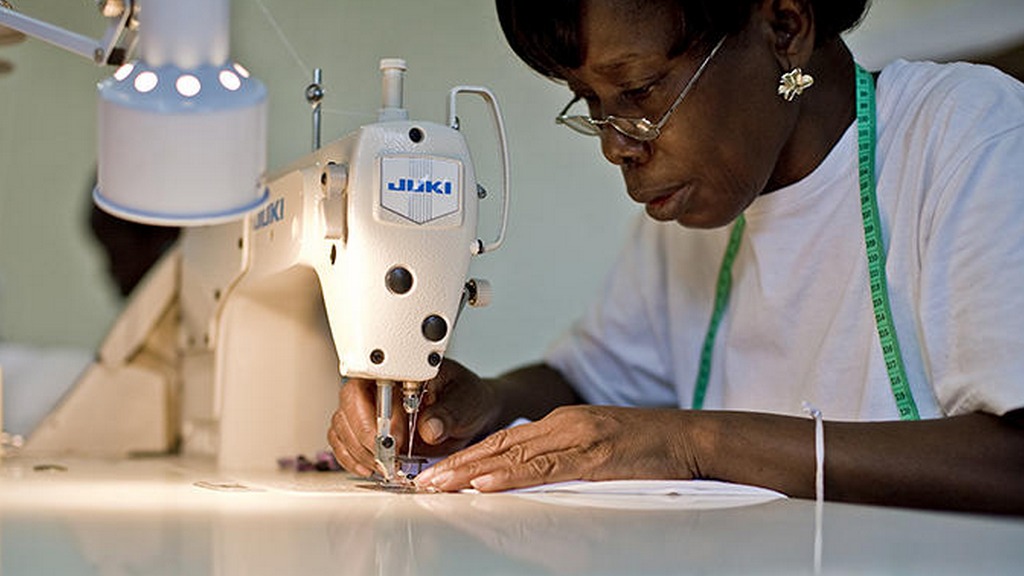 Chid Liberty’s first radical choice was hiring women in their 30s, 40s, and 50s to sew in his garment factories. But he didn’t realize it was radical until later, when he found out that — as with modeling or gymnastics — developing-world seamstresses are considered ancient by their mid- to late-20s. When Liberty hired older women, his trainer complained that he might as well fire them all.

Liberty’s second radical choice was not only keeping the women on, but investing in their success. Fast Co. has the story of how his worker-focused company is changing the game:

Liberty and Justice, the company [Chid Liberty] co-founded with Adam Butlein in 2010, is now Africa’s first fair-trade-certified apparel manufacturer, making tops and bottoms for brands like Prana, FEED Projects, Haggar, and other large buyers in the U.S. The workers at the company’s factories in Liberia and Ghana are 90% female, and paid 20% higher wages than their peers on average. Together, the employees also own a 49% stake in the enterprise, while L and J’s 51% gets channelled back into community development.

The result is a staggering success for both workers and the company. Both factories are growing, with the goal of hitting 700 employees at the Ghanaian factory and 500 at the Liberian factory by 2014.

And Liberty seems to be succeeding at his goal of empowering moms. While some 40 percent of kids in Liberia go to school, that number is up to an amazing 98 percent for kids whose moms work for Liberty and Justice. Not only that, but the women show up an hour early to work so they can pray and sing together. Liberty describes his more mature, committed workforce as “a mistake that worked out pretty well.”

I don’t know about you, but this gives me yet another reason to steer clear of Forever 21. At least until they start carrying Liberty and Justice clothes.