Against the "digital detox" metaphor 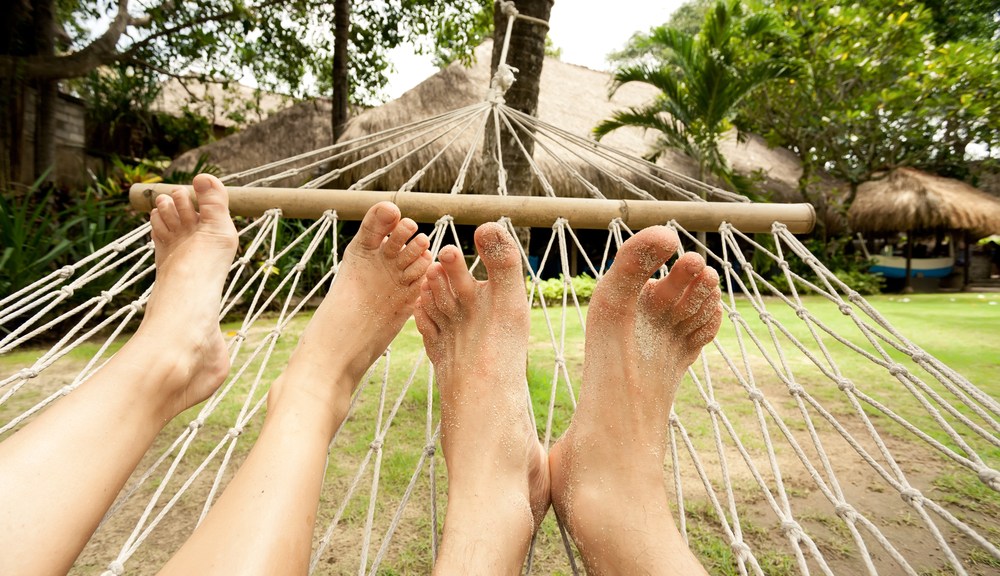 My Outside piece is framed as an escape from the online world — “unplugging.” That was the aspect of my farewell post that seemed to resonate most and got the magazine interested in the first place. Lots of people feel like they are addicted to email, chat, and social media and wonder what it would be like to take a break. So it’s a good hook, which is why it’s been the theme of several popular magazine pieces. (See in particular those by Baratunde Thurston, Paul Miller, and more recently, comedian Patton Oswalt.)

Nonetheless, in reality my break was about much more than digital overload. It was about news-cycle madness, overwork, poor physical health, and other reasons less amenable to labeling.

Moreover, in spending months reading the digital-overload literature — and man is there a lot of it — I’ve come to think that the digital aspects of our modern anxieties get misframed and misused quite a bit.

Take the phrase “digital detox,” which is part of the web title of my piece (unfortunately), the name of a vertical on The Huffington Post, and the tagline for a popular series of gadget-free getaways that’s gotten a ton of press. “Detox” indicates a purging of something toxic, something that’s poisoning or obscuring our true selves, something unhealthy. The implication is that online life, the representations of ourselves we make through digital communications, lure us away from authenticity and toward cheap performance.

Nathan Jurgenson calls these folks “The Disconnectionists.” He frames their perspective thusly:

Once upon a pre-digital era, there existed a golden age of personal authenticity, a time before social-media profiles when we were more true to ourselves, when the sense of who we are was held firmly together by geographic space, physical reality, the visceral actuality of flesh. Without Klout-like metrics quantifying our worth, identity did not have to be oriented toward seeming successful or scheming for attention.

According to this popular fairytale, the Internet arrived and real conversation, interaction, identity slowly came to be displaced by the allure of the virtual — the simulated second life that uproots and disembodies the authentic self in favor of digital status-posturing, empty interaction, and addictive connection. This is supposedly the world we live in now, as a recent spate of popular books, essays, wellness guides, and viral content suggest. Yet they have hope: By casting off the virtual and re-embracing the tangible through disconnecting and undertaking a purifying “digital detox,” one can reconnect with the real, the meaningful — one’s true self that rejects social media’s seductive velvet cage.

As Jurgenson acknowledges, this is a bit of a caricature, but he’s definitely getting at a real undercurrent. It’s just the latest iteration, he says, in a very old “conflict between the self as social performance and the self as authentic expression of one’s inner truth.” (Alexis Madrigal has a typically insightful piece on the same topic, but I’m going to discuss that in a separate post.)

Just for the record, I want to dissociate myself from that kind of thinking. I don’t have any illusions about the inherent moral/spiritual superiority of meatspace friends and interactions. I don’t view my online life as some kind of inauthentic performance in contrast to a meatspace life lived as the Real Me. I can trace a great deal of the richness in my life back to digital roots.

The fact is, all our interactions are performances, even those interactions we experience as purely internal (that internal monologue). They are all shaped by larger cultural and economic forces. That’s because human beings are social creatures, not contingently but inherently. We are always ourselves in relation to someone or something; interacting with others is how children form their sense of being separate, autonomous agents. There is no homunculus, no true, authentic, indivisible self or soul underneath all the layers of social intercourse. It’s social all the way down.

There is no self but dynamic, shifting selves, collections of dispositions and inclinations elicited by changing contexts. We are one self to our mothers, another to our friends, another to our children, another to our Twitter followers. A self that remains steady through contexts is not something we’re all born with, it’s an achievement, what we call “integrity,” from the Latin integritatem, or “wholeness.” Most people are, to one extent or another, loose bundles of fragmentary and often self-contradictory selves, none of which holds a particular claim on being “true.”

There are interesting differences among those selves, and I think there are generalizable differences between the kinds of selves we are in person and the kind we are online, but the differences have nothing to do with degrees of authenticity or “realness.” Many people, particularly introverts, the socially inept, the different or alienated, experience the internet as the first place they can express their hidden and most treasured selves. The internet offers the hope (if not always the reality) of expression freed from social and class restrictions, the chance for radical self-(re)definition.

It’s easy for generally privileged classes — like the kind of upwardly mobile professionals who find themselves at gadget-free retreats — to imagine that meatspace = authenticity. But for the subaltern, meatspace can be an oppressive and confining reality, the internet a place of community and empowerment.

Anyway, I don’t want to drone on. The point is that I totally reject the online = bad/fake/inauthentic equation.

That said, I do think that being online, bouncing around among feeds and streams and pings and alerts and bits and bobs, skipping from one thing to another over the surface, channels us toward a particular kind of mental activity. My problem was that my mental life was becoming a monocrop — that kind of activity to the exclusion of all others. The mind, just like the body, needs variety in its diet. (Check out the Healthy Mind Platter.) Doing any one kind of thing too much throws the mind and body out of balance.

What I did was extreme, but given the pressure in modern professional life to be perpetually and continuously connected, I do think it’s worthwhile to take periodic breaks, to remind the mind and body of the other things it’s built for. No moralizing or digital myths necessary.