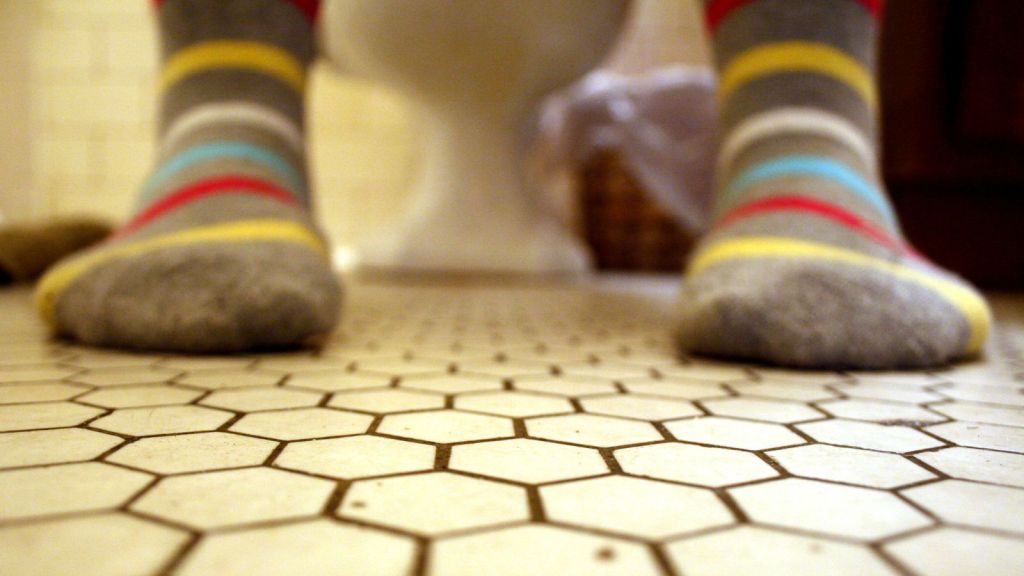 I HATE those auto-flush toilets you see in public restrooms. I try to be as still as possible, but the damn thing usually still flushes two or three times while I’m in the stall. Isn’t this a huge waste of water — especially now, with so much of our country suffering from drought? Why do we even need this feature? There has to be something we can DO about this.

Whew. Let me calm down a bit. Of course, auto-flush (a.k.a. sensor-flush, flushometer, or touchless) toilets don’t really have an agenda of their own. They’re simply doing what we humans designed them to do, albeit a bit overenthusiastically. Their little motion sensors signal the toilet to flush when they think our business is complete, and for two reasons: One, for hygiene (so nobody has to touch a presumably germ-laden handle), and two, to prevent the horror of glimpsing someone else’s deposit. To the first point, the good ol’ soap and water located not five feet away are more than adequate for your hygiene needs. And to the second: If you’ll forgive me for borrowing a rather vulgar phrase, s$*& happens. All this is to say that we don’t actually need this feature to live civilized lives.

Not only are auto-flush toilets unnecessary, but your hunch is correct, Beth: They do waste water, and lots of it. If you’ve ever cringed as a public toilet prematurely whooshed beneath you, then you already know this — but we have data to back it up. One 2010 study examined water use in an office building before and after the installation of auto-flush toilets. With manual commodes, average daily water use was 807 gallons; with the new auto-flushers, that gushed up to 1,243 gallons per day, an increase of 54 percent. Researchers attributed the jump to the “phantom flush” phenomenon: More flushes per day, more water wasted. (I’m adding Phantom Flush to my file of Environmentally Aware Halloween Costume ideas, right next to Vampire Appliance.)

Today’s toilets use about 1.6 gallons per flush, and 1.28 gallons per flush if they are a high-efficiency WaterSense model. (Older toilets used up to seven gallons per flush — if you still have one or more of these in your home, I urge you to upgrade.) So a few extra flushes here and there might not sound like much –- but consider all 27 million auto-toilets in the country maniacally flushing clean water down the pipes at the merest squirm of their occupant, and you can see the problem. Especially in a time when Californians are skipping showers in the face of extreme drought, the thought of all that wasted water is downright infuriating.

As if that weren’t enough, these gizmos contain electronic parts that, as with all high-tech devices, eventually pose an e-waste dilemma. A small one, to be sure, but it adds up. Our trusty manual toilets, on the other hand, use simple physics instead of electronics to get the job done. They are truly marvels of engineering and ingenuity.

So what can we do about this issue? Ripping out all the auto-flush thrones littering our public bathrooms and replacing them with handled models is likely a financial no-go. Though I highly encourage all of us to lobby for regular WCs whenever a new bathroom arrives in the neighborhood, for now we’re stuck with what we have; throwing away all these otherwise serviceable appliances would create another kind of waste problem, and producing millions of new replacements would have its own environmental impact. Luckily, though, you can thwart the phantom flushes with a simple trick I picked up from concerned parents. It turns out that young kids in the throes of potty training can be terrified of the Unexpected Flush Monster, so their parents have figured out ways around it. Just bring something with you to cover up the sensor -– you can actually buy a purpose-built product for this, but a few squares of toilet paper or a Post-It note work just as well –- and voila, you can go in peace.

In fact, this seems to me like the kind of ingenious solution we should make permanent. Far be it from me to suggest sabotage, but if we simply stuck a square of duct tape over every sensor on every auto-flush toilet around the world, we’d solve the phantom flush problem instantly, cheaply, and with no fuss. And finally, finally, we humans could claim victory over the machines — at least for this round.