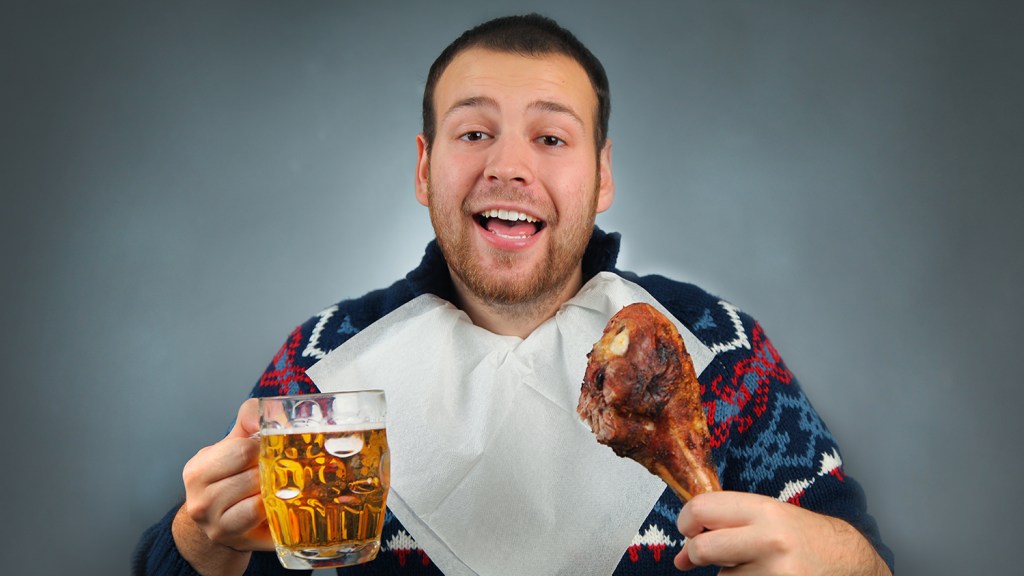 Vegetarians have some explaining to do. Motherboard reports that a survey of 1,789 self-identified “vegetarians” in the U.K. found that a third admitted to eating meat while drunk. A third!! And the meat of choice for these drunken cheats? Kebab, followed by burgers, bacon, fried chicken, and pork sausages. WACKY, right?!

Well, here’s the thing: I was unable to find the actual survey Motherboard is reporting on, and the survey’s apparent conductor, Voucher Codes Pro, isn’t exactly the journal Science. And yet, I want to believe that vegetarians are getting drunk and gorging themselves on doner meat. To find out more, I called the man who literally wrote the book on ex-vegetarians, a guy I like to call “Dad.”

Unfortunately, Dad — otherwise known as anthrozoologist Hal Herzog — did not answer the phone (rude!) but thankfully he’s written plenty about the subject. This is from a 2011 blog post on Psychology Today:

The reason for the widespread but mistaken belief that America is rapidly going veg is the mismatch between what people say they eat and what they actually eat. Take a 2002 Times/CNN poll on the eating habits of 10,000 Americans. Six percent of the individuals surveyed said they considered themselves vegetarian. But when asked by the pollsters what they had eaten in the last 24 hours, 60% of the self-described “vegetarians” admitted that that had consumed red meat, poultry or fish the previous day. In another survey, the United States Department of Agriculture randomly telephoned 13,313 Americans. Three percent of the respondents answered yes to the question, “Do you consider yourself to be a vegetarian?” A week later the researchers called the participants again and this time asked what they had eaten the day before. The results were even more dramatic than the Times/CNN survey: this time 66% of the “vegetarians” had eaten animal flesh in the last 24 hours.

More recent data backs up the idea that vegetarians are less committed than you might think. A 2014 study by the Humane Research Council found that 86 percent of vegetarians eventually went back to eating meat — sometimes after decades. I myself am one of those former vegetarians, as I started eating meat after an 18 year hiatus last fall.

A quick survey of the Grist editorial staff found that I’m not alone: Of the 16 of us, eight have been vegan or vegetarian in the past, yet only one persists to this day. That means 87.5 percent of us went back to meat. And I always knew we were above average!

While none of my former vegetarian colleagues would admit to eating meat while drunk, honestly, I wouldn’t be too surprised. Obviously, we’re in favor of everyone eating less meat, but you can’t always keep it together after you’ve been downing Fireball shots. Regardless, data seems to show that, while all vegetarians might not be drunken carnivores, plenty of them are liars.