Artist builds tiny house on a sled for disadvantaged kids 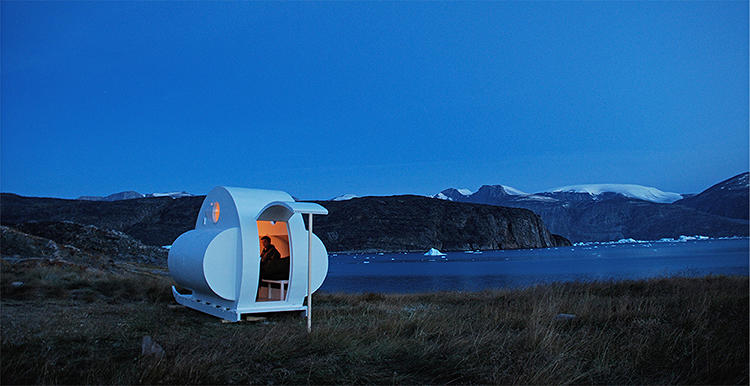 Artist builds tiny house on a sled for disadvantaged kids

Up in the north of Greenland, a group of Inuit kids living in a shelter for abused or neglected children used to spend time on a nearby island, staying in a house out on the permafrost and spending time with adult Inuit hunters. But, Adele Peters reports at FastCoExist, when the permafrost started melting, the house became uninhabitable. Enter Rob Sweere, a Dutch artist who’d spent time at the shelter. FastCoExist:

Months later, he went back in the village to build something for the kids: a mobile house on a sled that they could use for overnight excursions….The sled itself uses a traditional design, built by locals, that’s safe enough to travel over sea ice, pulled by sled dogs. Inside, things are cozy: There’s just enough room for six people to sleep (close together, since that’s a good way to keep warm in one of the coldest countries on Earth), and though there’s no power source for heat, the house is insulated and warms up quickly.

According to Peters, the sled can house a group for as long as a few weeks. It might be a little cramped, but when you’ve got the Arctic expanse all around, huddling together sounds pretty nice.