Ask Umbra: Does leaving the lights on really keep the burglars away? 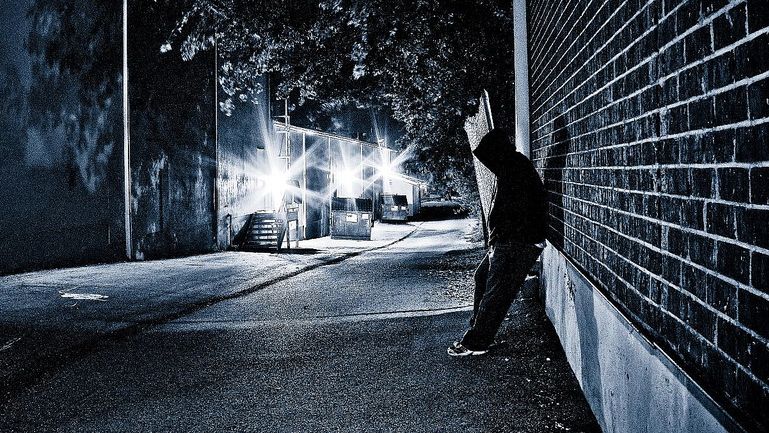 Ask Umbra: Does leaving the lights on really keep the burglars away?

Q. I always cringe when I see people leave their lights on when they’re not home to deter would-be burglars. Does burning the bulbs for hours really prevent robberies?

Environmental consciousness can be quite the balancing act. On the one hand, you certainly don’t want to be wantonly sucking up electricity. On the other, you don’t want to come home to a trashed house, either, to say nothing of the profound creepiness of having some criminal paw through your stuff. Let’s shed some light on the subject.

According to FBI crime statistics, of the 1.38 million home burglaries in 2012, the majority were committed during the day – when, presumably, having a light on wouldn’t have mattered as much. That’s because most thieves look for an unoccupied home above all else, and that’s (naturally) most common when residents are at work.

But if “Act casual and look occupied” is your house’s best strategy against burglars, then a pitch-dark abode in the waning daylight is a bit like a neon sign blazing “Up for grabs!” And pretty much every police department I surveyed while researching this question advises dwellers to keep lights (and/or TV and radio) on for at least part of the period they’re out and about. I can’t judge whether or not leaving the lights on is a smart move for everyone. That’s not only because our legal department won’t let me, but also because it depends on all kinds of factors, including crime rates in your area, other security measures you have in place, and how nosy your neighbors are (more on that in a bit).

I think the key word in your question is “wasted,” Ron: If you turn on the lamp in order to read a book, then that energy isn’t wasted, right? Similarly, if a lit bulb prevents a robbery, then we can’t call that energy wasted either. If lights make sense as part of your home security system, though, there are steps you can take to minimize the juice you use.

One simple improvement is to be selective about which lightbulbs you flip on: It’s not necessary to have every room in the house bathed in light. And of course, any fixture with an LED bulb, which uses 75 percent less energy than an old incandescent dinosaur, is your best bet. (Now’s a fine time to make the switch if you haven’t already!) The lower the wattage on that bulb, the less electricity it will draw while shielding your home from intruders.

Another easy way to conserve energy is one of my favorite home gadgets: the light timer. For the uninitiated, these affordable (the simplest ones start at around $4) tools plug into a lamp or power strip and flick the lights on and off according to your predetermined schedule. They work well with CFL and LED bulbs, and I daresay are more convincing to anyone casing the joint than the same light burning unchanged for hours. (Yes, timers still draw some electricity, but they’re better than leaving the bulb on.)

And while we’re talking lights, many police departments and other experts recommend motion sensor lights focused on likely entry points, like doors and windows. The beauty of these is that they won’t be on unless someone wanders within range, and then, as the PD here in Seattle ominously notes, “trespasser[s] know ‘they have been seen.’”

There are plenty of other, non-electric ways to protect your castle too, Ron. Upgrading your locks (deadbolt all the way, and reinforce the strike plate while you’re at it) and doors (solid wood or metal-clad are more secure than hollow-core models) will fortify your perimeter. Placing a (real or not) security system or “Beware of Dog” sign in the yard or window can be an effective deterrent, too. Thieves are usually looking for visual cover when they’re jimmying open doors and windows, so thoughtful landscaping also helps: Keep your entrances clear of dense trees and shrubs, and trim hedges low enough so that neighbors and passersby can see if there’s anything shady afoot in your yard.

Finally, you might want to plug into the power of a neighborhood watch. These networks have varying degrees of formality, but generally consist of neighbors who agree to keep an eye out for each other and the neighborhood, often in partnership with the local authorities. The National Crime Prevention Council is a great resource for starting one of these up in your area.

On a non-criminal note, neighborhood watches also serve the crucial function of getting your community working together for the common good. Once you set one up, who knows what could be next – petitioning the city for rain gardens in the medians? A neighborhood compost pile or garden? A local ridesharing club? They say it takes a village, Ron, and yours could have unlimited energy.