Ask Umbra: Is the Ice Bucket Challenge a waste of water and money? 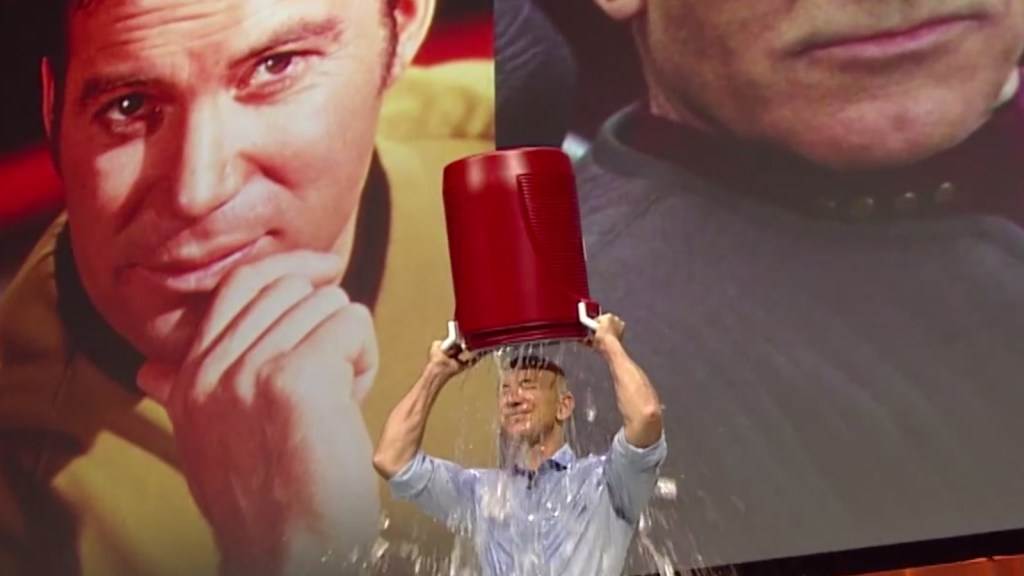 Ask Umbra: Is the Ice Bucket Challenge a waste of water and money?

Q. I have a two-part question:

Part 1: How much water and energy has been wasted by people doing the Ice Bucket Challenge for ALS awareness?

Part 2: Given the potential externalities associated with this waste, how much money might that represent that could have been directed to the ALS Association?

Oh, is that what everyone on Facebook/Twitter/Instagram is doing? I thought it was some sort of mass cult initiation.

Just kidding, of course. I have heard of the stunningly successful Ice Bucket Challenge, a viral campaign to benefit the ALS Association; in fact, I’ve watched a few of my own chums go under the bucket to raise awareness and/or cash for amyotrophic lateral sclerosis (also known as ALS or Lou Gehrig’s Disease).

For those who have been out spelunking all month, the Ice Bucket Challenge is a social media campaign in which participants dare friends and colleagues to either donate money to the ALS Association or dump a pail of ice water over their heads (and then share the video); some eager volunteers do both. The ALS Association didn’t start the trend, but it did jump on the bandwagon as the campaign picked up steam.

The Ice Bucket Challenge has been shockingly good at raising money: According to Communications Director Greg Cash, as of last Thursday, the ALS Association’s national and regional chapters had raked in $7.6 million as a direct result of the campaign (compared to $1.4 million during the same period last year).

Still, not everyone is completely pleased about all this, and from the tone of your letter, Amanda, I gather that you are one of them. People have criticized the challenge for all kinds of reasons, variously calling it a goofy stunt, a donation disincentive, and a charity cannibal, but you are the first person I’ve known to call it out for environmental reasons.

Let’s take a look at the first part of your question, Amanda. Clearly, the Ice Bucket Challenge uses – some might say wastes – water. But just how much water are we talking? That, I’m afraid, is impossible to know, as the ALS Association tracks donors and dollars, but not dumpers (who may or may not be donors). Nor are there official rules as to how much water and ice one must use, so it’s hard to answer the other part of your question – about the energy required to produce that ice.

But we can do a little speculating. After watching a slew of these stunts online, I’d wager people are using roughly a five-gallon bucket’s worth of water per challenge.

When you consider that the average American splashes through 80 to 100 gallons of water per day, the bucket and the freezing energy of the ice therein in don’t seem quite so dire.

Still, as you know, Amanda, drops in a bucket can add up to a tidal wave. If you’re moved to accept the Ice Bucket Challenge, I won’t stand in the way of supporting a good cause – but I will offer an official Ask Umbra Make-Up-For-Your-Bucket Challenge as an addendum. To meet my challenge, you must 1) conserve an equal amount of water to atone:

Or 2) find a way to recycle that water, or to use water that’s already recycled:

Of course, you could also accept only the donation part of the Ice Bucket Challenge, but that brings us to your second question: How much money could we have saved by skipping the cold showers and simply donating to ALS research?

On this one, I can only point out that most, if not all, of the group’s 145,918 brand-new donors probably wouldn’t have opened their wallets without the water stunt part of the challenge grabbing so much attention. Some extra cash could have been directed to charity without the bucket brigade, but I doubt it would have been.

Alas, it’s not so easy for me to simply throw cold water all over this craze. Like it or not, people simply respond strongly to their friends and neighbors getting soggy.