Why is Environmental Defense Fund spending $1 million to elect Republicans? 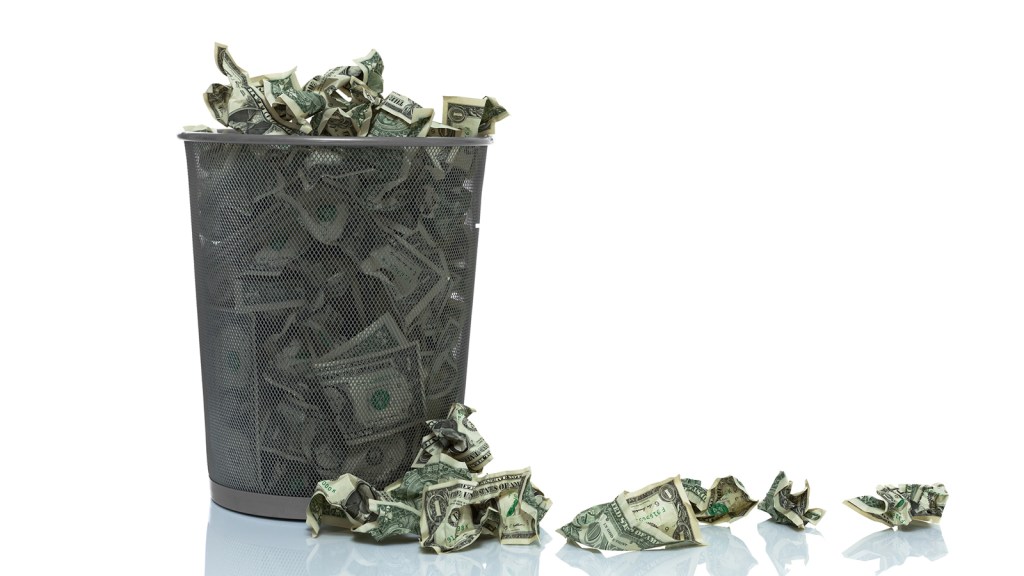 Why is Environmental Defense Fund spending $1 million to elect Republicans?

As even a casual political observer knows, the era of the moderate Republican is over, especially in the House of Representatives. The Republican House has made a fetish of attacking the environment. It has passed innumerable bills to strip the EPA of its authority and funding and to handicap the regulatory process. Not a single House Republican has a greater-than-50-percent lifetime rating on the League of Conservation Voters’ scorecard.

And so it was bewildering on Thursday when the Environmental Defense Action Fund (EDF Action), the Environmental Defense Fund’s campaign arm, began dropping $250,000 on ads supporting Rep. Chris Gibson, a Republican from upstate New York who is facing a self-financing Democratic challenger, Sean Eldridge. (Eldridge is the husband of Facebook cofounder and New Republic publisher Chris Hughes.)

This is just the beginning of EDF Action’s efforts to help elect Republicans. As Politico notes, “The Environmental Defense Action Fund is rolling out a seven-figure ad campaign to aid green-minded Republicans in the midterm elections, part of a longer-term effort to find GOP partners on priorities like climate change. … The group hasn’t publicly identified other Republicans it plans to support in its 2014 effort, which it says is worth around $1 million so far.”

Veteran environmental activists might roll their eyes, thinking, “There goes EDF again.” EDF is widely viewed among greens as the sellout organization that helps corporations and politicians greenwash their records. This is the group, for example, that takes money from oil and gas companies and pro-drilling foundations to produce research that shows lower methane leakage from fracking than other credible studies.

But EDF would say it is merely pragmatic, trying to play an inside game. Republicans control the House, and could soon control the Senate, so cozying up to the most reasonable ones is smart politics. “The fundamental dynamic we have to change is that there’s very little incentive for Republicans to come to the table,” says Tony Kreindler, senior director at EDF Action. Even some more progressive environmental groups are sympathetic to that viewpoint. LCV is backing Sen. Susan Collins (R-Maine) and is considering also supporting Gibson and Rep. Frank LoBiondo (R-N.J.). [Editor’s note: EDF Action points out that it also supports Democratic candidates and runs ads criticizing Republican climate deniers.]

The whole premise that Gibson is a pro-environment Republican is debatable. His lifetime rating from LCV is a paltry 33 percent. That’s good for a Republican, but it would make him the most anti-environment Democrat in the House. And it would be especially unimpressive for a Democrat from New York state. Kreindler praises Gibson’s “leadership” on climate. But leadership usually means sponsoring legislation or leading the charge to pass it. Gibson has done neither. Rather, he has simply voted the right way on a few key pieces of legislation, which is what EDF Action praises him for in a new TV commercial.

“He has never sponsored a bill that I would consider a climate bill,” notes R.L. Miller, who founded the Climate Hawks Vote super PAC to support climate leaders in Congress. Miller offers a more plausible explanation for EDF Action’s support for Gibson: “The polarization in Congress [on climate change] is mostly because Republicans don’t admit the reality of climate science. If you find one [who does], you treat them like rare birds.” And any environmentalist knows what to do with a rare bird: protect it at all costs.

In fairness to Gibson, good legislators are constantly evolving, and he seems to have become increasingly concerned about climate change. Gibson’s LCV rating jumped from 17 percent in 2011 to 40 percent in 2012 to 43 percent in 2013. While his 2014 votes haven’t been scored yet, he has taken the pro-environment vote on most issues, including all climate change–related bills. He has repeatedly voted against his fellow Republicans’ efforts to prevent federal agencies from assessing the costs and dangers of climate change. Most significantly, he was one of only two House Republicans to vote against overturning the EPA’s proposed power plant CO2 regulations (LoBiondo was the other). “I think that’s part of this, to reward someone who’s moving in a good direction,” says Alex Taurel, deputy legislative director at LCV. “We want to reward that kind of good behavior.”

“We see [Gibson] as a serious legislator who recognizes that we have a moral obligation to address climate change,” says Taurel. Maybe so, but he isn’t the best possible representative from his district. EDF Action is grading him on a curve and rewarding him for being less bad than most Republicans, not actually better than the Democratic alternative.

Eldridge’s campaign website touts his commitment to climate action, while Gibson’s does not, and Eldridge has been more outspoken in opposition to fracking and “dirty energy.” Gibson has signed the “No Climate Tax” pledge promoted by Koch brothers-backed Americans for Prosperity, which Eldridge has criticized him for. The pledge only applies to revenue-raising carbon taxes, so in theory Gibson could support a revenue-neutral carbon tax, but the optimal climate policy might use the revenue for clean energy development. Gibson has also previously voted to bar the EPA from regulating greenhouse gases, to open the Outer Continental Shelf to drilling, and to force approval of the Keystone XL pipeline.

Taurel refused to say whether Gibson is actually better on the environment than Eldridge, or any conceivable Democrat, would be. That’s because Gibson isn’t better. The parties are now fully ideologically aligned. The most conservative Democrat is more liberal than the most liberal Republican. There is no way Eldridge would have a worse environmental record than Gibson.

So the question of whether to back Gibson comes down to your theory of how to pass environmental legislation. To this political observer, EDF Action’s theory isn’t pragmatic. It is naive. Only a fool would think that climate legislation is as likely to pass under a Republican House as under a Democratic one. “Even if Gibson is a [climate] star, he’s not going to get his ideas through the House controlled by John Boehner and Kevin McCarthy any time soon,” notes Miller. Kreindler’s rejoinder is that EDF Action has “a strategy to take the long road.” It is building toward 2018 or 2020, he suggests. “We’re looking for Republicans who can be leaders on environmental issues, to build a deeper bench. If we’re ever going to get anything ambitious done, it’s going to take both parties.” That might make sense if Republicans were getting more moderate — either in general or on the environment — over time. That isn’t the case. They have gotten consistently more right wing and more closely aligned with zealously anti-government oil oligarchs like the Koch brothers.

Kreindler contends that Republican control of the House could be just as good for the environment as Democratic control, noting that every major piece of environmental legislation in the past had bipartisan support. That’s true, but those bills — the Clean Water Act, the Clean Air Act and its 1990 amendments — were all passed by Congresses under Democratic control. Moreover, the Republican Party has moved dramatically rightward in the 24 years since the Clean Air Act amendments. Asked point-blank which party should be in control of the House to improve the chances of climate legislation, Kreindler says, “I don’t think it matters.” That’s every bit as preposterous as denying the reality of climate science itself. It is as unambiguously and factually false as any hypothetical can be. You might as well assert that Democratic and Republican Congresses are equally likely to ban abortion or privatize Social Security. One need only glance at the two parties’ platforms from 2012 to see their enormous differences on climate change policy. If it made no difference which party controlled Congress, there would be no reason for the parties to exist at all.

A less completely ridiculous theory is that under a Democratic Congress you may still benefit from having a few Republican votes. For one thing, it helps inoculate the law against repeal if control of Congress changes back to Republican hands. Climate change is also a little bit more regional and less purely partisan than, say, health-care reform. Democrats in coal-heavy regions are under pressure to oppose climate action, and Republicans in the Northeast and West Coast find it a convenient issue on which to demonstrate moderation. If Democrats were to take over the House by picking up some seats in the Midwest and South, Nancy Pelosi would move climate legislation, but she couldn’t count on every single Democratic member to vote with her. Eight Republicans voted for the Waxman-Markey cap-and-trade bill in 2009, while 44 Democrats voted against it. “We needed those votes,” says Taurel of the eight Republicans. “I think that there’s no way we can get climate legislation passed without Republican support.”

Conservative interest groups have dispensed with this way of thinking. The National Rifle Association does not spend its limited funds on reelecting Democrats who would be less pro-gun than every House Republican. Democrats who get the NRA’s endorsement are full-fledged gun-rights supporters. Can you imagine Americans for Prosperity saying, “There’s no way we can get tax cuts passed without Democratic support”? It doesn’t care about giving its legislative agenda popular legitimacy through bipartisanship. If liberals adopted this more cutthroat attitude, they wouldn’t worry about protecting the few Republicans they can deal with. If Gibson loses to Eldridge, you might have one less Republican vote for cap-and-trade, but you would need one less Republican vote, because you’d have another Democratic vote for the bill in Eldridge. If Democrats won a big enough majority, they wouldn’t need any Republican votes. (Gibson is not actually on record supporting any kind of a price on carbon. His office did not respond to a query for this article.)

The irony is that a Democratic wave big enough to retake the House would likely sweep away many of those Northeastern Republicans who are moderate on climate change. They usually represent swing districts, and they are among the most vulnerable House Republicans. Indeed, winning their seats might be essential to any Democratic House takeover. How would EDF Action feel if Gibson hung onto his seat, and Republicans hung onto control of the House by one vote, thanks in part to the group’s support?

Of course, Democrats have little to no chance of retaking the House this year, which may be influencing EDF Action’s strategy. But if the group really is taking the long view, building toward 2018 or 2020, it should be figuring out how to help Democrats take back control of Congress.