Ask Umbra: Should I get my panties in a bunch? 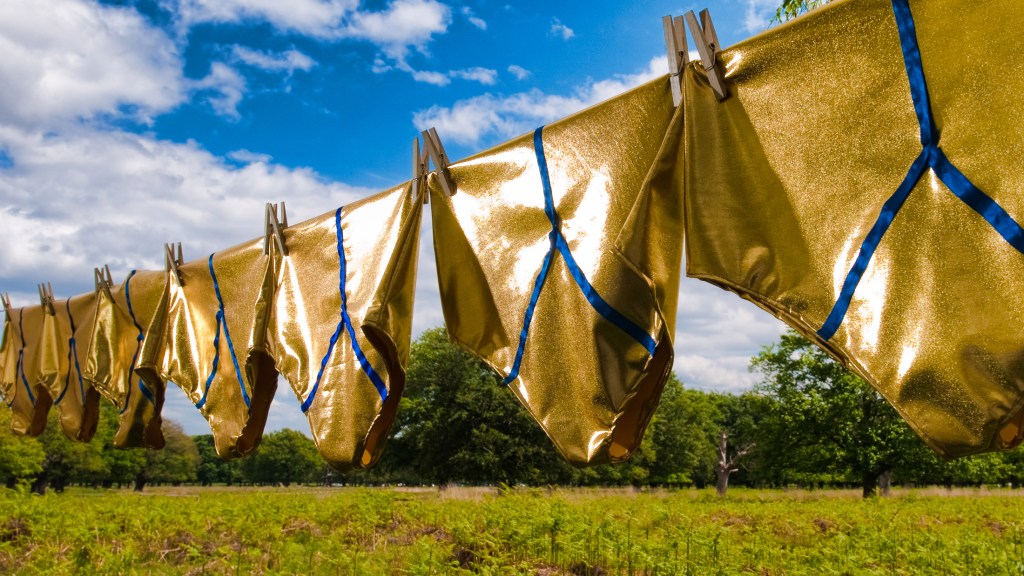 Ask Umbra: Should I get my panties in a bunch?

Q. I buy organic, U.S.-made undies from a very eco-conscious company, but have doubts about their packaging. They use “100% biodegradable,” low-density polyethylene (LDPE) envelopes that claim to entirely disintegrate, turning into “humus and biomass” within months of composting or landfill disposal. I doubt that, since there’s no oxygen in landfills. Or is this the type of plastic that just breaks down into small pieces? I think a recyclable paper envelope would be a lot better, even if it might get wet in transit on rare occasions.

Three cheers for your skepticism — a raised eyebrow is exactly the kind of response I like to see when my readers are confronted with marketing claims like this. We will not be greenwashed! But first, I have to ask: Are you acquiring new undies at such a rate that the envelope disposal is a major concern? If that’s the case, may I gently suggest that your first move be to slow down a bit and make those unmentionables last?

Whether you have one set of skivvies or a hundred, your letter raises an excellent question: Can plastic really biodegrade? It may say so right on the package, but unfortunately, that doesn’t necessarily make it so. (“Biodegradable” is not the same thing as “degradable,” by the way, which refers to something breaking down into tiny-but-not-natural component parts.)

Here’s the thing about landfills: Nothing really biodegrades in them. According to the Federal Trade Commission (FTC), without sunlight, air, and moisture, even naturally biodegradable items like paper can take decades to break down in a landfill. And if anything does manage to decompose, the anaerobic microbes doing the job release climate-choking methane in the process. Landfills and plastics are not a match made in heaven.

But what about these LDPE bags that tout their biodegradability so brazenly? Last October, the FTC cracked down on several companies, accusing them of making “false and unsupported claims” and lacking “reliable scientific tests” to prove their LDPE plastics were indeed breaking down as promised. It was the commission’s first foray into enforcing its Green Guides on biodegradable plastics, which mandate that anything calling itself biodegradable must completely return to natural byproducts within a year. In short: It sounds like a good number of suppliers have been less than honest with us.

And unfortunately, I’m afraid composting the bags might not be much better. Research into how LDPE products behave in composting facilities suggests they merely degrade into plastic fragments that stick around in the environment undetected. Another study found that LDPE-coated “compostable” products, such as juice containers and paper coffee cups, actually shed microplastic particles into the finished compost – which can then get into our soil, oceans, wildlife, and, disturbingly, bellies.

Before our panties get too far in a twist, it’s worth contacting the company in question to ask about the FTC-mandated scientific proof of their packaging’s biodegradability. You may also want to inquire if they’ve earned approval from ASTM International, a standards organization that issues guidelines on the subject. While you’re at it, Stephanie, why not float your idea about recyclable paper packaging, too?

In the meantime, you can still reuse or recycle those LDPE bags. And don’t worry too much if you can’t find the perfect packaging when comes time for a new set of drawers — you’re still doing well with organic, made-in-the-USA items, at least until going commando comes back into style.