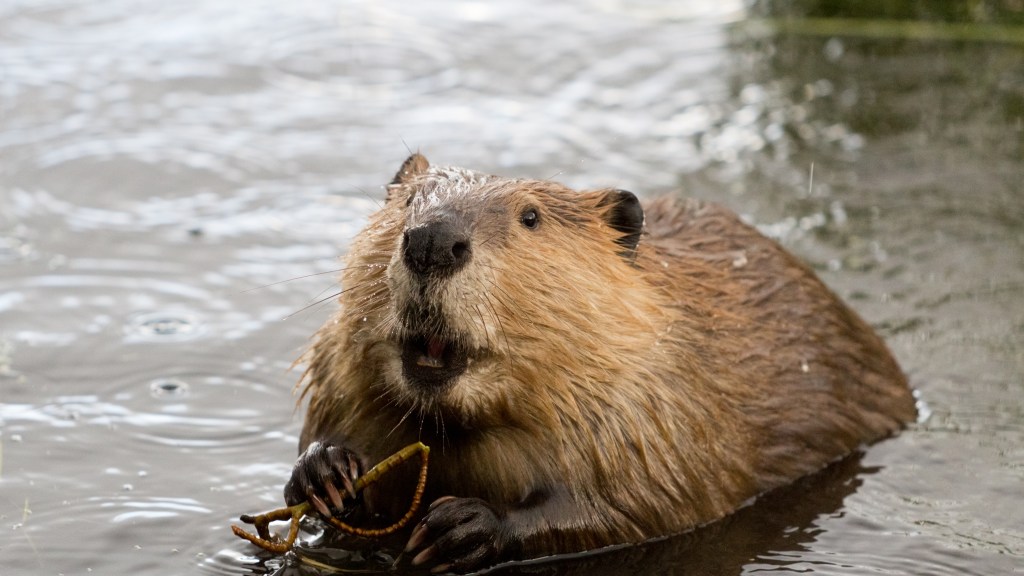 Today in Beaver News, we learned that those fuzzy, flat-tailed, creek-damming mammals my grandfather gleefully turns into winter caps could save the planet. Or at least parts of it.

A new study from the University of Rhode Island found that the presence of beavers in watersheds correlates with lower levels of nitrogen downstream. This is important because while nitrogen is necessary for little things like, oh, growing all of our food, it also has a dark side. Farmers use nitrogen-enriched fertilizer to increase yields crop yields, but they often dose crops with more nitrogen than the plants can absorb. Not only does this ultimately strip soil of nutrients, but when nitrogen gets into the water table, it creates algae blooms — and that’s not good. Algae blooms pollute waterways, kill marine life, look super fucking gross, and could even make you sick.

So what can beavers do about it? Gizmodo reports:

Beaver ponds slow down river water, and they mix it with organic matter, which must have an effect on river chemistry, but scientists didn’t know exactly what was happening in that murky water.

So they made soda-bottle-sized “ponds” that let them study variations on the conditions the beavers set up in their real-life ponds. And they found a kind of reverse nitrogen fixation process was occurring — call it “denitrification.” Bacteria in the dirt and the plant debris turned nitrates into nitrogen gas. The gas bubbled up to the surface and mixed with the atmosphere once more. In some cases, the level of nitrogen in the water dropped 45%.

The effect was most pronounced in small streams, which lead to bigger rivers and eventually to the ocean.

Besides the beneficial effects on water quality, beavers also build dams that help prevent erosion and refill aquifers. So could re-introducing beavers to watersheds be beneficial to the environment? Well, it’s been done before. Idaho Public Radio reports that in the 1950s, Idaho Fish and Game wanted to move beavers out of residential areas (where they were damaging property) and into the Frank Church River of No Return Wilderness, where it was hoped they would improve the forest’s health. But without roads into the wilderness area, Idaho Fish and Game had to get creative, and so they dropped beavers out of airplanes. That’s right: The state actually put beavers in little wooden boxes and parachuted them out of the sky. And it worked: Out of 76 beavers dropped, all but one survived, and they did help improve the habitat.

Even more shocking, there’s actually video of these beaver drops on YouTube, thanks to Idaho Fish and Game historian Sharon Clark, who — after years of searching — found a state-made promotional video that showed the unusual re-homing technique.

“We haven’t done airplane drops for 50-plus years,” Idaho Fish and Games fur bearer manager Steve Nadeau told Idaho Public Radio, “but it apparently worked pretty well back then to reestablish them in remote places.”

Grab your helmets beavers, and I’ll ask Gramps to skip my winter cap this year.