Your Granny Smith has a story. Here's what it's like to harvest apples 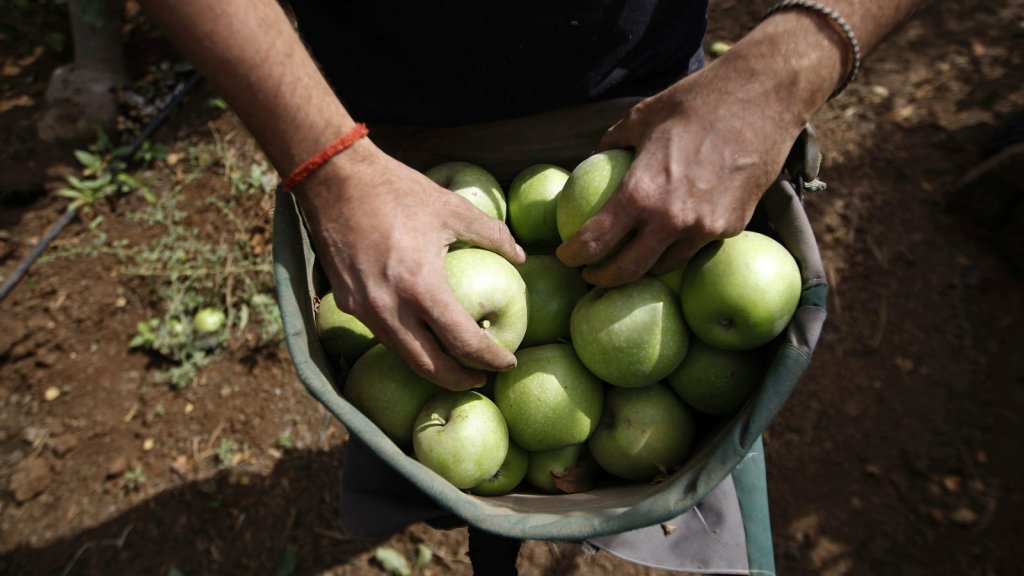 Your Granny Smith has a story. Here’s what it’s like to harvest apples

Next time you pick up an apple, pause a second before biting in to think of the hand that almost certainly held it before yours: the calloused hand of a migrant laborer. As apple picker Jose Martinez told NPR’s Dan Charles, it’s hard to know exactly where a supermarket apple came from — “but 90 percent of them were picked by an immigrant” like Martinez.

The hand that picked your apple would have held it in a different way than you hold it. You should really listen to the story to hear this in Martinez’s voice, but here’s a taste:

“The most important technique is, you have to learn how to use your hands,” says Jose Martinez, one of the workers. “You should be able to look at a group of apples and decide, OK, I can grab three of these per hand, or two of these. Never just one, though.”

Martinez, who is especially quick on his ladder, can pick more than seven tons of apples in a day. For that, he earns about $250. If you do the math, that means that when you buy an apple — 30 cents on average — about a half a cent goes to pay the picker.

Martinez’s family rents a small apartment in Adams County, Pa., for the apple harvest — it sounds pretty spartan, in Charles’ description. By November, Martinez and his family will have driven to Florida to pick strawberries, then to Michigan to pick blueberries.

This radio piece isn’t an indictment of agricultural labor, or an exposé of abuses; it’s just a portrait. That’s valuable in itself, I think. When trying to understand food policy, or attempting to eat thoughtfully, we can use a sense of where our food came from — and a feeling for the people who bring it to us.