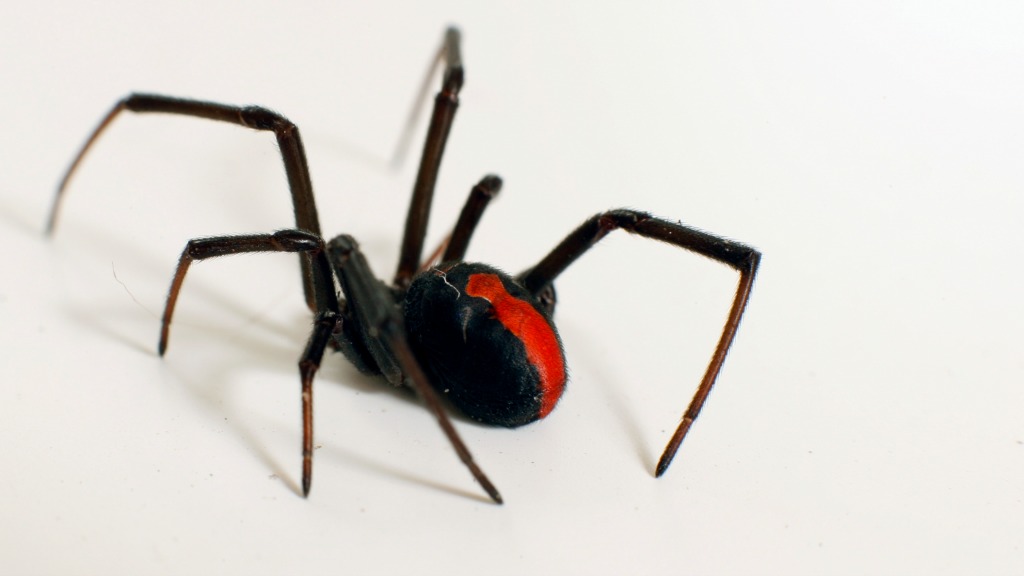 First a British lady found an egg sack of poisonous baby spiders on her banana, mid-snack. (SHUDDER.) Now things are even creepier and closer to home, because a Pennsylvania woman found a black widow on her red grapes while she was washing them. (Note to self: triple-wash produce from now on.) And poor Yvonne Whalen wasn’t alone — grape nuts in Michigan, Missouri, Minnesota, and Wisconsin have spotted black widows on nature’s candy too.

Quick nature refresher: Black widows can kill you. But first they watch you, and they DANCE:

“I looked in the grapes and there was a black widow staring right at me,” [Callum] Merry told ABC affiliate WXYZ-TV. While Merry wanted to release the spider outside, fortunately, his 14-year-old brother recognized the danger and intervened…

“I saw the legs moving frantically,” [Yvonne] Duckhorn recalled to the Milwaukee-Wisconsin Journal Sentinel. “I’ve seen bugs on fruit before, and I thought, ‘That is a very big spider.’ Nothing I’d ever seen before.”

OK, so technically the Black Widow Stare-Down Tap-Dance of Death has not been documented by researchers yet. But they seriously are dangerous, especially if you are quite old or young.

As black widows love building their nests in vineyards, it’s best to make your kitchen as unlike a vineyard as possible. So maybe only stock grapes in liquid form — that is, until mosquito eggs are found inside wine corks or something.

It’s so weird — it’s almost like our food comes from outside!