Proud moment: The U.S. is no longer the world's biggest jerk on climate change 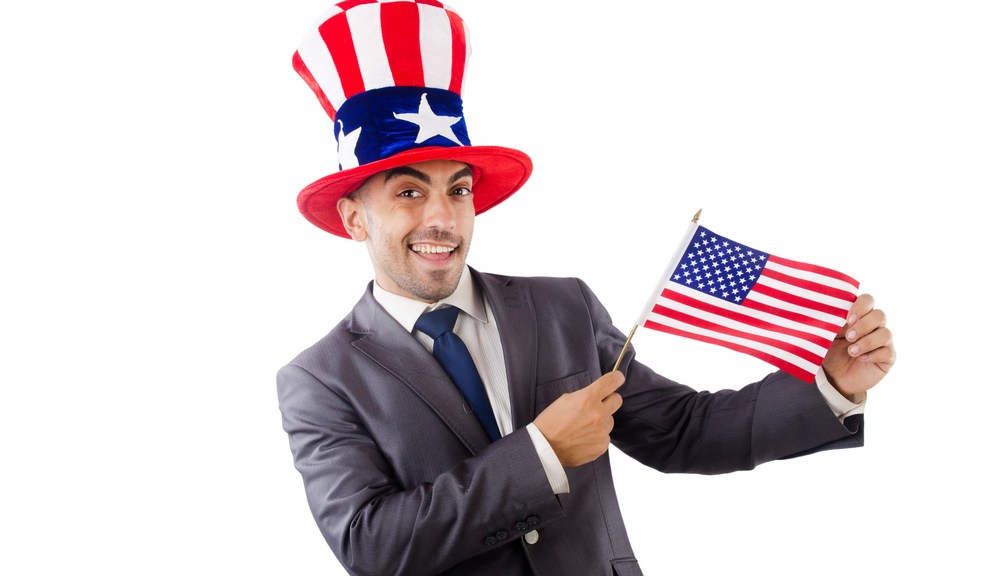 Proud moment: The U.S. is no longer the world’s biggest jerk on climate change

While the U.S. is used to being the bad guy — or at least one of them — in the international climate arena, this year the Americans seemed perfectly happy to keep their heads down, quietly do their business, and let other big polluters take the punches.

It doesn’t usually work this way. For the nearly two decades that the U.N.’s annual climate talks have been held — and especially for the past 12 years, since the U.S. backed out of the Kyoto Protocol that it had helped design — the world’s largest historical greenhouse gas polluter has taken most of the blame from environmental groups and poor countries for essentially causing the problem and doing squat to solve it.

This year, though, American negotiators are heading home relatively unscathed, if severely sleep deprived from the marathon, 36-hour session that was needed to wrap up the talks with something resembling an agreement. (You can read all about the outcomes in John Upton’s somewhat-less-than-disheartening wrap-up.)

It’s impossible to know if this was a guiding strategy going into the talks, but the U.S. managed to offer just enough to avoid smelling as bad as a host of other countries whose behavior was downright putrid.

Consider this comment by Tim Gore of Oxfam, who was talking specifically about some positions on climate finance (or how rich countries will help poor ones deal with climate change), but who might as well have been talking about the whole UNFCCC process: “Ironically, this is even making the U.S. look good. Not because they’ve actually done anything here, but because other countries are going backwards.”

Indeed, Australia, during the two-week negotiations, Canada, and Japan all took turns officially weakening their emissions pledges. Others wavered and flagged on issues of equity and how quickly to get cash to poor countries that are already suffering through climate impacts. Host nation Poland even scheduled a coal conference on the sidelines of the U.N. meetings, ensuring that the world’s greatest carbon threat would be well represented at the talks.

This race to the bottom made our country’s relatively weak offers look almost, not quite, halfway decent. (And here it has to be said that the official U.S. commitments for emissions reductions — which they won’t actually call commitments, just “pledges” — are worlds away from what the science tells us is necessary to keep global temperature from rising 2 degrees Celsius, which the U.S. supposedly agreed to back in Copenhagen.)

Helping to shade the U.S. from critical view is the ever-growing specter of pollution from the developing world, which undermines the longstanding argument that the developed world should bear the economic burden of addressing climate change since we caused the problem in the first place.

China’s emissions have already topped the U.S.’s on a yearly basis, and it won’t be long until the Chinese have emitted more greenhouse gases cumulatively than have Americans. With that inconvenient truth, there’s a growing rift amongst the developing nations over who should be required to cut emissions. China and India and other emerging economies don’t want to have to make the same commitments as rich countries that have spent centuries spewing greenhouse gases.

“There’s all sorts of divisions emerging that weren’t there before,” said Alden Meyer of the Union of Concerned Scientists, who knows as much about the UNFCCC process as anyone. “If you’re a small island nation, you don’t care if it’s emissions from the U.S. or China causing your country to go under water. You want action.”

Complicating things is a recent study, cited by U.S. climate envoy Todd Stern in a press conference, that by 2020 — the year that this prospective climate treaty will go into force —  the cumulative emissions of greenhouse gases from developing countries will be greater than those from developed countries.

China and India have grown more and more vocal in their opposition to binding commitments, and, fair or not, the U.S. can pretty easily hide behind their outcries and let the quickly-industrializing giants take lumps from their former allies in the developing world.

To the utter shock of longtime players in these climate talks, the U.S. almost escaped the entire two weeks without receiving the ignoble “Fossil of the Day” award handed out by the Climate Action Network to the counties doing the most to submarine the chances of a deal. It’s been over a decade since the U.S. walked away from a COP fossil-free.

When the Americans were awarded a “Fossil” in the very last ceremony — just a second place fossil, no less! — it wasn’t even for a specifically offensive act, but for a relative lack of ambition and for being “difficult” in certain tracks of the negotiations. It was kind of like Derek Jeter making the MLB All-Star Team (or the inverse thereof) late in his career — not because he’s still good, but because everyone just thinks he should be there.

For sake of contrast, the Aussies racked up no fewer than five “Fossil” awards, landing the shameful, final “Colossal Fossil” awarded for being the most destructive force in the talks. (I call it shameful, but their team probably carried it home to their newly elected, climate-denying government like a trophy or a “mission accomplished” banner.)

If you want to look at the Fossil awards as a reasonably good metric for analyzing the true “bad guys” in these climate talks — and, really, it’s the best tool I can think of — then the U.S. wasn’t even in the bottom five. Among the countries with worse Fossil showings: Australia, Poland, Canada, Japan, India, Saudi Arabia, and China.

A couple rays of light

While avoiding most of the criticism for what turned out to be some pretty ineffectual negotiations, the U.S. actually managed to garner a few bits of praise.

On the hot-button subject of loss and damage — a fundamental issue in the talks  — the U.S. actually gave quite a bit more than was expected in the final hours in order to secure a deal. “The United States showed good will by moving beyond their red lines to compromise with developing countries in the loss and damage discussions,” said Meyer, who is typically pretty critical of the American positions in the talks.

Earlier in the week, the U.S. was “even playing a productive role mediating between the E.U. and the G77 [a group of 130 developing nations]” on the issue of climate finance, according to Gore. Though he continued, “this says something not about the strength of the U.S. position, but about lack of leadership from the E.U.” So, again: Hey, we’re not as bad as them!

And here’s a real kicker: In a report released at the talks, the folks at Climate Action Tracker held up the U.S. as an example of a positive factor in their annual calculations of projected future warming. President Obama’s Climate Action Plan, they said, had moved the needle a bit on America’s contribution to future warming.

Back in the blame game?

It probably has more to do with this last point than anything else that the U.S. got a bit of a free ride at this year’s COP. The rest of the world seems to be looking hopefully (if impatiently) to America to translate some modest domestic gains on climate to bigger, bolder leadership positions in the international realm. A few years ago, in Bali and Poznan and Copenhagen and Cancun, there was a palpable contempt for the U.S. role in the talks. This year, delegates and campaigners seem cautiously hopeful that the U.S. has at least turned in the right direction.

That said, this will no doubt be the last free pass granted to the country that grew into the world’s dominant economic force by burning more fossil fuels than anyone else. From Ban Ki-Moon’s climate summit in New York in September through COP 20 next year in Lima, Peru, and on to Paris in 2015 — where the goal is an overarching comprehensive climate treaty — if America brings anything to the table that tastes like weak sauce, it’s going to be pilloried with renewed vigor.

Unfortunately, there’s not a lot of reason to believe that the U.S. will be bringing any numbers — for emissions cuts or climate finance cash — that will be anywhere close to what the rest of the world (and, well, science) insists is necessary. So the State Department should probably start clearing some space on its already cluttered shelves for more Fossil awards.