Britain is exporting $73 million worth of pig semen to China 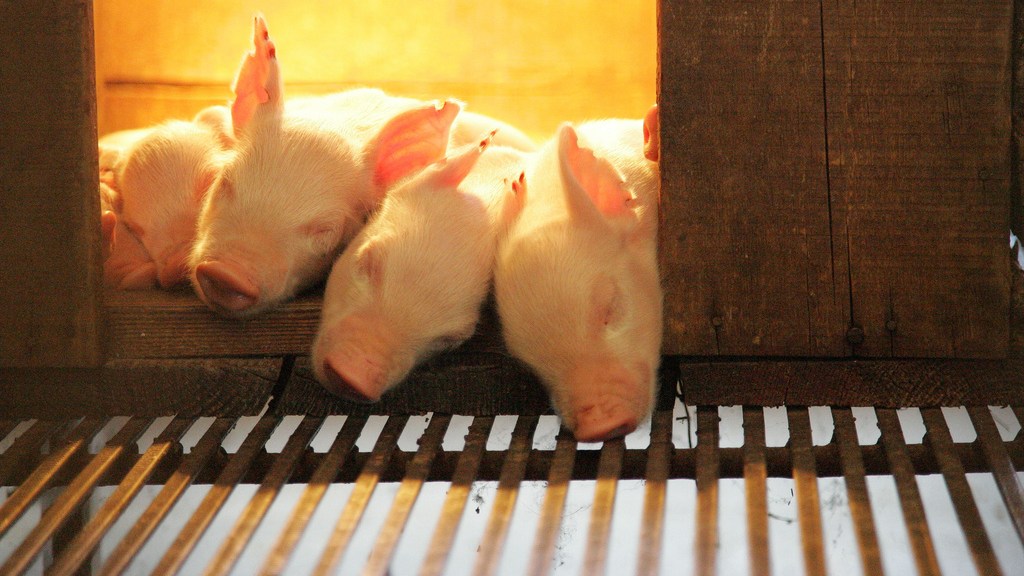 Britain is exporting $73 million worth of pig semen to China

Yesterday, the British government announced that it would be exporting more than $73 million worth of pig semen, frozen and fresh, to China, where half of the pigs in the world live. Why does China need pig semen, if it has so many pigs? One government source told the Guardian, “China has an interest to increase the efficiency of their production, while minimizing the environmental impact of increased production.”

In other words, as Philip Lymbery, the head of Compassion in World Farming, writes:

Our pigs grow faster, have a lower fat-to-meat ratio and higher reproduction rates than their Chinese counterparts. UK breeders have sows that could produce more than 30 piglets each year, while Chinese sows bear fewer than 16. It takes approximately a year for native Chinese pigs to reach slaughter-weight. Our pigs take just five months. China’s rapidly growing urban middle-class has developed a taste for pork and demand for the meat is soaring.

So, with British pig semen in the mix, Chinese pigs will produce more pigs that will get consume even more resources even faster, as more Chinese people get to feed their taste for pork. It’s not great news for the planet or for the pigs, says Lymbery:

Add to this the fact that sows in China are almost certain to be kept in stalls. It is unacceptable that we will be exporting pig semen to a country that keeps pigs in conditions that are illegal in the UK. In addition, the abattoirs in China hugely vary in slaughter standards, but overall standards are far lower, as China has little animal welfare legislation.

America and Britain aren’t exactly in a place to judge here, because bacon. (Vegetarians, you go ahead and judge.) But Lymbery argues that the least we can do is not contribute pig sperm to the enterprise. Surely there are better things we can do with $73 million worth of pig semen — the world’s grossest swimming pool comes to mind.