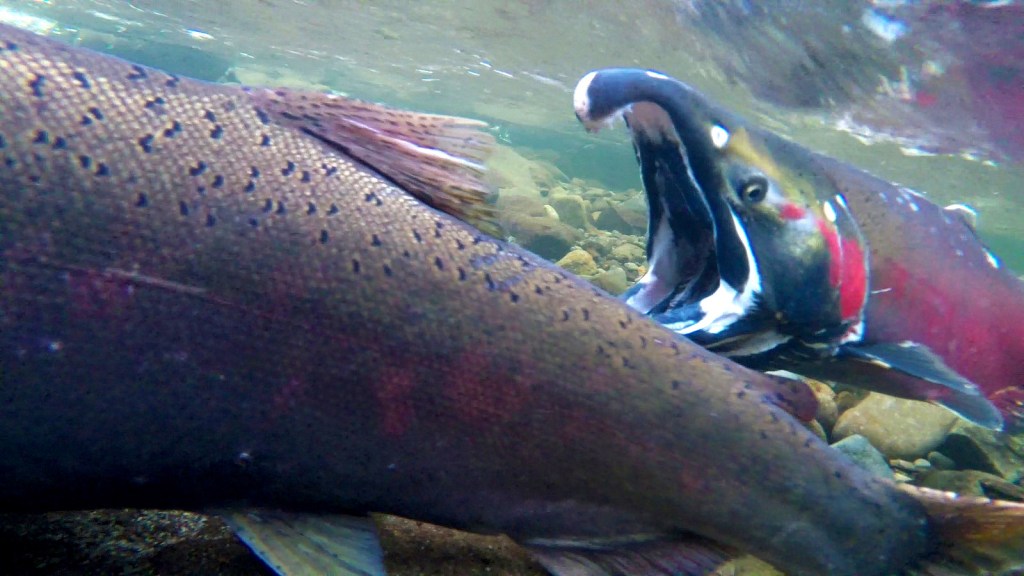 In my years writing about the environment, I have witnessed attempts to push conservatives, teenagers, ranchers, children, and Christians to join the fight against climate change. Fly fishermen, though? That’s a first. Join me in watching CHROME, a short film about the rarely explored intersection between fly fishing and climate change.

Like an angler hip deep in the water, this film is patient and thoughtful. It’s the opposite of preachy. You have to get nearly four minutes into the video before climate change comes up.

“When you talk about temperature rising, it had never occurred to me that there was anything to worry about,” says Dylan Tomine, a former fly fishing guide. “And then my home river, the Snohomish, was shut down because of low return numbers of wild steelhead. It was a real wake-up call for me to realize there was something to do out there besides go out and catch fish.”

For Tomine, that something is working with Conservation Hawks, an organization of sportsmen fighting climate change. The group is known for taking creative means to drum up publicity. Its chairman once announced that he would give up his Beretta Silver Pigeon 12-gauge rifle to anyone who could convince him that climate change wasn’t happening.

This is the Hawks’ second film project. The first, Cold Waters, was like An Inconvenient Truth for the sportfishing set. Set along the remote Damdochax River in Northern British Columbia, CHROME is more meditative. It’s like a mash note to the sport itself, with the threat posed by climate change creeping in around the edges. The film never strays from the core activities of the sport: standing around in waders, marveling over the beauty of the landscape, and swearing at steelhead salmon that refuse to get caught. It’s kind of like A River Runs Through It, if you cut all the parts out about fathers and sons and love interests.

The Damdochax River has never been logged. It’s considered one of the finest spots for steelhead around — except that there are few steelhead to be found. A fish whose lifecycle involves traveling all the way to the sea and back can run into a lot of misfortune before it returns to the pristine waters of Northern B.C. There are warming waterways, changing ocean currents, and an acidifying ocean that “is bad for everything except jellyfish.” That last bit is courtesy of  Conservation Hawks’ founder Todd Tanner, who sounds not exactly psyched to stalk the wild jelly.

Will fly fishermen go for CHROME? Possibly. There’s always been a significant overlap between conservation and sport hunting. I found this video on “AmmoLand,” a website best described as the exact opposite of Treehugger. When I arrived on the site, a pop-up ad dangled the possibility of winning a Heizer Defense PAR1 Pocket AR Pistol for subscribing to the AmmoLand newsletter. A banner ad for Ruger firearms encouraged me to buy a gun or two as part of its fundraising effort for the National Rifle Association, on the grounds that the time remaining until President Obama leaves office, “is the most dangerous period in history for the Second Amendment and our freedom.”

Judging from the comments section, AmmoLand’s readers are less than impressed with the film. “As climate change is a natural process, how would you suggest stopping it? Spending money, no doubt,” one commenter wrote. “Climate change – as old as the earth and not going to stop for some stupid little ‘people,'” wrote another.

Still, I find the Conservation Hawks and their political organizing encouraging. As concern about climate change goes mainstream, the movement is also getting weird and spreading out to the fringes. Welcome, fly fishermen. Nice waders.