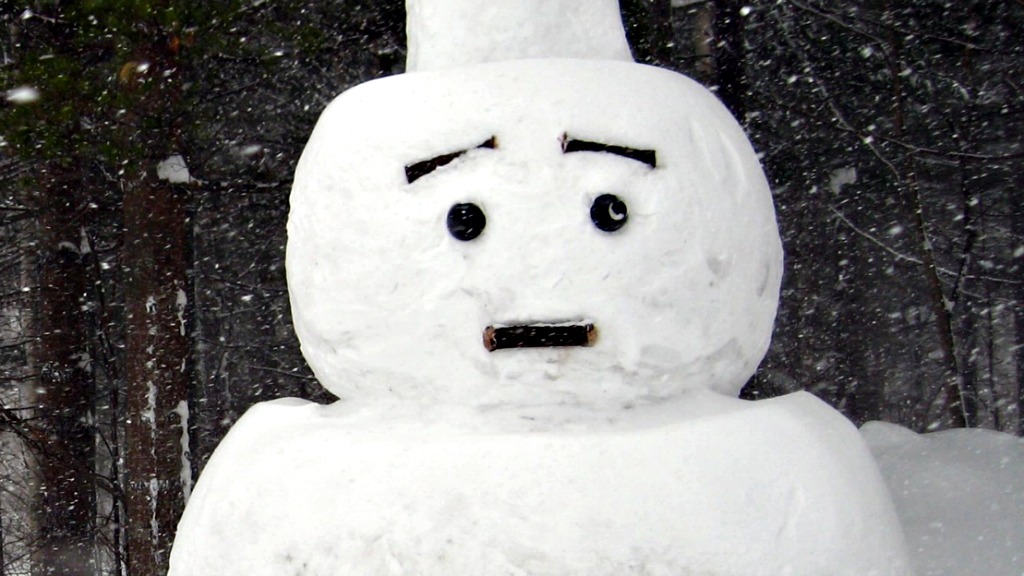 Snowmen and -women might be the best climate activists (at least, until sweaty polar bears are commonplace). So thought the Onion in an oldie but goodie that just resurfaced on Reddit. The article includes these gems:

Joe Centigrade, president of the Advocates For Beings Of Frozen Precipitation, spoke at a mass rally Tuesday on Washington’s National Mall.

“The unseasonably warm winters of the recent past are a clear indication of a real environmental threat to humans and their frozen simulacra,” said Centigrade, his coals arranged in a frowning pattern. “As snowmen and snowwomen, we accept the inevitability of melting, but the actions of man are causing us to evaporate well before our time.”

Speakers at the Washington rally included a Chicago snowwoman who had lost three snowchildren to warm temperatures, the Rev. Jesse Jackson, and Larry Chilly, formerly a 6-foot-tall, triple-segmented Muncie, IN snowman, who had been reduced to a slushy head.

Poor Larry! At least there was a good crowd of snowpeople at the rally (as well as stray snow abdomens rolling around). But of course there were skeptics too:

[S]aid Dr. Harley Morrison, a biochemist who has advised President Bush on scientific issues, “There have already been several major blizzards throughout North America this season alone. I made a snowman myself, and he lasted for several weeks.”