Over the weekend, tens of thousands of activists in 13 countries on six continents protested against climate change and the burning of fossil fuels.

Part of the Break Free campaign, activists from the coal fields of Germany to the oil wells of Nigeria to the rail lines of Washington state showed up with the same message: keep fossil fuels in the ground and transition to renewable energy. 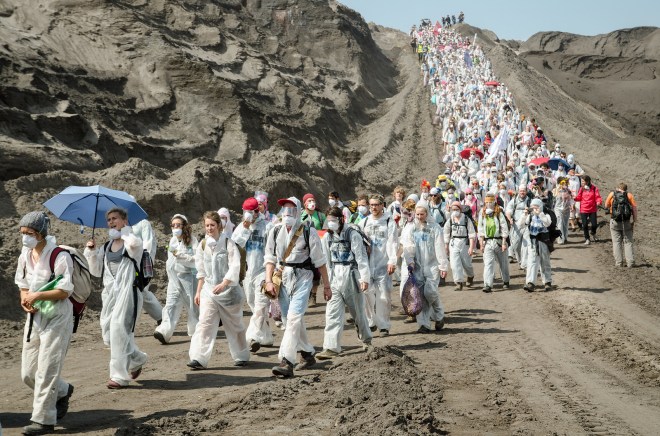 In Anacortes, Wash., 52 climate activists were arrested after blocking train tracks servicing refineries owned by Shell and Tesoro, two of the largest sources of greenhouse gas emissions in the state. The three-day protest in Anacortes also included community workshops, kayaktivists, and a three-mile march along Fidalgo Bay, right in front of the oil refineries. 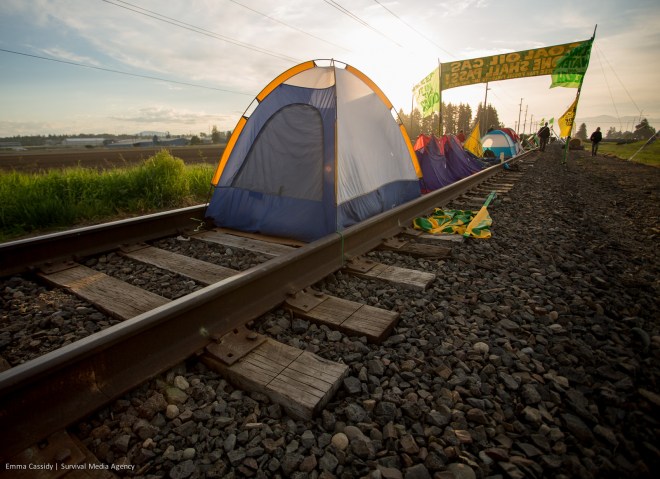 Five activists were also arrested for blocking a train outside Albany, New York.

“From rising sea levels to extreme storms, the need to act on climate change has never been more urgent,” reads a statement released by Break Free. “Added to that, the fossil fuel industry faces an unprecedented crisis — from collapsing prices, massive divestments, a new global climate deal, and an ever-growing movement calling for change. The time has never been better for a just transition to a clean energy system.”

Highlights from the actions, according to Break Free, included halting $20 million worth of coal shipments Newcastle, Australia; the 48-hour occupation of a lignite mine and power station by 3,500 activists in Germany; and a 10,000-person march against a proposed coal plant in Batangas City, Philippines.

See more photos from the worldwide protests below: 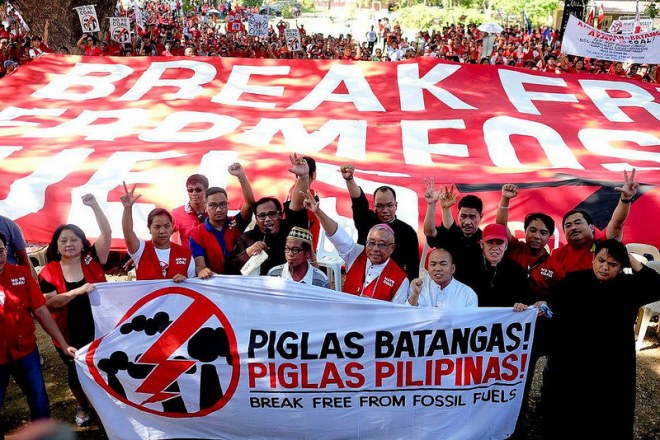 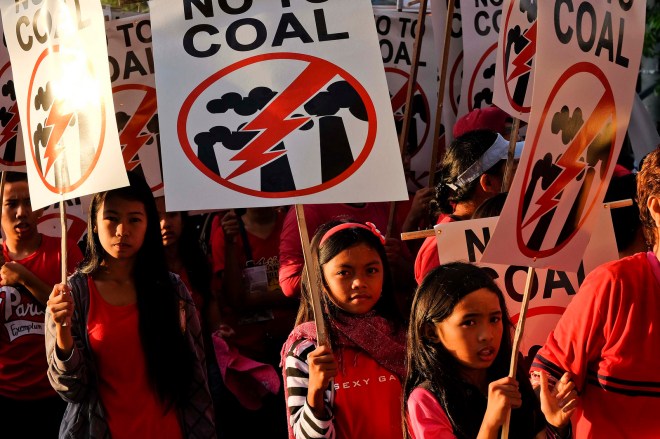 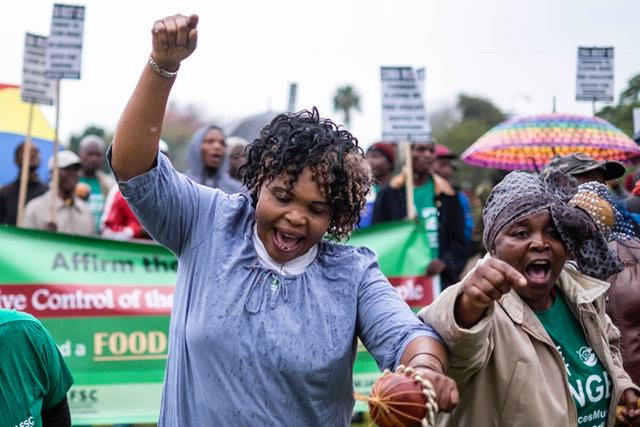 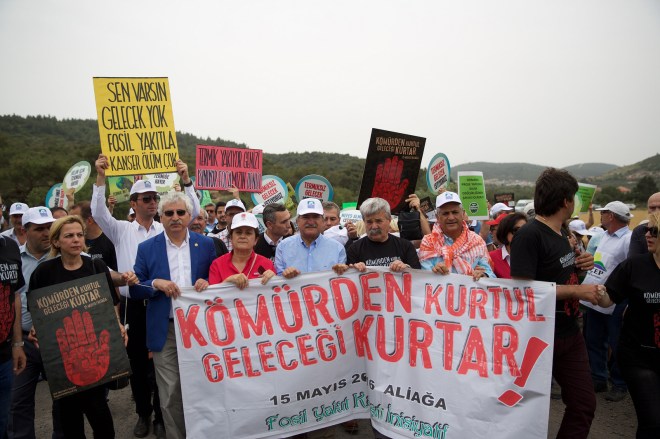 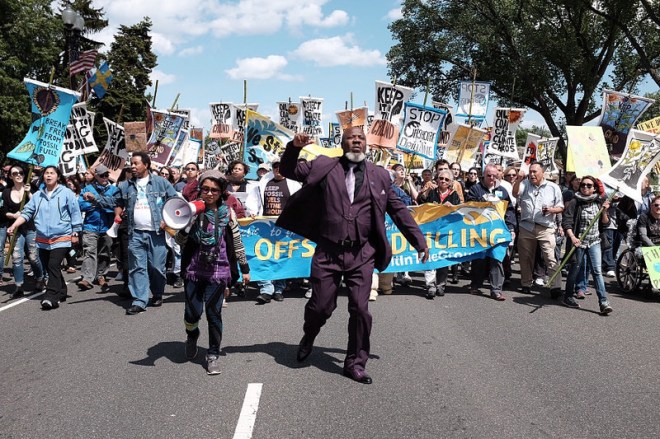 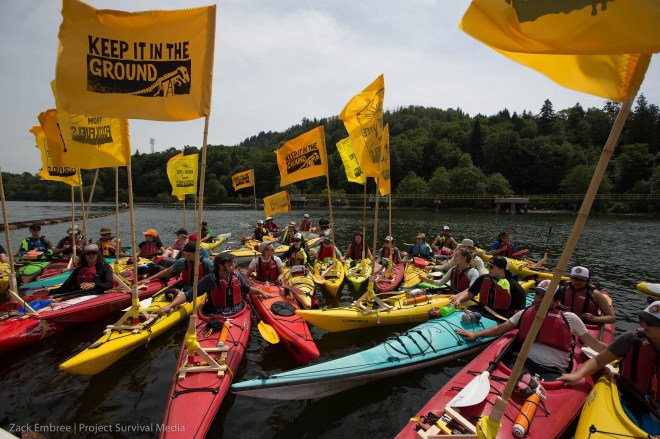 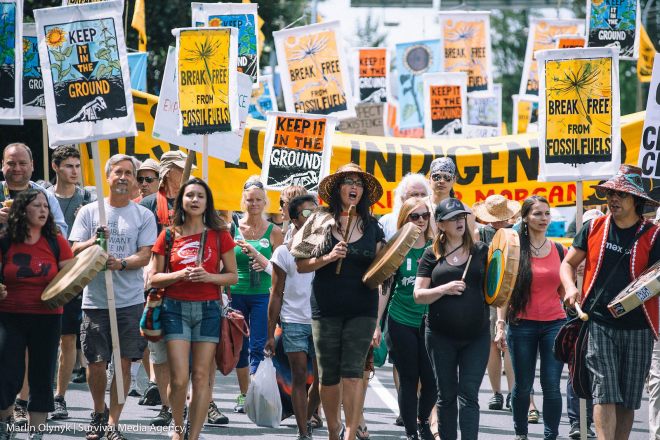 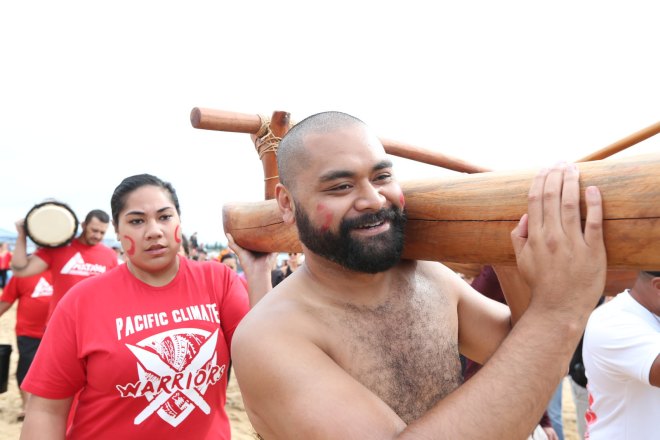 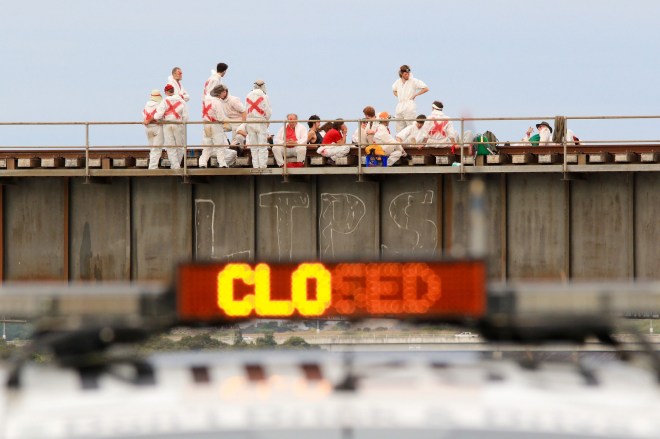 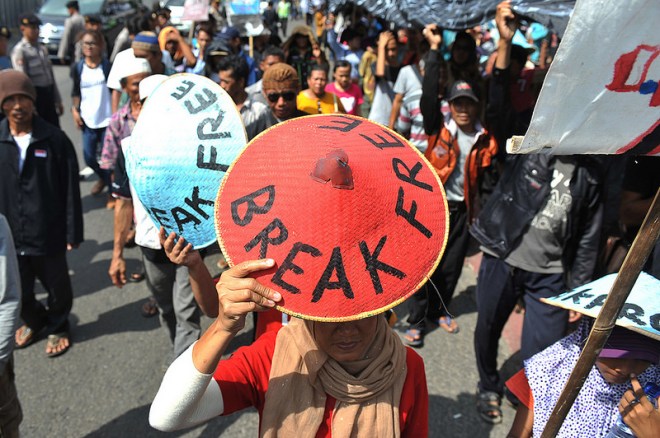 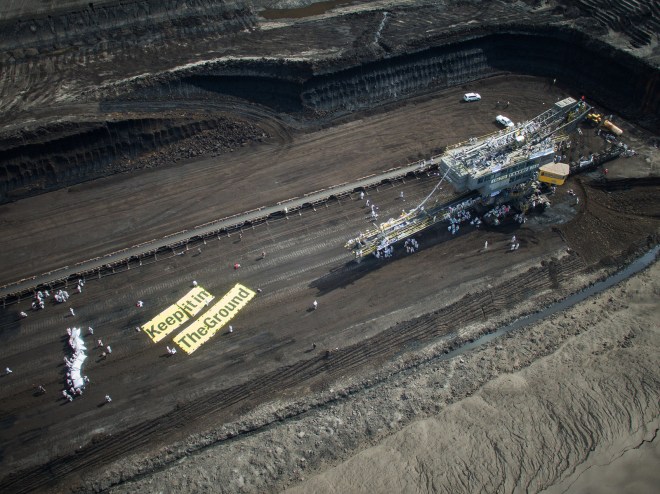 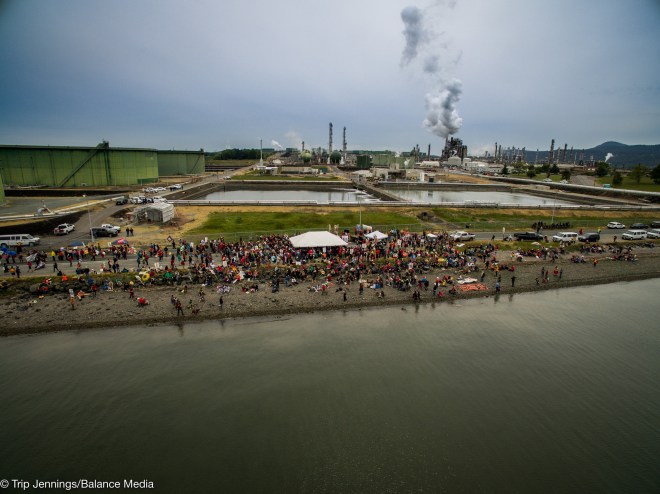 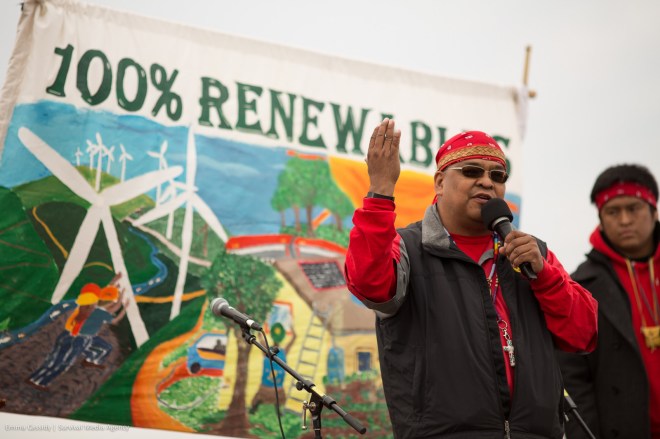 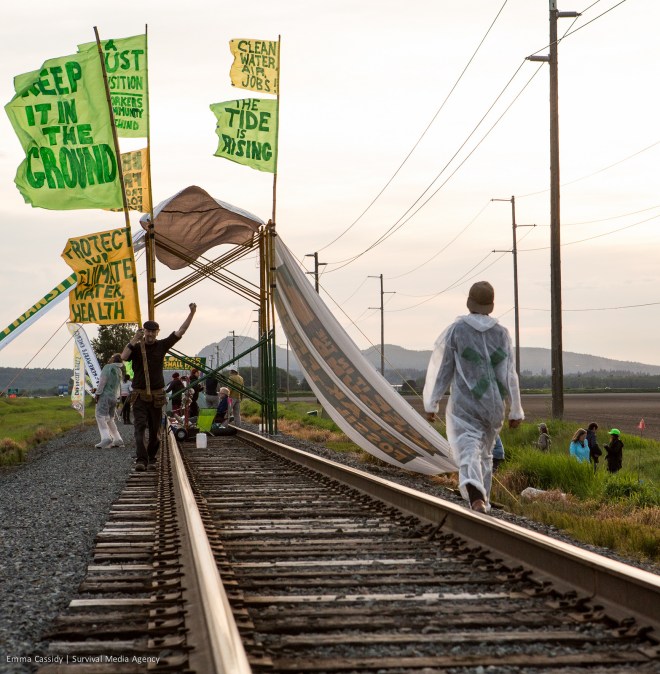 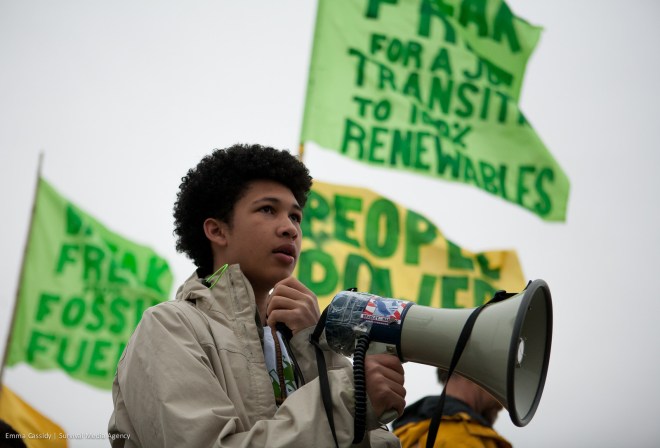 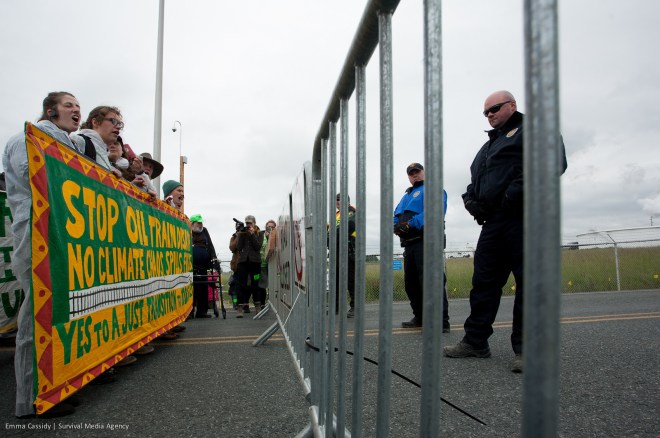 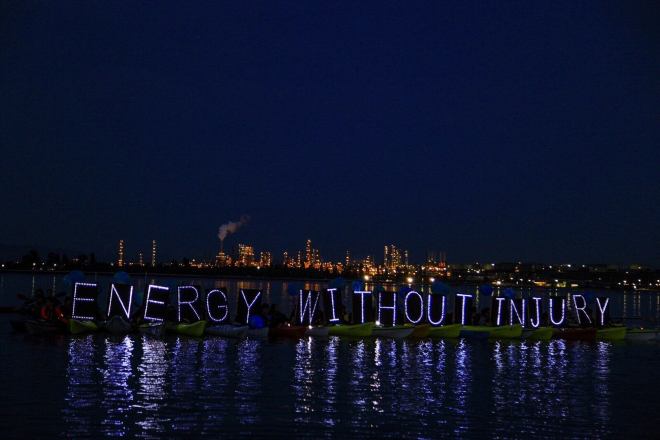