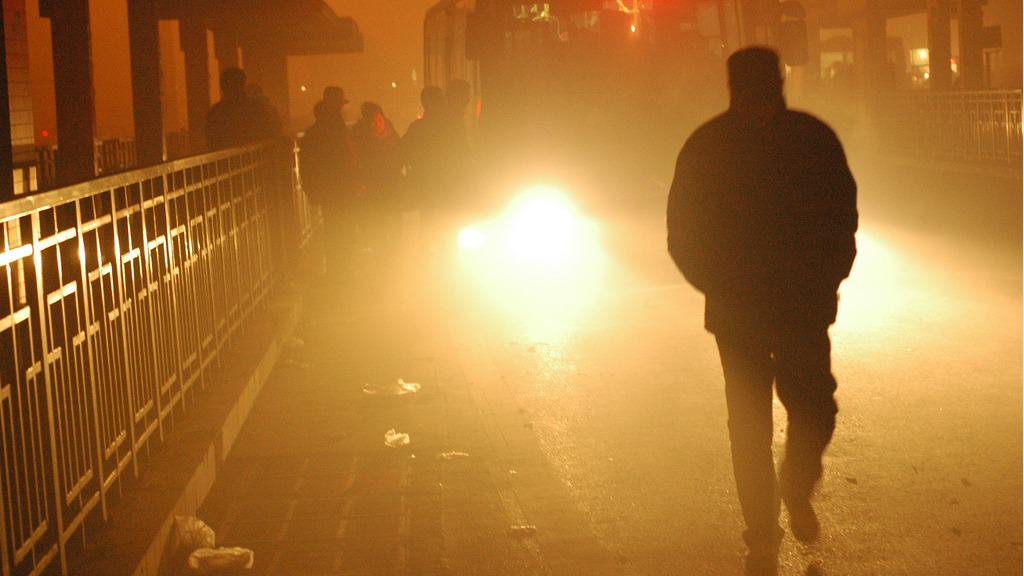 Everybody is so mean to smog, but I think you’d really like it. I mean, I know you, and I know smog, and you’re a great match. You’d just hit it off, I’m sure. Just because you’ve “heard” “bad things” about smog doesn’t mean they’re true. Smog’s probably wary of YOU after seeing those old Facebook pics of you from college! Just give smog a chance, OK? Pleeease? (I may owe smog’s roommate a favor.)

Look, even a writer for a Chinese state TV station CCTV likes smog! And he’s probably around it ALL the TIME. Someone who hangs out with smog THAT much couldn’t be wrong. Writes the Telegraph:

Smog was making Chinese people equal since it affected the lungs of both rich and poor, the article argued … It was also a boon for Chinese humor, since residents of mainland China were turning to comedy in order to keep “light hearts” in the face of what has been dubbed the “airpocalypse.”

See? Smog is funny! You two are gonna crack each other up. But don’t worry — smog’s an intellectual too, just like you:

But perhaps most importantly, pollution was improving Chinese minds, CCTV’s journalist argued. “Our knowledge of meteorology, geography, physics, chemistry and history has grown [because of pollution] …” the author argued. “Without this haze, would you know what PM2.5 was? Would you know that 60 years ago the haze claimed 12,000 lives in London? Would you even know the words ‘haze’ and ‘smog’?”

I told you smog was awesome. (You can thank me at your wedding reception.) Oh — there’s a TINY chance you’ve met already. But only if you live in L.A.