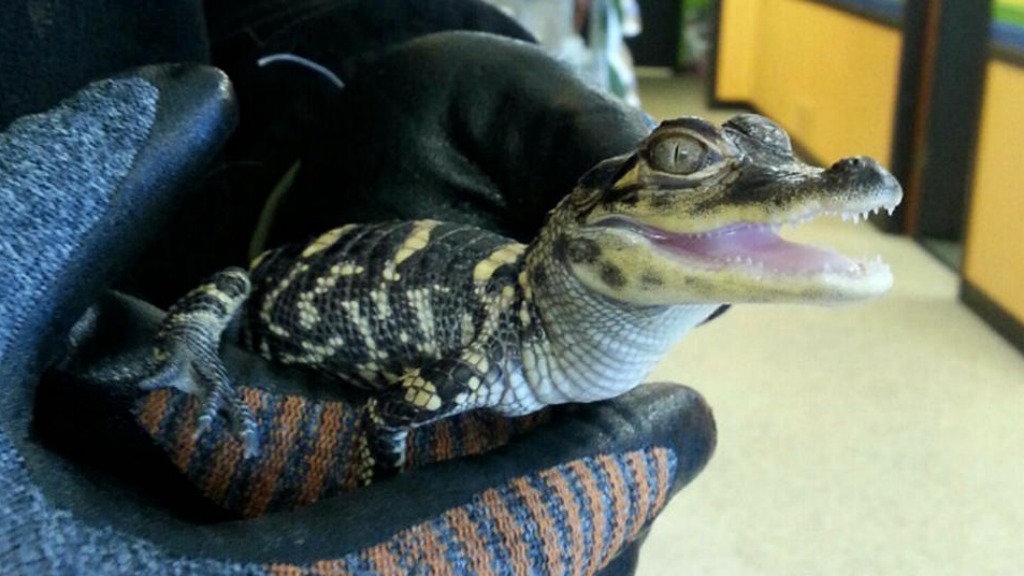 Who wouldn’t want to adopt a baby alligator named Chompey? He could keep you company, get rid of excess muskrats, and if you’re lucky, bite off your legs!

Sadly, such bliss is not to be for residents of Waterloo, Iowa — specifically, the unnamed resident who bought and subsequently had to surrender Chompey. (You might say the city’s anti-alligator regulations were his Waterloo. But you’d probably make a lot of people mad.)

Like most babies, Chompey started out sweet before getting majorly annoying:

[A]nimal control officials … kept the creature in an aquarium while figuring out what to do with it. Then the gator started snapping and making noises.

“He was really kind of cute, but he was also kind of naughty,” said Maria Tiller, Waterloo’s code enforcement forewoman. “I didn’t want him in my office anymore.”

Chompey is relocating to somewhere warmer. Like maybe under the covers with you? Chompey calls big spoon!